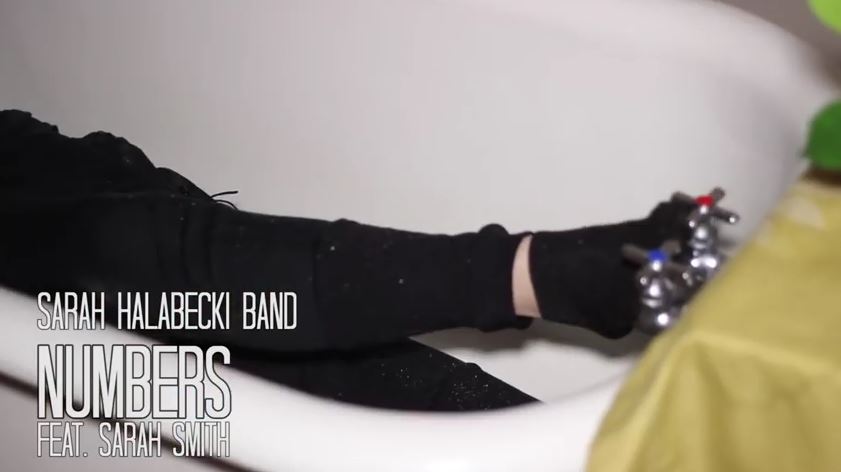 London, ON based artist, Sarah Halabecki released an official video for her song, “Numbers” last week. The song is off of Sarah’s debut album, In a Balanced World. Both the song and video feature Sarah Smith on background vocals. The video was produced by Michael Del Vecchio at 331Arts and features Sarah and her band jamming away in a rehearsal space, as well as some scenes of Sarah in the bathtub alone.

The song is said to draw on some of the darker times in Sarah’s life. “It’s about feeling angry and jealous of people who seem to live safe, happy lives while your own life is turbulent and dangerous.”