Interview – Demise of the Crown 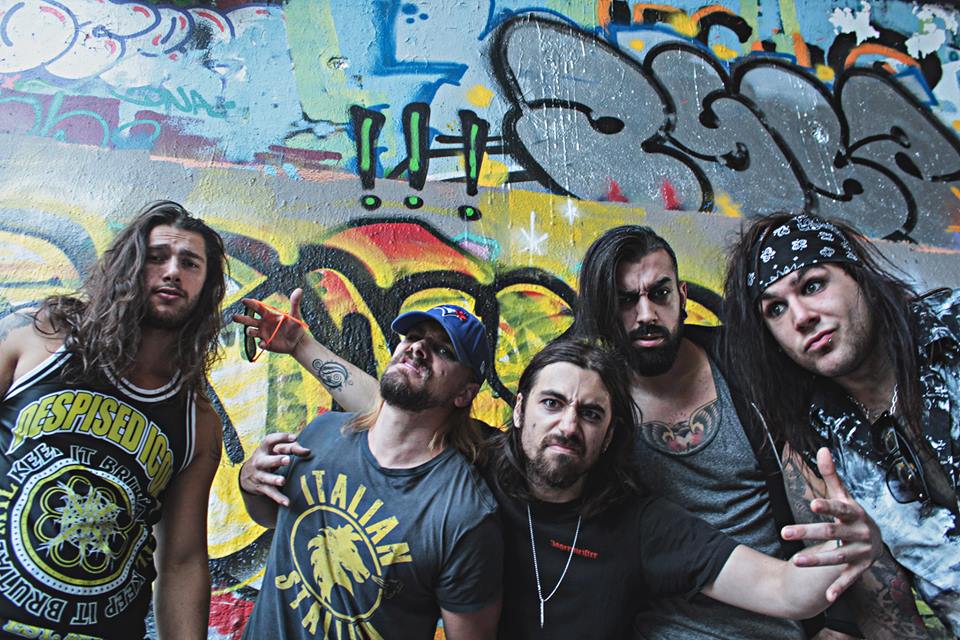 Demise of the Crown has laid down the power metal gauntlet with the release of their album earlier this month. Being new on the scene I wanted to get in touch and find out a little info on the new album, and of course the band. I had the chance to ask guitarist, Manuel Iradian a series of questions.

Tell me a little about the history of Demise Of The Crown, how did the band get started?

I started the band like any other kid having the “rockstar” dream fantasy that we see growing up as teenagers. In October 2009, I met singer Darren Beadman and we only did acoustic covers at first, Skid Row, Helloween stuff like that. Being the main songwriters in the band, we didn’t start writing originals until much later. We had to become friends first, learn to respect each other and learn each others strengths and weaknesses. Slowly, but surely, the rest of the band members came about through just being involved in the Montreal metal scene, going to shows and meeting other musicians in various bands.

You all played in bands before, can you name a few of them?

Is the music from any of those bands still available?

If I would have to start from the roots, I would say Mozart. My father would play it on our sound system (1992) I don’t even think he liked it, but for whatever reason, he would put it on and it had such a strong impact on me at such a young age. When I got older, The Offspring’s Americana came out in 1998, and that was huge for me at 10 year old. Today my influences are Nevermore, Opeth, Faith No More, Escape The Fate, Yngwie Malmsteen, Decapitated, Ozzy, Pantera, Van Halen and many more, but those are crucial.

Without spoiling anything can you tell me a little bit about the new album?

Its very dark and melodic. Its got an original blend of styles you may not anticipate at first. It has big choruses, explosive heartfelt guitar solos and is subtly progressive in its nature. It’s kind of our signature sound, I guess.

Where did you find the inspiration to write this album?

From being around so many great bands here in Montreal. It gives you a reality check, all these bands are in competition with each other, I don’t care what anyone tells you, they are. This is a great thing, because as a result (for me at least) it makes you write better music, and makes you push yourself more as opposed to living somewhere where metal scene and “competition” aspect is lacking. That and getting dumped by some broad I won’t mention haha.

Can you tell me a little bit about your bands writing process?

I write the music at home, with a drum machine, but I keep the drums very basic because Kevin writes all his parts in the end. Once the music is done, I hand it off to Darren. He usually puts it on his Mp3 player and goes for long walks, plotting out the lyrics and melodies. Once that is done, I go to our rehearsal space and I pre-prod Kevin’s drums, then Darren vocal. BOOM, song is done.

Who produced your album and where was it recorded?

Kevin Jardine at Uplift Studios in Montreal and was Mastered by Joao Carvalho (Protest the hero, Alexis on Fire, SmashingPumpkins) in Toronto.

When can fans expect to get their hands on a copy of the album?

This album is digital release only. Do make sure to head over to DemiseoftheCrownOfficial.bandcamp.com

We have a new albums worth of material, at least 12 songs that are ready to get recorded, problem is $$. We are beyond excited for this one, its going to be very special. We’re going in the studio with Glen Robinson March 6th to record a 2 song EP with 2 new music videos, we will then try to get signed to a worthy label through management. Who knows what the future holds.

Have you played any recent shows? Do you have any coming up?

Yes we have played a really kick ass show at Petit Campus a couple weeks ago, another one at Club Soda and now were going to do this Wacken Metal Battle Canada, even though were not super big fans of “battle of the bands” a chance to play Wacken is every metal bands dream.

What is your opinion on the current music scene in Canada?

I don’t really have one, all I know is that I love the bands and music that I love and that’s what keeps the rest of the guys and I going in this game, whether it’s from Canada or not.

Share this:
Related ItemsAsher Media RelationsCanadianDemise of the CrownMetalMontreal QC
← Previous Story On The Spot with Cory Marquardt
Next Story → Interview – Andrew Frelick