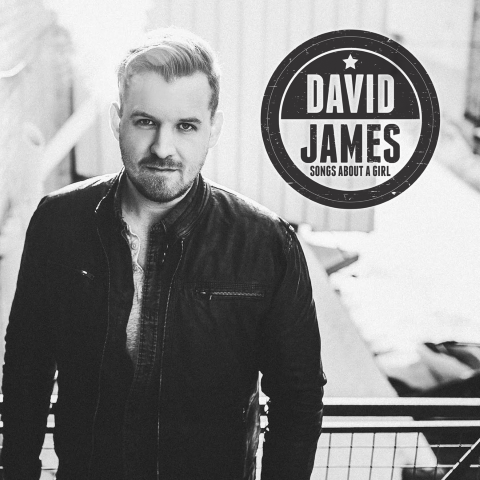 David James is a Manitoba Country Music Association award-winning country artist and Canadian Country Music Association® 2014 Discovery Program finalist from Winnipeg. David has just released his debut and much anticipated EP Songs About a Girl. It features six full-length tracks, including two very successful previously released singles “What We Weren’t Looking For” and “Some Hearts.” The EP also features his third single “Lonely Girl” which was released to Canadian country radio on March 8, 2016.

James produced this EP with two of the industry’s premiere talents: Darren Savard and Carly Savard (Savard Music in Vancouver). It was a long time in the making. The EP had to be just right; and it is. Songs About a Girl is well written, well produced and well performed. The songs are authentic, coming straight from the heart. They are about love, kindness, passion and perseverance, the pouring out of your soul to those you truly care for. These songs, with their bare honesty, will evoke something deep within each and every person. On his songs, James says, “I’ve poured so much of myself into all six of these songs, and that’s precisely why they’re on this album.”

The first track, “Lonely Girl” (written by Ben Tennis, Brad Rempel and AJ Goodvin) is very catchy and upbeat; pop inspired, I think. It draws you in right from the start – it’s about the boy reaching out to the girl and wanting to be her hero – and wanting him to win her love.

Halfway into this EP is the tune “The One I Always Wanted.” It’s another love song, but after all, the title of this EP is Songs About a Girl. It pumps you up; makes you want to kick up your heels, enjoy the lively beat and sing right along.

The ballad “Starts With a Girl” makes you also want to instantly sing along. It has a vulnerability to it though. It will have you believing in romance and the beautiful love that follows. As the lyrics pull you in, you close your eyes and your body flows to the sweet-sounding melodic piece of music. This one balances out the EP.

The final track “Lay It On Me” is one that James co-wrote with Brian White. This one jumps out at me – it’s my favourite. The song connects with my heart. The lyrics seem to break down the emotional barriers that we tend to build. It is open and raw. It draws you in, wanting you to be a part of what is happening ­ – the drive that makes you want to be with that special someone; right at that moment.

Give David James a listen. I believe that the longer you listen to Songs About a Girl, the more you will appreciate and love the album. If you haven’t heard of this artist before, this is the perfect opportunity to check him out by grabbing his debut EP. For those of you that are already a fan of David’s music, you will be more than delighted with this just released album. The train that is David James is taking on new steam with the release of Songs About a Girl.