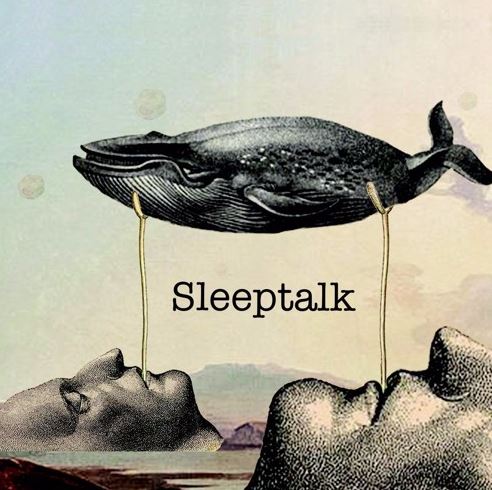 If Sigur Rós and Ultravox had a baby and raised it on Shadowy Men on a Shadowy Planet that baby would no doubt grow up to be The Smoking Bells. Part psychedelic post-rock, part groovy new wave, part trippy, soulful surf Sleeptalk, the first full length LP from the Toronto based act, is nothing short of a sonic adventure. Much more ambient than 2014’s The Civil Service EP which was driven by typical rock guitar rather than more experimental post-rock guitar textures; Sleeptalk carries on the progression of the band’s sound which was so notable on last years For the Kids EP.

February saw the release of the first single from the album, “Good Woman”, a groovy number that personifies the album as a whole and is perhaps the perfect introduction to the album for those not accustomed to the more experimental side of indie music. The follow up single and title track, “Sleeptalk”, takes us on a mellower, almost jazz like turn with an infectious hook that will keep you up at night for just one more listen. Arguably the highlight of the record is the closing track, “Big Kahuna”, being everything that is good about post-rock. Deceptively simple keys, understated drums and dreamy, velvety vocals that beg for long nights spent lying in dark the air filling with sound.

Sleeptalk comes across as a bluesy concept album with an airy disco hook that belies the darkness of the lyrics, weaving a terrifying yet compelling tale of the experience of being over powered by the mythical succubus. An approach that has allowed this multi-talented trio to cultivate richly vivid aural landscapes which draw from both the fantastical and stark reality and deliver a seamless sound that draws the listener in.