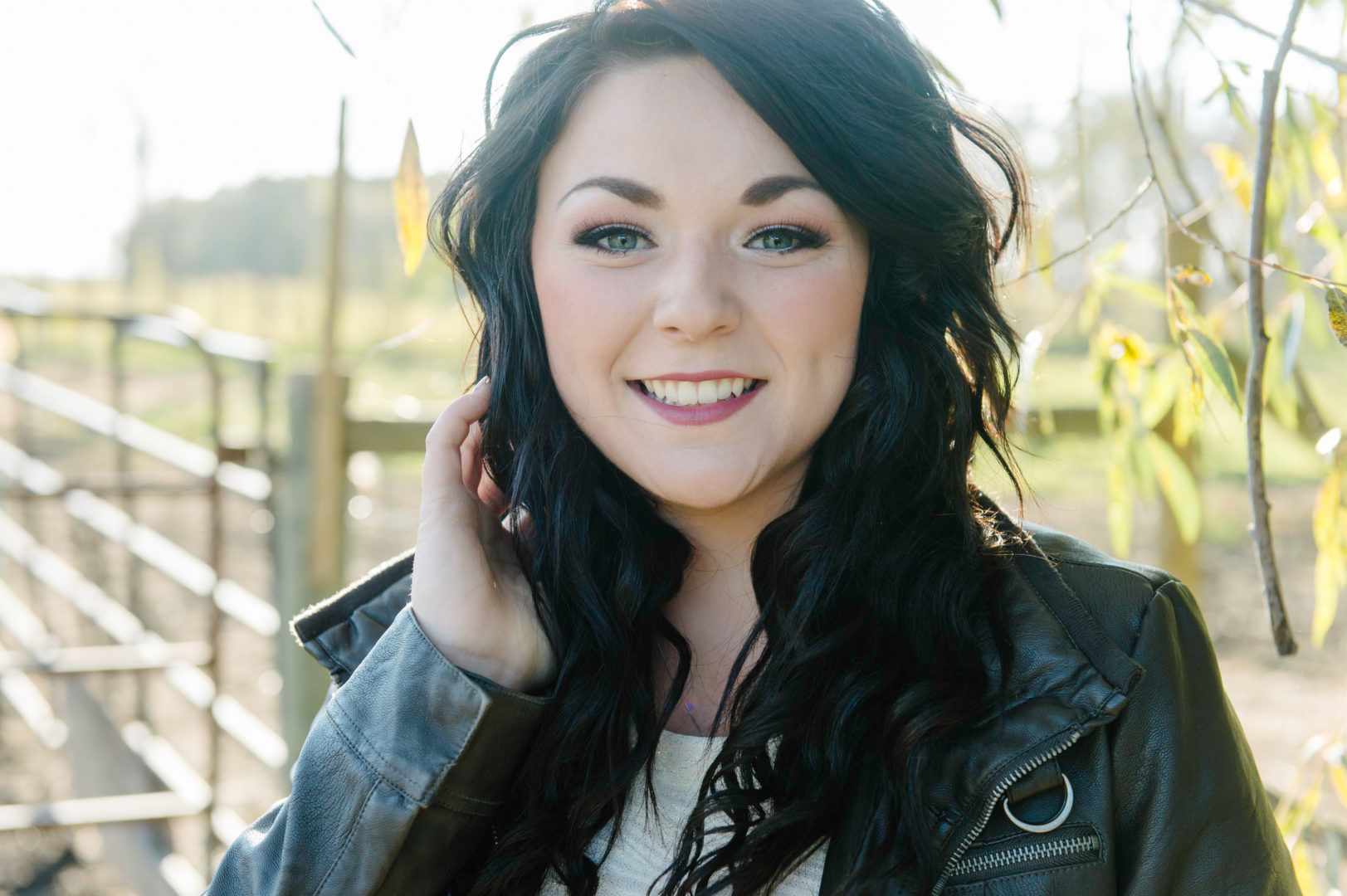 19-year old emerging country singer-songwriter Kendra Kay, who reigns from Elkhorn, Manitoba, and still calls this small town of 500 her home, is the 2015 Manitoba Country Music Association (MCMA) Female Artist of the Year and has recently released her latest single “I Take My Country” to country radio across Canada.

In 2013, she travelled to Nashville, Tennessee, to record a demo for a radio contest and through a chance encounter Kay met with renowned producer and songwriter Jeff Jones. Because of his belief in her, doors were opened leading Kendra to perform at numerous Nashville venues including Tootsie’s Orchard Lounge, The National Underground and Cowboy Kewl, along with venues in Canada.

January 2014 saw Kendra Kay release her first single “It Was” to Canadian country radio. This song was co-written by Canadians Carolyn Dawn Johnson, Jason McCoy and Natasha Zimbaro, and produced by Jeff Jones. Kay released her debut EP Broken and a second single “Some Things Go Together Like That” in the fall of 2014. She was kept busy in 2015 by releasing two more singles to radio –“Broken” in February and “Our Days in the Sun” written by Deric Ruttan and Darrell Brown, in June. Her latest single “I Take My Country” was released in January 2016.

Canadian Beats was fortunate enough to chat with Kendra Kay about her music, upcoming plans and more.

Tell us a little bit about yourself, what made you decide to pursue music as a career?

Music has always been a passion of mine, to be able to do something you love and call it a career is something everyone hopes of having.

If someone hasn’t listened to your music before, how would you describe it?

When someone listens to my music they can always expect to hear a modern twist on traditional country music. I’ve always liked songs with lots of energy and with powerful vocals so when writing or picking songs for myself, that’s always a must.

Carrie Underwood is one of my biggest musical influences. I love the power behind her voice and the edge to her music. It’s something that I tend to pull into my music.

Recently, you released a new single, “I Take My Country.” We’ve heard you had a lot of success with it, especially through Facebook. Tell us about that.

The release went great! I had amazing feedback and received so much support with131 shares and 169 likes on Facebook and close to 1,300 views on YouTube all within the first day of its release.

What was your inspiration for “I Take My Country”? With who did you co-write this song?

For me, growing up in a small town, being a part of the rodeo scene, being on the farm and having true country roots is something that I am really proud of.  I wanted to be able to write a song that showed people that you can’t ever take the country away from me, no matter where I am. I wrote “I Take My Country” with Nashville veteran songwriters Jack Williams and Josh Shada. Williams is a writer on Aaron Pritchett’s current single “Dirt Road In’em” as well as David James’s “Starts With a Girl.” Jack has cuts with Kevin Costner, The Oak Ridge Boys, Gregg Allman and several others. Josh is a young emerging singer-songwriter and recording artist out of Nashville. When I sat down in Nashville with Jack and Josh for a writing session I explained to them what I was looking for and we came up with “I Take My Country.”

What role do you think social media plays in an artist’s success these days?

I feel social media is a key component to any artist’s career. I am lucky to have such a great following and support on my social media from my friends, family and fans. Being able to connect to your current fans and create new fans all from interacting and keeping them connected in what’s going on is huge.

2015 held many milestones for you. In July, you won 730 CKDM’s Battle of the Bands at Dauphin’s Countryfest. In September, you were invited to perform three showcases, including two at the prestigious Diamonds in the Rough, during Canadian Country Music Week in Halifax, Nova Scotia. You were chosen by Manitoba Music to showcase and represent Manitoba at a BreakOut West Event in Nashville, Tennessee, in September 2015. Tell us about those experiences.

They were all such amazing experiences for me. Every time I get to go out and perform, I grow so much as an artist and as an entertainer.

I was very excited. These past couple years, we all have been working so hard, with preparing the EP, releasing singles, shooting and releasing videos, playing tons of shows and travelling lots, it was awesome to see all this recognition.

You won the MCMA Female Artist of the Year. How did you feel when your name was announced?

I couldn’t believe it. I think it was the first time in my life that I have ever felt speechless. I felt so honoured just to be nominated and I was not expecting to walk away with an award that night.

Your parents were in the audience. That was a very proud moment for them. Tell us about how you felt, being able to share this moment with them.

My parents have done a lot for me on this journey and I would not have been able to have done what I have without them. They are my biggest supporters and to have had them there really meant the world to me.

My goals are to just keep doing what I am doing! We are starting to set up for our summer shows; booking fairs, rodeos and festivals, including Dauphin’s Countryfest.

Here at Canadian Beats, we like to include a portion of questions that may help your fans learn something new about you, so here we go:

Canadian Beats is all about Canadian music, who is your current favourite Canadian artist?

Shania Twain has and will always be my favourite Canadian artist.

I believe it was Terri Clark when she played in Brandon.

What was the first venue you performed at?

My school’s Christmas Concert when I was eight years old.

There would be no better place to tour than the great country of Canada.

George Strait – What’s your thoughts about the change in country music from when you first started to now?

If you were in charge of a weekend long music festival, what would the line up look like?

What is your favourite past time?

Going for long rides on my horse.

When I am not singing, I work with children.

I would like to thank everyone for all their continued support so far on my journey, it means a lot to me!

We, at canadianbeats.ca, thank you so much for this awesome interview and we wish you continuous and lasting success.

Grab Kendra Kay music on iTunes:
I Take My Country
It Was
Our Days in the Sun
Broken EP

“Support live music in your area – get out and see local artists perform at your favourite venues.”