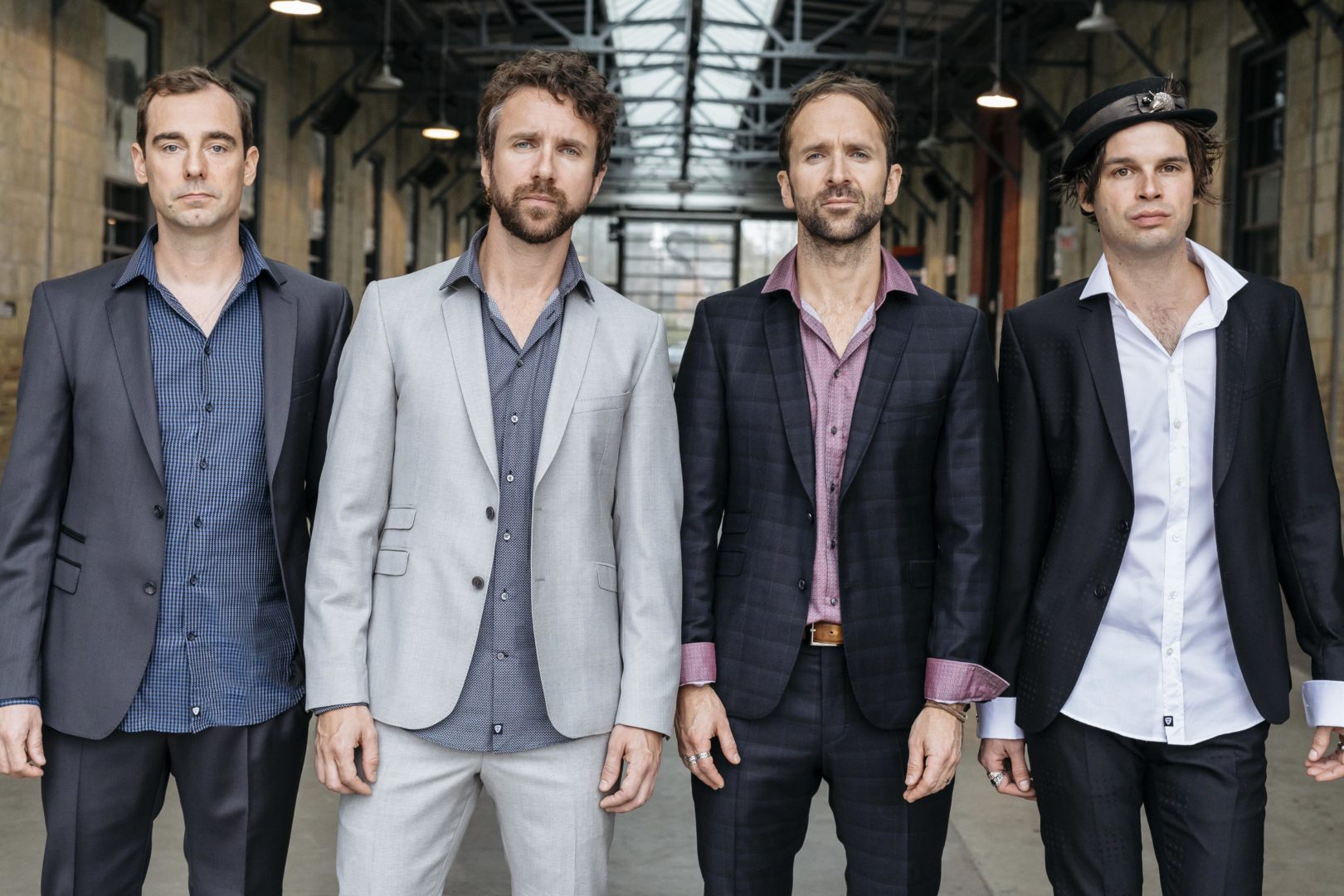 Canadian Beats recently had the pleasure of catching up with John-Angus MacDonald, lead guitarist from legendary Canadian rock band, The Trews.  They are currently enjoying the final stretches of their Canadian Acoustic Tour that includes 21 shows across Western Canada and Ontario, wrapping up on March 16 in Midland, ON.  Coinciding with this tour is the reissue of Friends & Total Strangers on expanded deluxe CD and double vinyl, with MacDonald producing all of the tracks on the album.  This critically acclaimed Canadian Acoustic Tour is not to be missed.  It offers a rare and remarkable way to see The Trews perform, as it allows them to display their quieter side while showcasing their music, including hits from their 2014 album, The Trews.  MacDonald shared with Canadian Beats some insight into the tour and hinted about what fans can expect from The Trews after the tour is over.

In 2015 you reissued your 2009 acoustic album, Friends & Total Strangers, including being released on vinyl for the first time. Canadian Beats was also present at the Andy Kim Christmas Concert in Toronto where you previewed a small selection of acoustic music.  What prompted you to do an acoustic tour this time around?

Actually the reissue concept came about because of the acoustic dates we had booked. We don’t typically like to go out on a run without something new to offer our fans. So when it looked like these acoustic offers would turn into a tour we decided it would be a good time to issue FATS on vinyl and reissue it with some performances from that same show that never saw the light of day.

Compare your experiences with an acoustic tour compared to a full electric tour.  How have fans responded to this acoustic tour?

The audience response has been terrific. The big difference for us is that we’re sitting instead of standing but what I find interesting is that the energy level between us and the audience doesn’t seem to be sacrificed by playing acoustic, which I like.

Your 2016 Acoustic Tour has featured some special guests (Rich Robinson formerly of The Black Crowes and Serena Ryder).  Can we expect any further guest appearances on the remainder of the Ontario leg of the tour?

Ya never know. It was a treat having Rich open a few shows out west. He sat in with us every night for a couple of tunes. We have a pretty open door policy when it comes to our musician friends sitting in with us so anything is possible.

What has been your most memorable or fun tour story to date?

4 out of 10 of our band crew got food poisoning from Indian food that we had on our catering on the third last show out west (which was just last week). Memorable but NOT fun…

When on tour, who in your band…

Requires the most sleep?

Packs the most luggage?

Participates in the most antics and trouble making?

What types of things do you do as a band in preparation for a tour?

Try to get on a night owl schedule.

Are you visiting any locations on this tour that you have never toured at before?

I don’t think so. We’ve been touring this country for quite awhile so there aren’t a lot of places we haven’t been.

What can fans expect from The Trews for the rest of 2016?

We’ll be out and about this summer doing some festivals and there will be some sort of release before the end of the year.

With spring just around the corner, many music fans are thinking about summer festival season.  Will The Trews be participating in any summer festivals this year?

Yes, keep an eye out for us!

What is the last concert you attended as fans?

Nathaniel Rateliff & The Night Sweat at The Phoenix.

Ooh La La by The Faces.

Does anyone in the band have any hidden talents that they care to share?

In 20 words or less, describe The Trews.