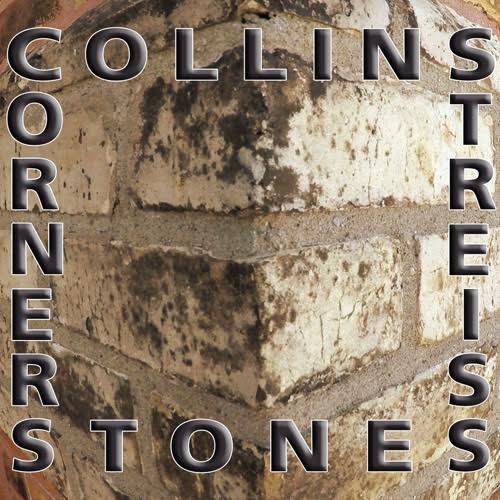 Collins and Streiss is a duo consisting of Mark Collins and Anton Streiss from Toronto. With influences including Gordon Lightfoot, Pink Floyd, Deep Purple, The Guess Who, The Eagles, and many more industry legends, their mix of acoustic, folk, jazz, rock, pop, and contemporary becomes very apparent in their EP Cornerstones. With four tracks available on the digital download, and five on the physical CD, the listener will get lost in the relaxing sounds of the music and lyrics.

The EP opens with “Saturday Night (Radio Edit)” which features Steve Wingfield. The song starts off as more of a folk sounding song before the jazz elements are added, giving it an all around easy listening feel. “In Your Love” is slower than the previous song and is absolutely beautifully played. The soft music matches the softer side of the vocals. It’s a song that you can just close your eyes and really listen to, enjoying every part of it. “Does Anyone Hear Me” follows with another soft beginning but has a darker undertone in the bassline. “Black Diamond” takes on a much more upbeat sound, focusing more on their influences of rock than folk. The digital copy only has four songs, but “Written In The Stars” is included on the physical version, as well as a single on iTunes, and includes beautiful harmonies between the vocalists that play off of the instruments, complimenting each other wonderfully.

Overall I was thoroughly impressed with Cornerstones and will be keeping an eye on the duo for anything they may do in the future. The EP will leave listener wanting more, in the best way possible. Though the vocals may not be for everyone, they add a unique sound to their music.