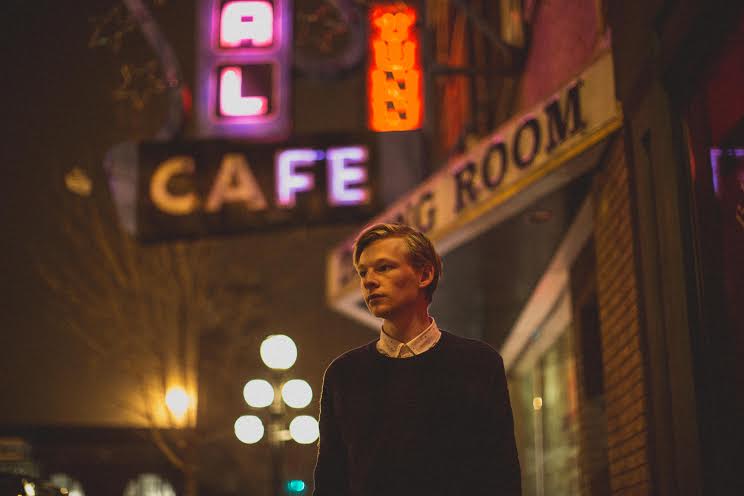 Winnipeg, MB based artist, Micah Visser will be heading out on a Canadian tour this month, and we had the chance to ask him a few questions about that, as well as what he has been up to since our last chat, which you can read here.

While you’re at it, I highly recommend you check out this live video for his track, “I Will Not Return as a Tourist”, which was performed for Big Fun at the West End Cultural Centre.

Hello Micah! What have you been up to since we last spoke?

We’ve been very busy! Last time we spoke, I believe we were just coming off our Western Canadian tour and were preparing to release our new single, I Will Not Return as a Tourist. Now, that’s been out for a few months and we’re thrilled with the reception it’s gotten. Everyone’s been really nice about it and it’s crazy how much attention it’s received.

I’m still really happy with the song but I’m also very ready to move forward so in recent months I’ve been spending all my free time writing new music. Basically, I record demos onto my computer, playing all the parts, then the ones I really like I end up taking to the band and we make them way better as a group.

You are busy gearing up for your upcoming Canadian tour, what can fans except from this tour?

The last tour was really good for me because it forced me to objectively assess what aspects of our performance were connecting with fans and improve on that. Once we got back home and played a few local shows I really realized how much better it felt and how much more prepared I was to play these songs in front of people, which is always a weird thing if you think about it. So I guess just a better show. A show that we are more in love with and a sound that’s just that much more consistent.

If someone has yet to see you live, how would you explain your performance?

I think authenticity is really important in a live performance. The songs I write are very honest and our live show needs to be consistent with that. We have a very energetic show but first and foremost I want to make sure the emotion behind it is genuine and connecting with people. It’s the kind of show that you can enjoy sitting down, but works well for those who want to dance. I want to make sure people are having fun, but I also want the sentiment I put behind the music to stay with people beyond a fun 45 minute set.

When can fans in other areas of Canada expect to see tour dates released?

Without anything being set in stone, we are planning a release in the summer and we will tour in support of it. Now that we’ve started gaining an audience all around Canada, we’re planning on doing a long one along with some festivals to get the word about the EP out there and visit the friends we made over our last tour!

Touring in the Winter can be tough, what items do you make sure you have with you on the road?

Honestly, the only non-essential I take on tour is my Kindle. There’s a lot of driving and having something to read is very important. Haha.

Do you have any days off on the tour, planning on any specific site seeing?

It worked out really well that one of our only days off is in Toronto. I absolutely love the city and am really excited to spend some time out there. I will probably spend my day walking around getting coffee.

Hello there fans and buddies. come to our shows! Skim the dates and if I’m in your city we’d love if you came and said hi. We promise to play our very best for you and will be giving away copies of a secret new song if you get to them fast enough.

For those of you in Winnipeg, we’re playing a really fun homecoming show at the Good Will, and we think it will be really special.

Check out his upcoming dates: 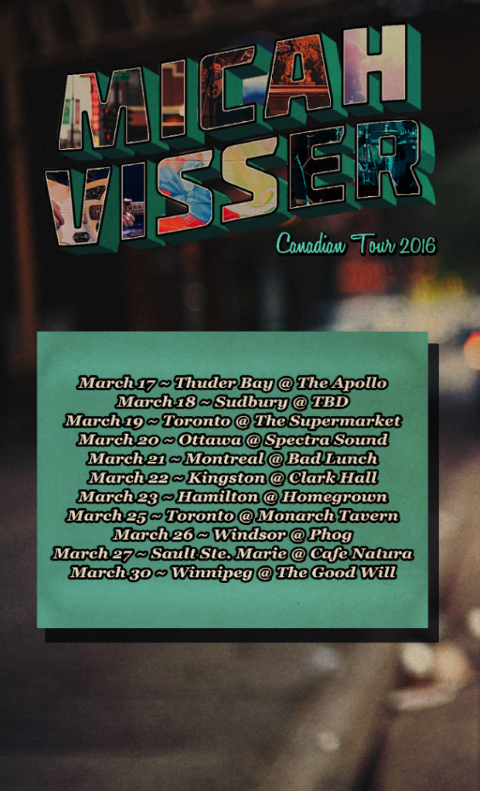