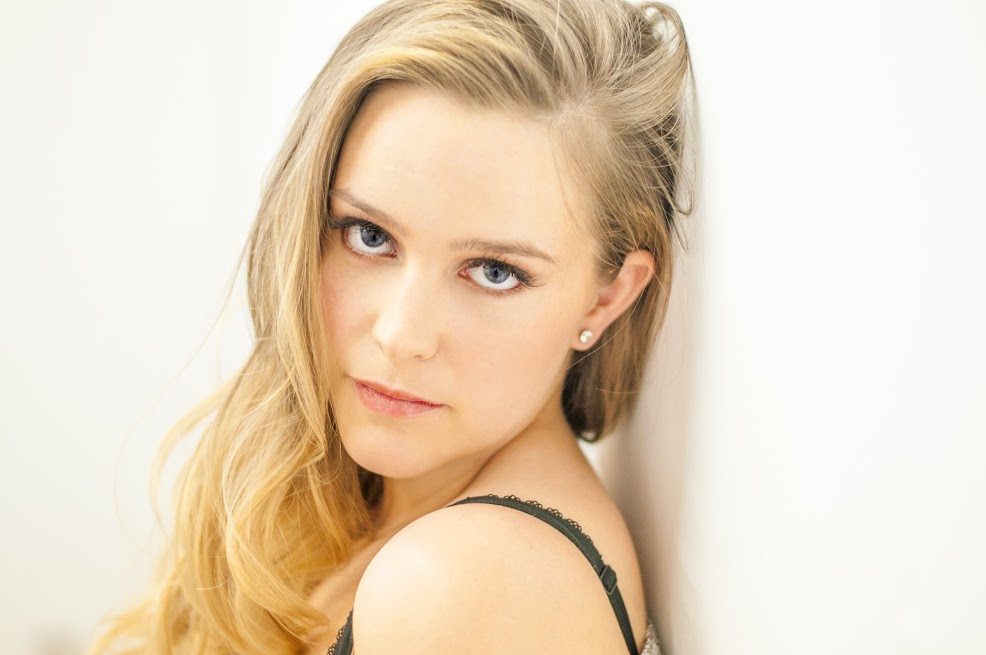 Lia Scott is a French Canadian pop and R&B singer/songwriter originally from Sudbury, Ontario and is now based in Toronto. She graduated from the Randolph Academy for Performing Arts where she studied not only singing and dancing, but also acting. Her new single “Real Love” was released today, so be sure to check out this interview for more details on the release and much more.

First of all, would you like to introduce yourself to our readers?

Hi! First of all, thank you for the great introduction.

I would like everyone reading this to know that my hopes and dreams of being a pop singer have always played a huge role in defining who I am. I came a really long way to be where I am now, but no matter the obstacles I’ve faced, my dreams have always kept me hopeful and strong. As an artist, I really want to encourage and inspire others to keep believing in themselves no matter the obstacle, and to stay strong and true to themselves through it all.

Do you find that taking classes at Randolph Academy helped with your song writing?

I wouldn’t say that classes at Randolph helped with my songwriting in particular, but they did help me on so many other levels.

The program focuses primarily on musical theatre and how to be a professional in the performing arts. I’ve found that most, if not all, of the skills that I learned at Randolph are quite universal and easily transfer over into working as a pop artist.

For starters, I found that studio recording techniques highly resembled musical theatre, as well as film acting. Like musical theatre, you need to be fully committed to the story and deliver it as clearly as possible.

Furthermore, as in film, the microphone will easily pick up on small details. You need to be as genuine as possible while recording or the song won’t turn out as professional sounding as you’d like. It’s also important to know how to listen and take direction from other professionals as quickly and efficiently as possible. The producer can hear things that you may not have picked up on while recording. Instead of feeling defensive, it’s important to know how to take the note and apply it. At the end of the day, you’re both on the same team and you both want what’s best for the song!

Why did you decide to purse a career in music?

I’ve wanted to pursue a career in music for as long as I can remember.  I’ve had encouragement and support from very early on when it came to my dreams, which had a huge impact on me believing that it was possible. I feel that my mom, being the artistic one of the family, had a huge impact on planting my artistic seed. She had me take kinder music lessons as a young child, and recognized my talent for music and singing very early on.

As a shy kid, my mom would often push me out of my shell and convince me that anything is possible if I believed. She introduced me to theatre and musical theatre, and she always encouraged me to participate in something artistic one way or another.

Moreover, my whole family has always been extremely supportive of my dream. My grandmother, Margaret, always had musical talent when it came to singing, and my dad set up a mini recording studio in my room for me to play around with as a kid. The idea of being a singer has occupied 70-80% of my thoughts since I can remember and it’s something I’ve always felt I needed to pursue.

What are some of the inspirations behind your music?

I’ve definitely always been a fan of major pop stars such as Madonna, Britney Spears, Christina Aguilera, Katy Perry, and as of recently Selena Gomez and Arianna Grande. I love how most of these artists don’t simply sing but they can also really put on a show. Their music and performances allow you to move your body, sing along, and escape to another world. It also helps bring people together, whether it is played at a party or with friends, because their music is so universal.

Your single “Real Love” was released today, how do you think the fan reaction will be?

It’s my first time releasing a single so I really don’t know what to expect! The single talks about staying strong and being patient until you find that “Real Love”. I’ve met too many people who settle for less than what they want or deserve so I hope the song will inspire everyone.

Do you have any other releases coming up?

Yes! I have a second song titled “What’s Going On” ready for release! My team and I are still deciding on a release date, but it will either be on Feb 26th with “Real Love” as a mini EP, or shortly after as a single. Everything will depend on my 3rd song, as I’m still tweaking my sound to be as modern pop as possible.

Do you have any advice for someone pursuing a similar career?

My advice to anyone pursuing a similar career is to have a clear goal, decide on a plan to achieve it, and then keep persevering until you get there. You may find many obstacles along the way, and at times feel extremely lonely or like no one believes in you. At the end of the day, as long as you believe in yourself, that’s all it takes to make things happen.

For now the goal is to finish my EP and get the word out! I’m still trying to make my sound as modern as possible, so depending on how my third song turns out, I may just release “Real Love” and “What’s Going On” as a mini EP, and promote the rest of my music separately as its own EP. I really want to create the best content possible for my fans. I have an amazing team of professionals behind me, so you can be sure to expect great things coming your way!

We also like to ask a few fun questions so our audience and your fans can get to know you a bit better:

The first thing that came to my mind is carrots. For the longest time, I felt like carrots were one of the most boring vegetables so I just couldn’t bring myself to eat them! About two months ago, I started juicing vegetables, including carrots, and I’ve since noticed the sweetness within carrots. I can now proudly say that this new discovery has given me enough excitement and patience to eat them.

If you had the chance to interview someone you look up to, who would it be and what would be your first question?

That’s a very tough question, but I think I’ll have to go with Britney Spears! Regardless of the rumours, Britney Spears is obviously a legend and an amazing performer. I feel she has experienced enough difficulties and successes in the industry that she could have so much wisdom to share. My first question to her would probably be: “How was it really like growing up in the industry?”

If you were in charge of a weekend music festival, who would be on the lineup?

Oh gosh… this would be my paradise in no particular order:

What do you hope to accomplish by the end of 2016?

By the end of 2016, I’d definitely hope to have my first EP release and a release party! I’d like to be performing concerts, building a fan base, meeting my fans, and performing acoustic covers on the guitar! (I’ve just started learning the instrument)

How do you deal with winter in Canada?

I find the best way to deal with winter in Canada is to be prepared! Invest in some good winter gear to keep you warm. These include a touque, gloves, boots, coat, scarf, and ski pants for those extra cold days!

Secondly, rather than fight the cold, embrace it! There are some super fun winter activities to do exclusive to the season itself!

Here’s a few of them:

Of course, there is so much I could say!

For now, I’d like to tell my fans how much they mean to me in every way possible!! Everyone continues to give me so much encouragement and support and it ’s been a very special kind of experience. I wish I could meet every single one of you and send some personalized love right back! Unfortunately, since that isn’t completely possible, I pray that the Universe blesses you in ways, to help you fulfil your life goals and purposes as peacefully and happily as possible.