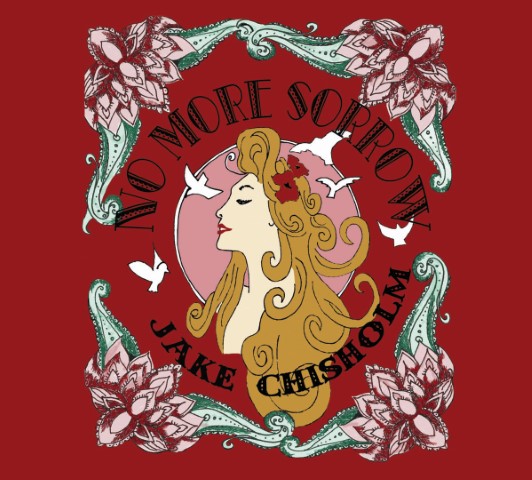 Toronto, ON blues artist Jake Chisholm is set to release his second studio album, No More Sorrow, on February 26th. The album is his second studio release, following Diamond In A Coalmine, from 2013. The ten song release features Chisholm’s raw guitar and deep blues style that has kept his music in demand in the Canadian music scene, working with such bands and artists as Jake & the Blue Midnights, Paul Reddick, Raoul and the Big Time, and Billy Boy Arnold, to name a few.

No More Sorrow takes classic blues and combines it with soul and rock to form its highly enjoyable, raw sound. It brings back the sound of eras past and gives the listener an honest blues and rock experience from the opening of the title track to the closing of “You Never Will.” “Just Because You Want To” is one of the slower songs off of the album and will leave you nodding along and tapping your foot. It shows off not only the writing and guitar playing ability of Chisholm, but also the sheer talent of Chris Banks (bass) and Sly Juhas (drums). “I Want You Just The Way You Are” is chock full of solos that will leave listeners craving more and wishing the album wasn’t almost over.

No More Sorrow is the perfect album for you if you’re on the lookout for something you just can’t help but get in to. It has the power to remind older listeners to music from their past and will give younger listeners an insight in how the genre was in the years before they were fans. It’s a modern-day blast from the past and I could not be more impressed with the album and Chisholm. If you haven’t been already, you’re going to have to keep your eye out for more from this Toronto talent.