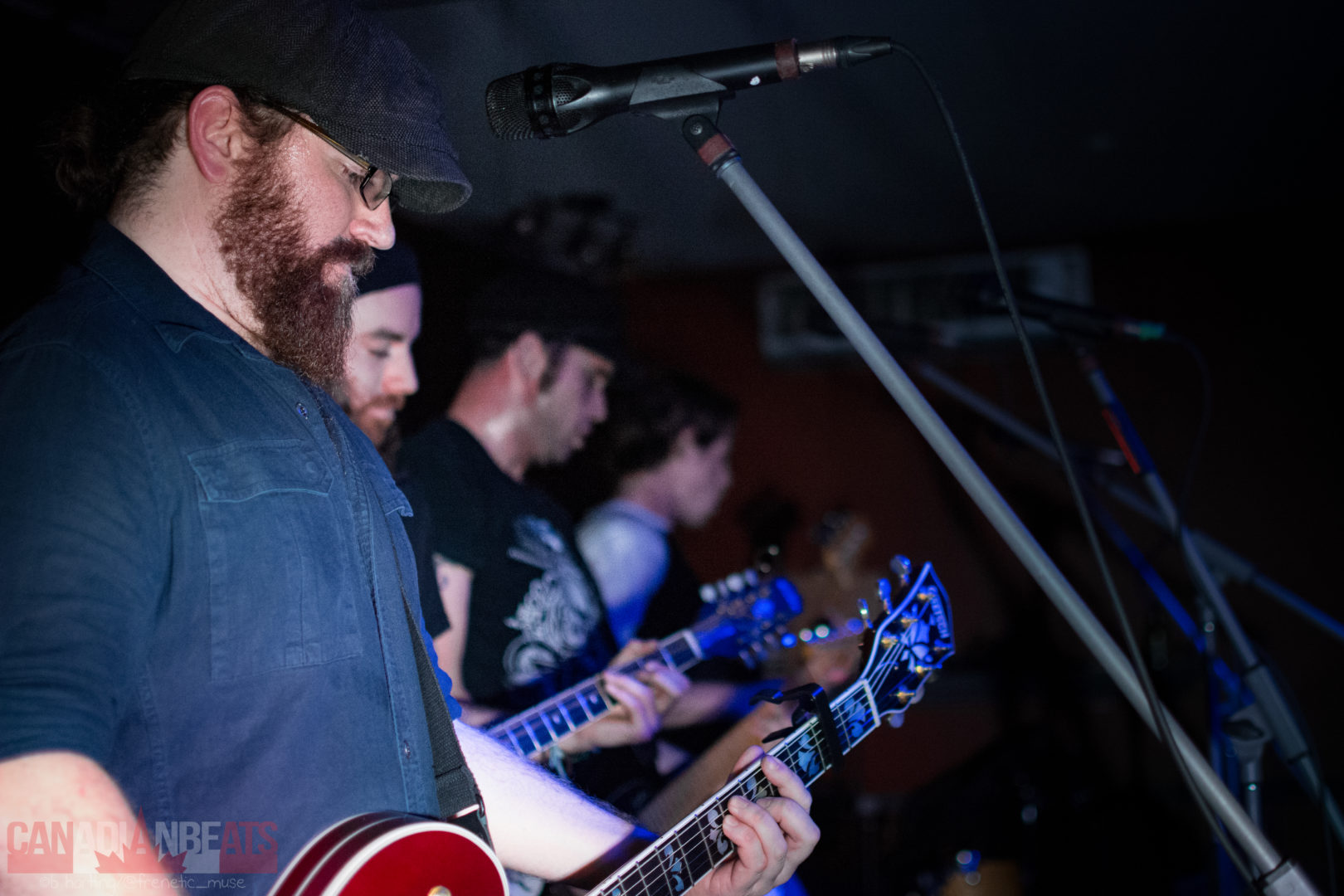 Perhaps the best way to describe one of The Stanfields’ shows is with Jon Landry’s own words when asked by a concert goer to play something to drink to. “If you’re not drunk, get the fuck out of my bar!”  Whether it is alcohol, the music, the energy of the band or the atmosphere in the venue it is almost impossible not to be intoxicated by something watching these five practice their well-honed craft on stage. If by chance you somehow manage it… you really don’t belong in the room. Leave; leave now. So was the case February 19 when the guys took over Moncton’s Plan b along with their openers, and fellow Haligonians, the all female punk band Like a Motorcycle.

I wasn’t sure what to expect from the Like a Motorcycle going in, being unfamiliar with them and being someone who is very picky about punk, they won me over very quickly however. “Into the Night” and “High Hopes” being two of the stand outs for me. In a genre which, in my opinion, tends to be prone to a lot of clashing of both egos and playing, these women not only seemed to genuinely work as a team they have incredible harmony as well. Guitar players Jill Comeau and KT Lamond balance each other out exquisitely and vocally bass player Kim Carson seems a near perfect counterpoint to the bands singer.

I challenge anyone who thinks that women can’t play punk to see the ladies of Like a Motorcycle in action. Fronted from behind the kit by lead vocalist and drummer Michelle Skelding the quartet live up to their chosen name; hitting harder, faster and with more power than a Kawasaki ZX-14R. Some bands are best experienced for the first time live and, having never heard them before this night, I can say Like a Motorcycle is definitely one of those. That being said, if you can’t get out to see them don’t miss a chance to check them out yourself later this year when they release their first full length album. 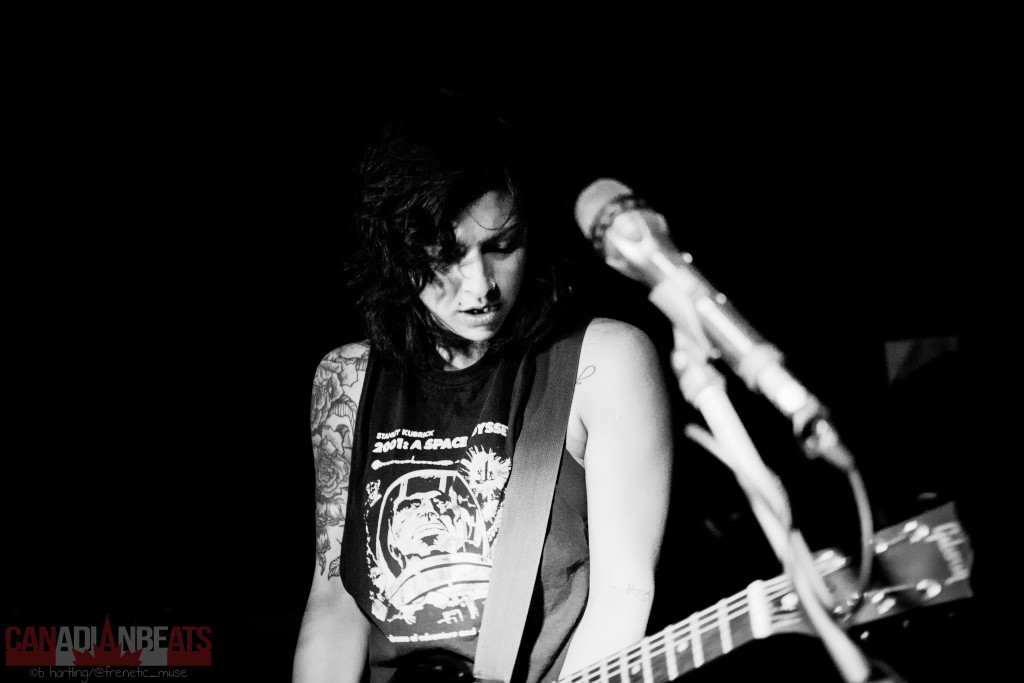 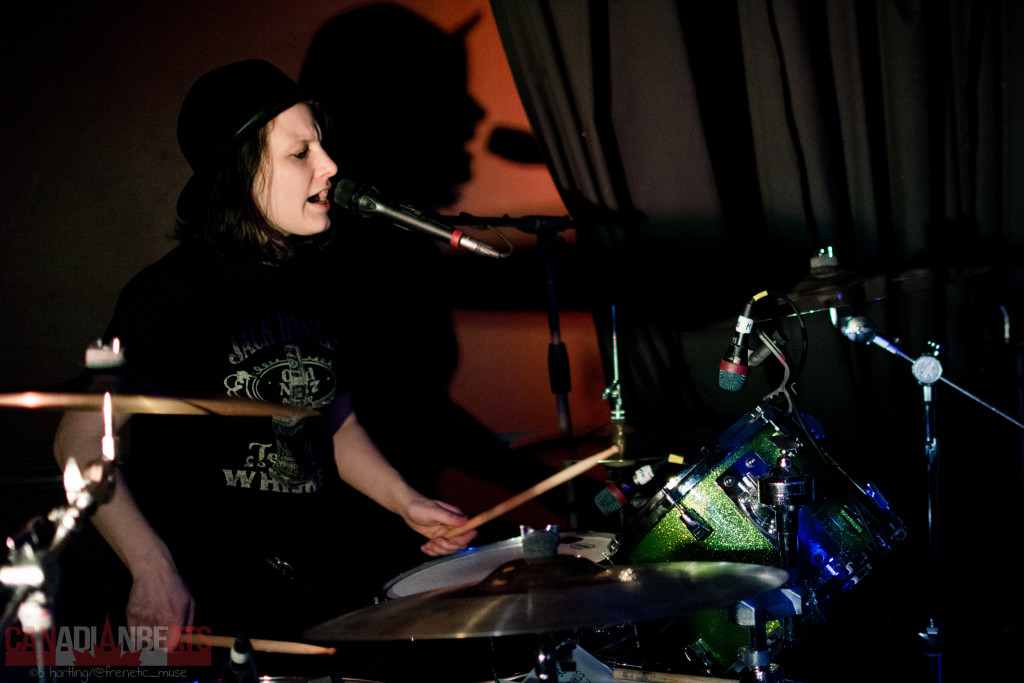 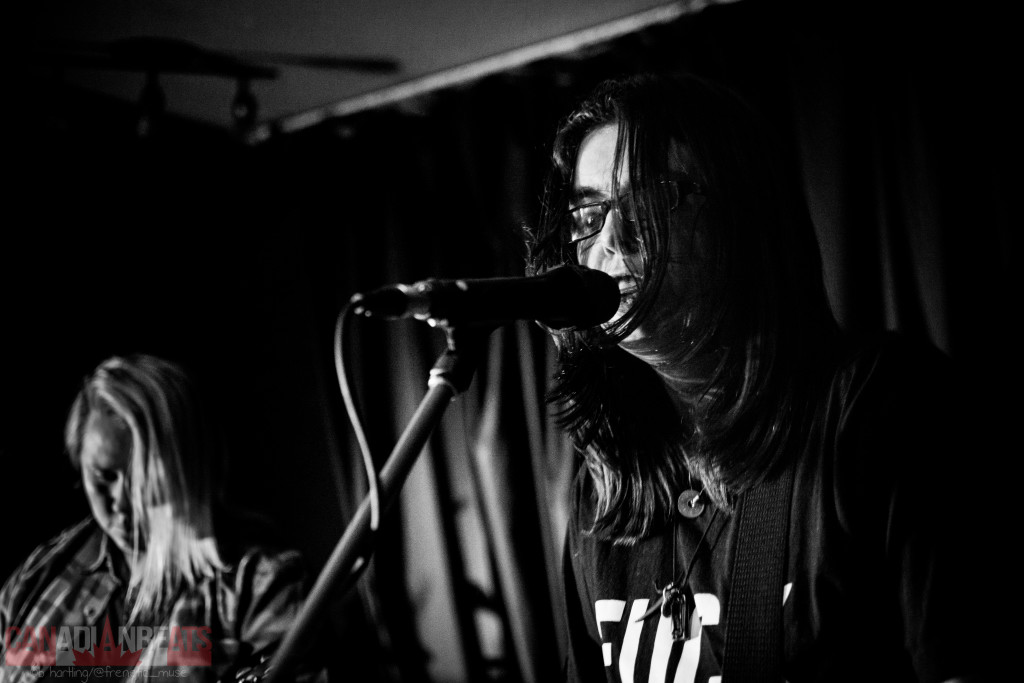 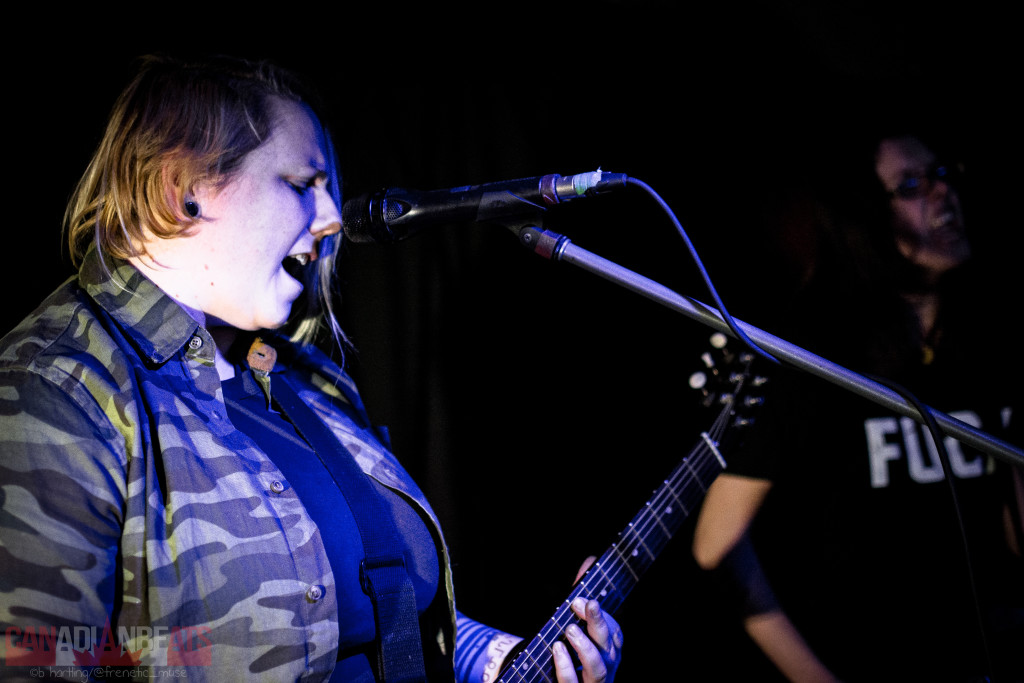 You’ll be hard pressed to find a band that gives as much to the audiences that turn out to their shows as The Stans do. In an era in which a typical headliner in a bar plays for roughly an hour or ten songs these guys put in an hour and forty-five minutes, playing seventeen tracks, which included six of the ten tracks from their latest release Modem Operandi. The energy these guys bring to a stage, even one as small as that of Plan b, is electrifying and even in the confined space they managed to find room to let loose and were rewarded with a crowd just as lively.

With For King and Country being my personal favourite album of The Stans I would have liked to have a seen more than one track from it on the set list for the night, but I can hardly complain given what was covered. From start to finish the set list read like a best of, with a highlight for me being a fantastic rendition of my favourite song of The Stanfields, “The Ghost of the Eastern Seaboard” from 2010’s Vanguard of the Young & Reckless, during which Jason MacIssac’s guitar work had me fighting goosebumps constantly.

Crowd favourites that night from Modem Operandi included “The Marystown Expedition”, “Sunday Warships” and the first single from the album “Fight Song”, the response to all of which indicate the guys have a hit on their hands with this latest offering. Death & Taxes was also well represented with standouts being “Mrs. McGrath, “The Road to Guysborough” and “The Boston States” not merely because they are amongst the staples of the album but because fairly recent additions to the band Calen Kinney, who treated the crowd to an epic fiddle solo, and bass player Dillan Tate have the older material down so well.

A touching moment close to the end of the performance highlighted the fact that for many in attendance this was a bitter sweet event as it was the band’s first time playing Plan b since the tragic, unexpected passing of John Wolthers in November of 2015. Wolthers a close friend to the band and many in attendance was arguably their biggest fan, and played the starring role in the video for their party anthem “The Dirtiest Drunk (In the History of Liquor)”. There were few quiet voices as they played “Up the Mountain” in tribute to their friend with a visibly emotional Landry telling a story of Wolther’s kind spirit at its close. 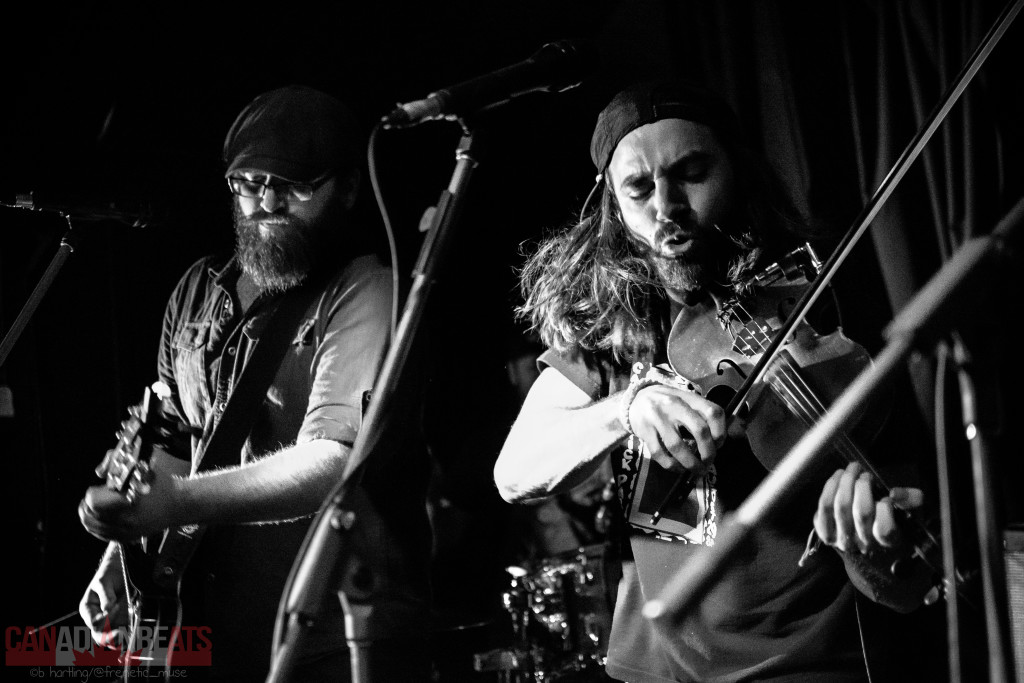 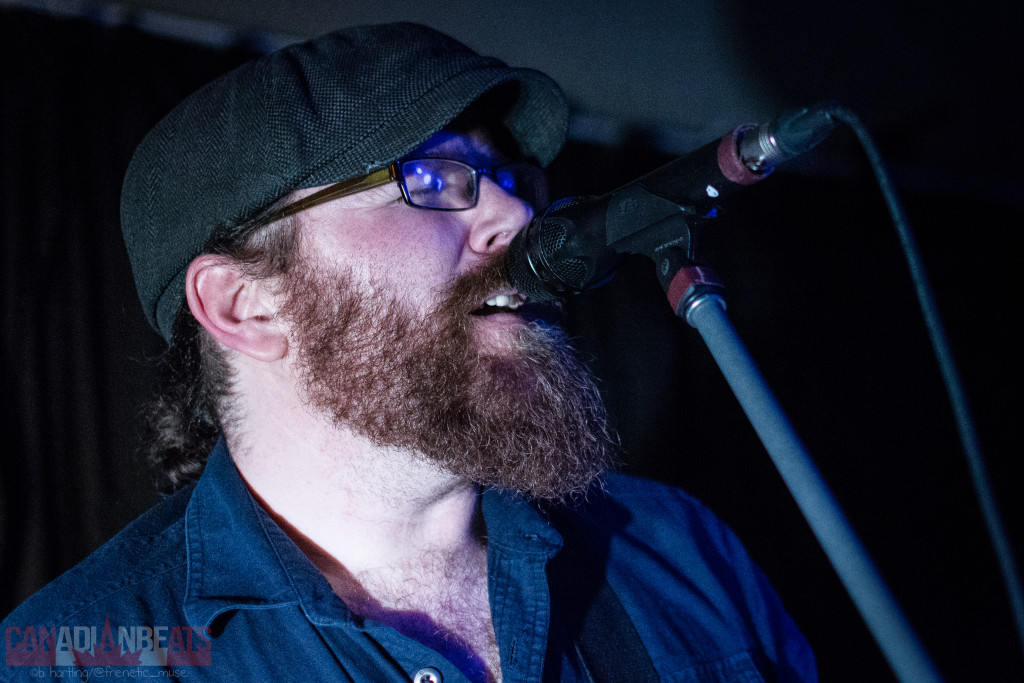 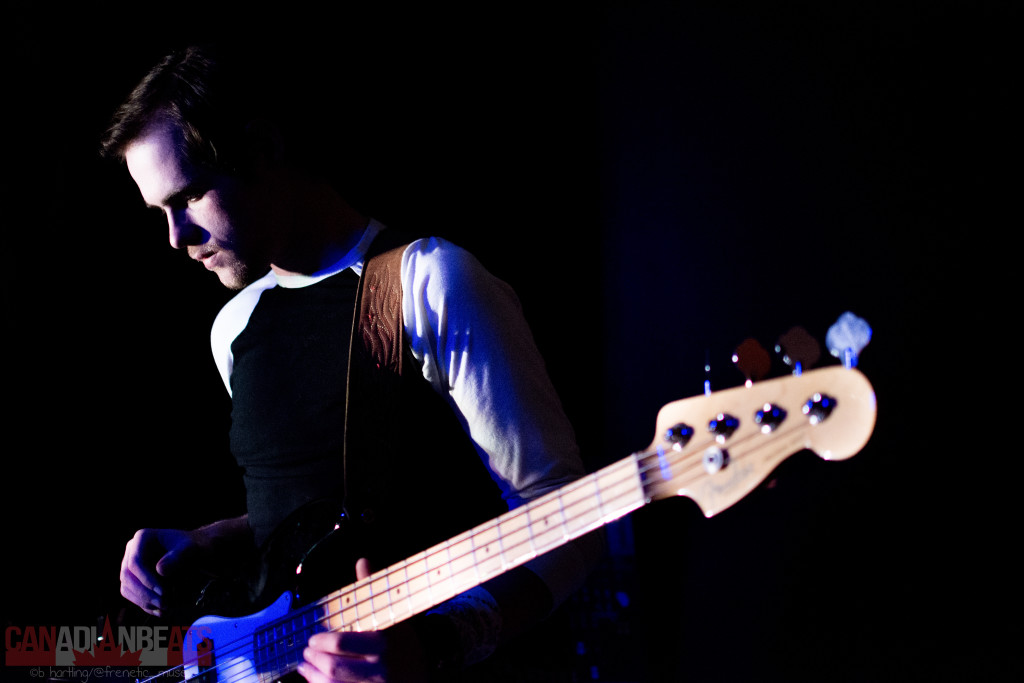 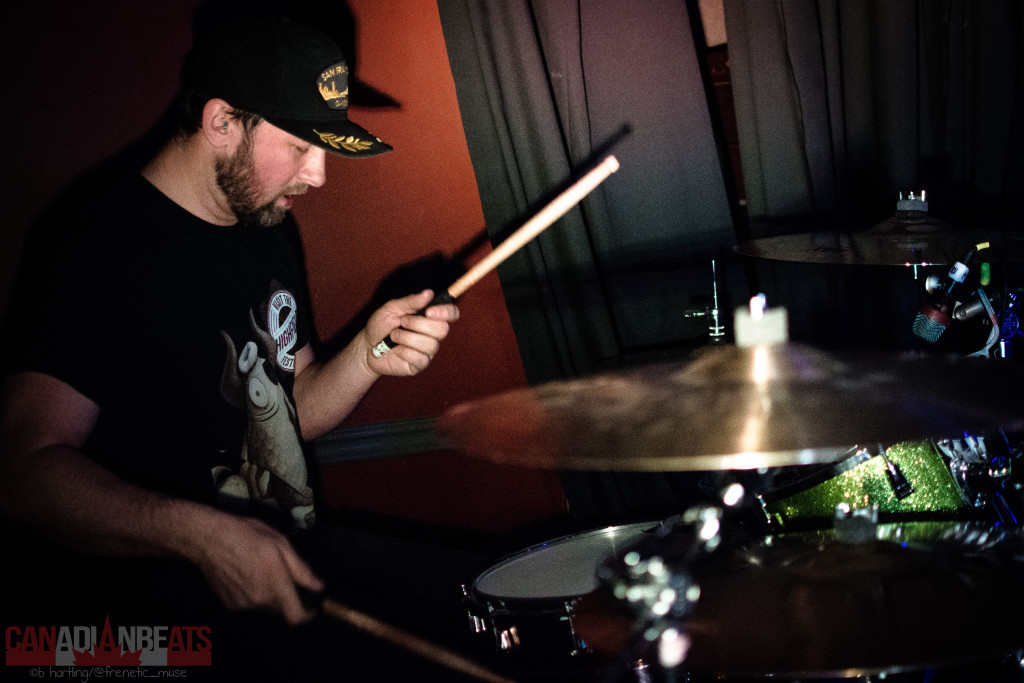 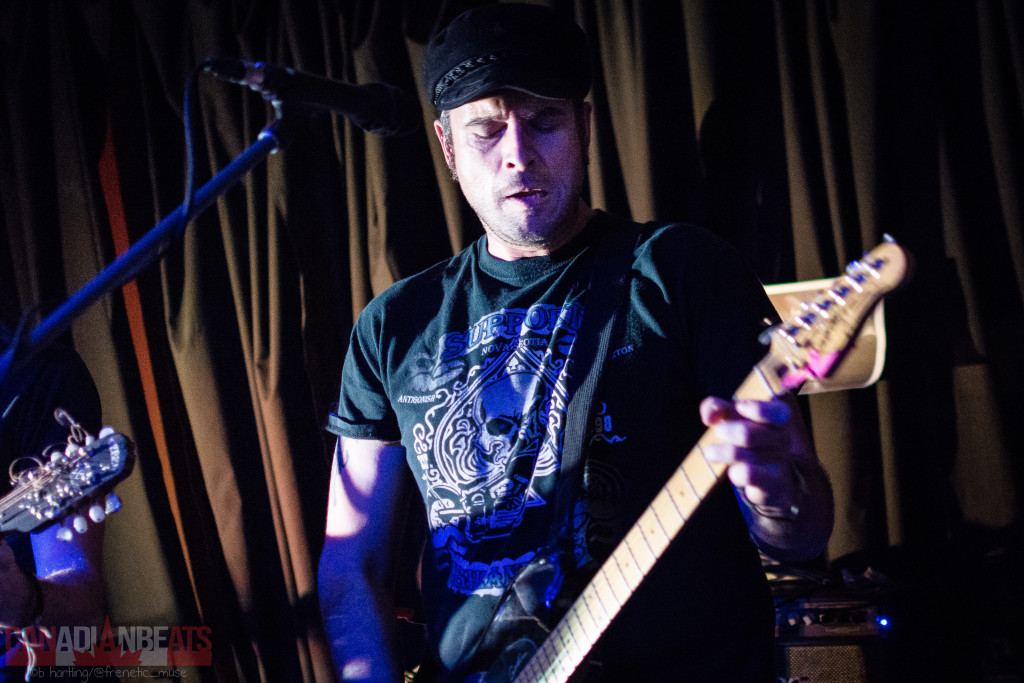 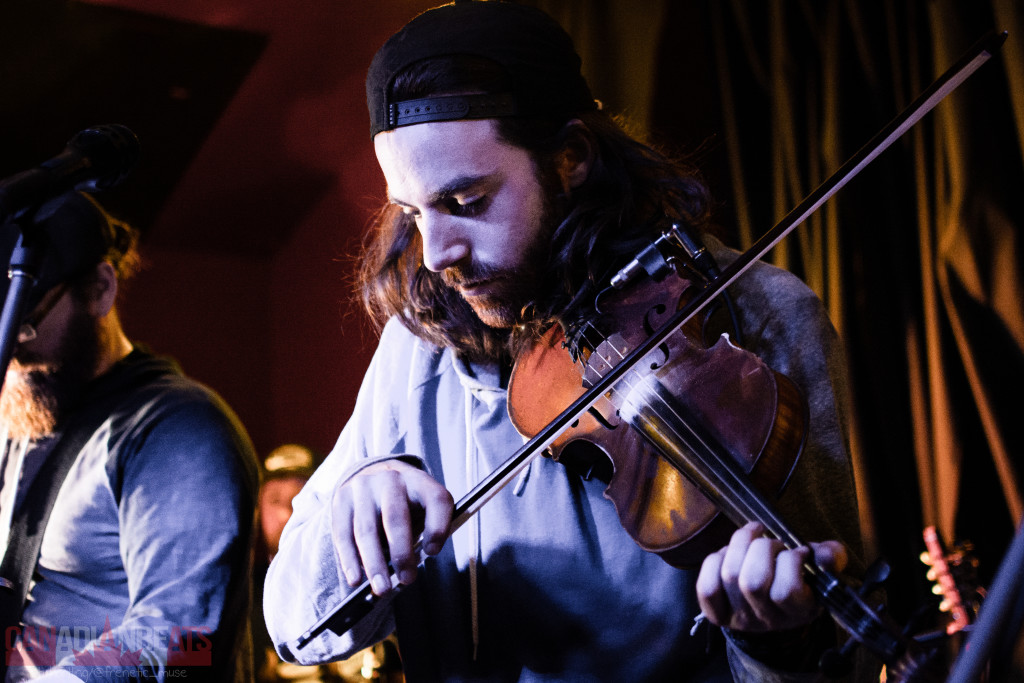 As a lover of my local music scene as well as the independent music scene in general as well through being contributor for Canadian Beats I find myself attending a lot of live shows. Some I like, some I love and others I chalk up as a learning experience I’d rather not repeat. This performance by The Stanfields was without question the best gig I have been to in a long time, possibly since Osheaga 2015. From open to close both acts were on point in every way making for a night not soon to be forgotten and an impatience to see these guys back on the road in Canada after their tour in Germany in March.