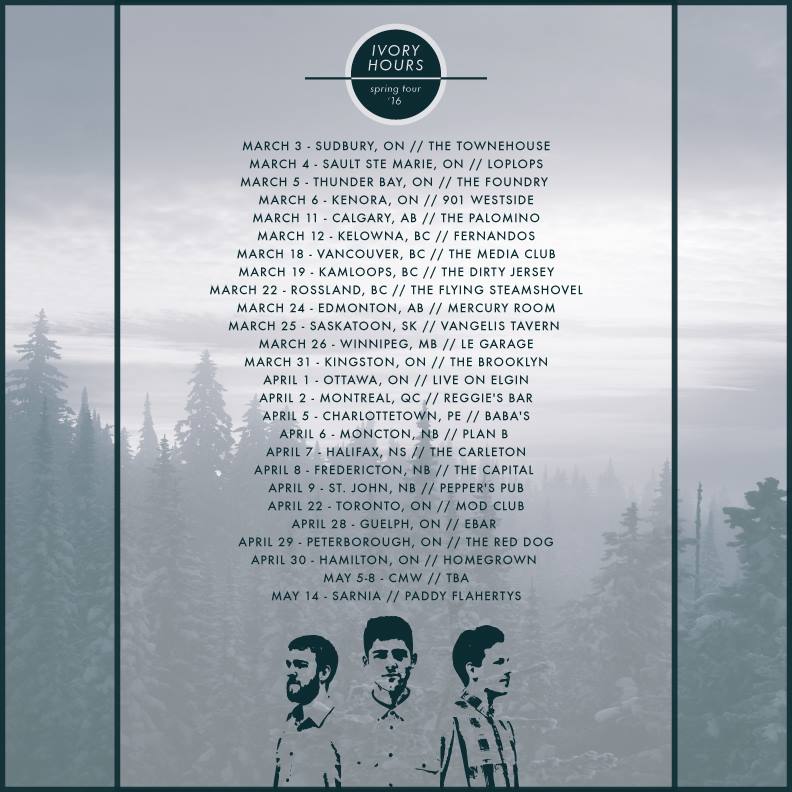 London, ON based alt-pop trio, Ivory Hours had an exciting past year; released their debut full-length album, Morning Light in June and shortly after went on to win 102.1 The Edge’s ‘Next Big Thing’ contest. They also won the grand prize of Canada’s Walk of Fame Emerging Artist Mentorship Program. The trio is about to release their latest single, “Dreamer” radio on February 29th, but you can see the video for the single, HERE.

Now, it’s time for 2016 to start off with a bang, they are setting off on a Canada wide tour starting on March 3 in Sudbury and ending in Hamilton on April 30.