By Jordyn Armstrong on February 20, 2016@jordynhannah95 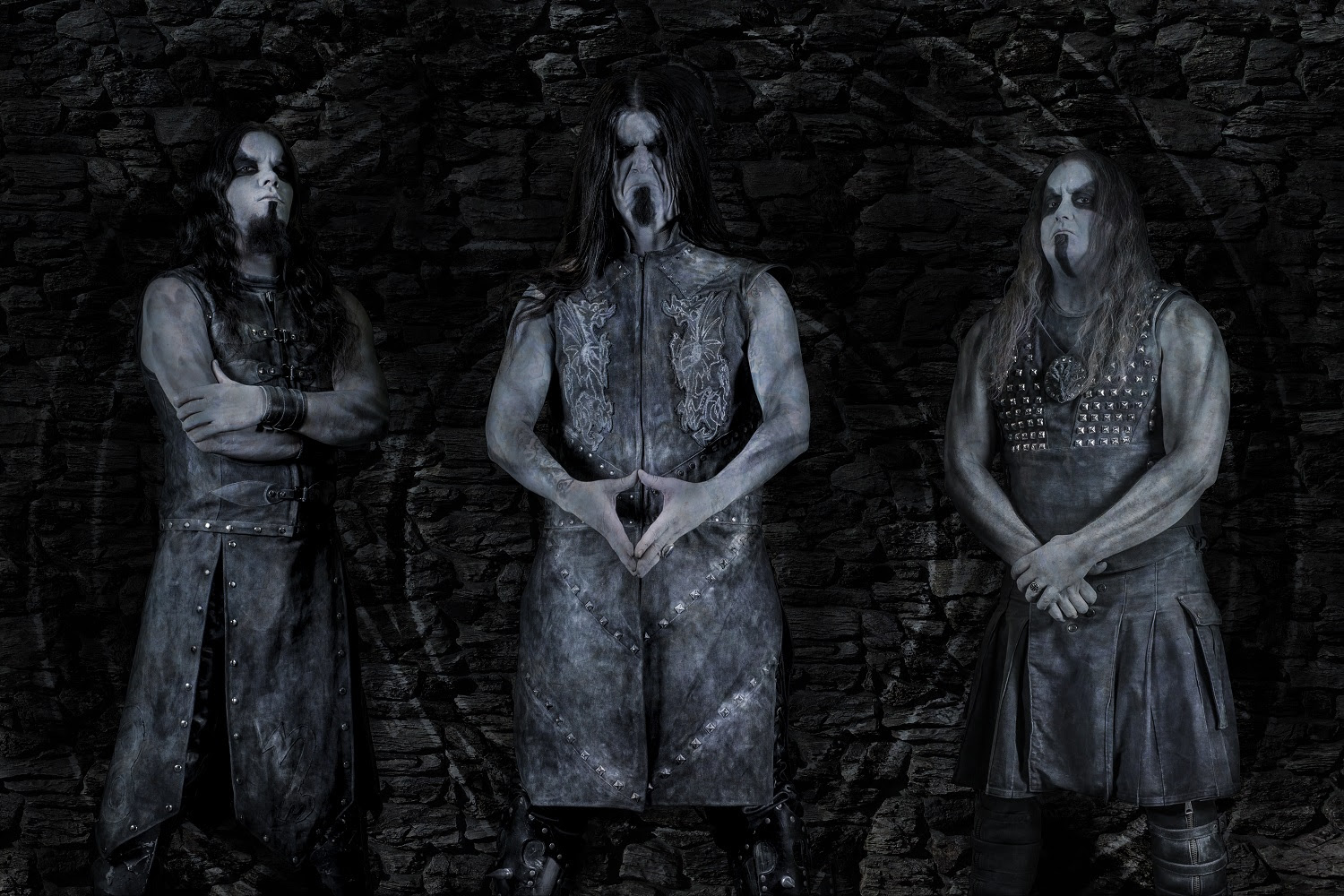 Necronomicon is a metal band from Montreal, Quebec. They will be releasing their fifth and newest album, Advent of The Human God in Canada on March 25. These guys have been around since the 90’s and have shared the stage with many big names in the genre. To find out more about this band, check out the interview below! Answered by Rob the Witch (Guitar and Vocals).

How do you think your sound has changed for this album?

Well I don’t think it has changed much since the last album, but it’s maybe more controlled, if I can say. The kind of production we are doing is always something closer to what we can say a ‘’Vintage’’ way of working. Meaning we still use some real machines there and not all plug ins, we use the computer as a recording device and the process is done with the least editing possible. By doing so we know that what you hear on the album is really the band playing, it’s more organic, less fake and it breathes.

Was the writing process the same? Can you describe it?

In the large picture yes, but I did added more elements in pre-production this time especially on the orchestral parts. Previous albums were more band-oriented and orchestral parts were added on the fly or really at the end. Most ideas where there but not always fully developed. For the new album it’s a total different story, most orchestral parts were written at the same time than the pre-production demo, almost everything was there beside some parts that were too complex to do with a basic midi program. But the main lines were there as notes for the real studio production.

Do you plan for any touring for its release?

Yes of course. Touring is something we like better than recording, so naturally the more we tour the more happy we are, well for me at least I should say. The only issue is that there’s not a lot of tours that we are compatible with, well that’s what our agent says, so we don’t tour as much as we would like.

What do you think makes your band stand out from the others in the genre?

I don’t know, I don’t think about that, we do our thing and that’s it. One thing I do know is that no one have ever pushed us, what we do and what we have accomplished has been all by ourselves. There’s no big label or big full of cash guy backing us. We are in Canada here, there’s no big label, no big agency or management like in US or more in EU, touring here is hard and painful. I know some bands that we have been on the road with that would tell you how touring here almost destroyed their band. So I think that is the real difference.

Your Facebook bio says each album has a theme. Can you explain this a bit?

Yes we have some thematic, even if there’s some exceptions on each albums, but it usually mean than 80% of the album is going around one chosen theme. It comes with the inspiration, for some reasons there’s a logical way to proceed that make sense for the band. It’s kind of hard explain and especially if you don’t believe in being one with the cosmos. That being said the thematic present itself to us we are not looking for it.

How do they each contribute to the concept of your band?

Everything comes together as one big painting , the band is about the communion with the great all, to be one with all creations and realize our own power as human being as a part of the cosmos. It’s the cycle of life, death and rebirth. Many ancient civilizations understood that and others like the native from America where InTouch with that as well…it’s a shame that most of their culture is dead now.

Do you think the concept is something you can keep forever or will you eventually want to branch out?

How many branches can you count on a tree? , it split itself in so many directions that before we are done with the subject we would have 50 albums or more.

What is your biggest goal to achieve?

Keep going forward. It’s not a fight here it’s about a way of life and something we want to do as long as we can and spread it as far as possible without limit.