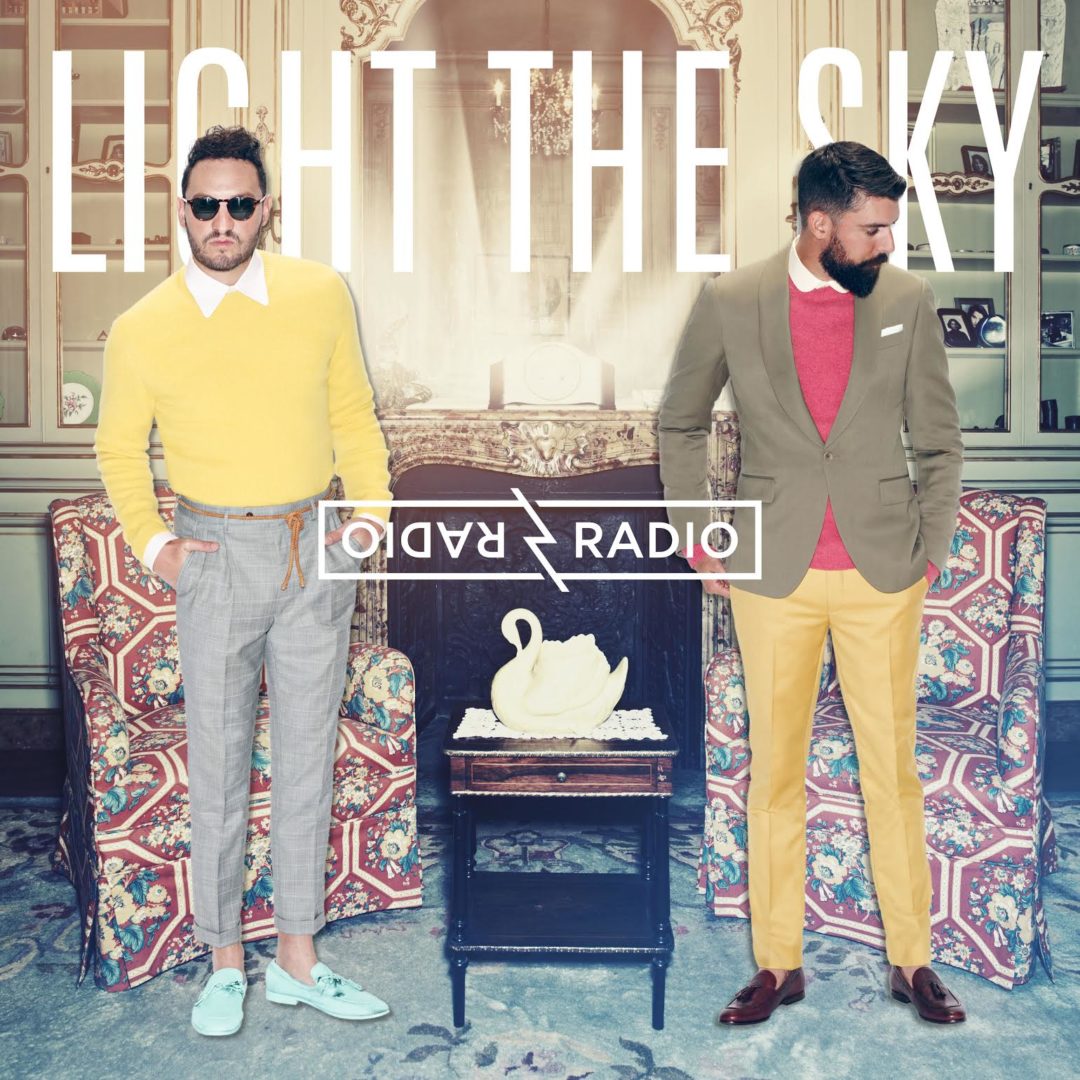 Montreal based Acadian hip hop group, Radio Radio are back and ready to hit the ground running with the release of their first full length English album, Light the Sky. Growing up in Acadian communities among Anglophones and Francophones, an English album was the natural next step for Gabriel L.B. Malenfant and Jacques Alphonse Doucet of Radio Radio. The album is a flurry of ecstatic beats courtesy of Shash’U, DJ Champion, J.u.D. and Alex McMahon and clever, humorous lyrics from the duo.

The album starts off with a high-energy number that piques your interest and urges you to move. The perfect get-hyped song, “Tonight’s the Night,” depicts the trials and tribulations we’ve all faced when trying to find a fun night out on the town in a highly satirical manner. Just when you start getting into the groove and feeling the music, the second track kicks in with a funky opening riff as the duo starts yelling at you to get off the dance floor. “My Dance Floor” is the type of song that’ll fill you up with confidence and get you to command the club. Accompanying the song is an equally hilarious and amazing video that depicts the duo causing a commotion with their electric dance moves. Watch it here.

“Sweater Weather” takes a different approach as it opens up with a lively string section that’s unexpected but absolutely awesome. As the first verse opens up, this theme is re-introduced over and over again every time the song builds. Radio Radio is probably the only group that could make a song about relationships, the in-laws, and Sunday brunch sound like you’re the hero in an action film.

The best part of Radio Radio’s music is the way that they take the everyday, mundane aspects of our lives and transform it into one big relatable joke. “Busy” is another testament to the ways in which they bring to the light all the aspects of western society. Opening up with some bashing, syncopated beats, “Busy” seems to spell doom for those of us consumed with a fast lifestyle, social media, and gossip.

The second last track off the album, “Solo Dance Party” featuring vocals from American singer, Leaf, is a pure testament to the carefree nature of dancing, partying, and having fun. You’ll be humming this song for weeks after hearing it due to its melodic hook and Leaf’s cascading vocals throughout the chorus. Bright electronic sounds and fast beats tie it all together to make the perfect party song.

The whole album is definitely worth a listen, and will keep you on your feet and jamming. Make sure to check out the group as they go on tour this year!