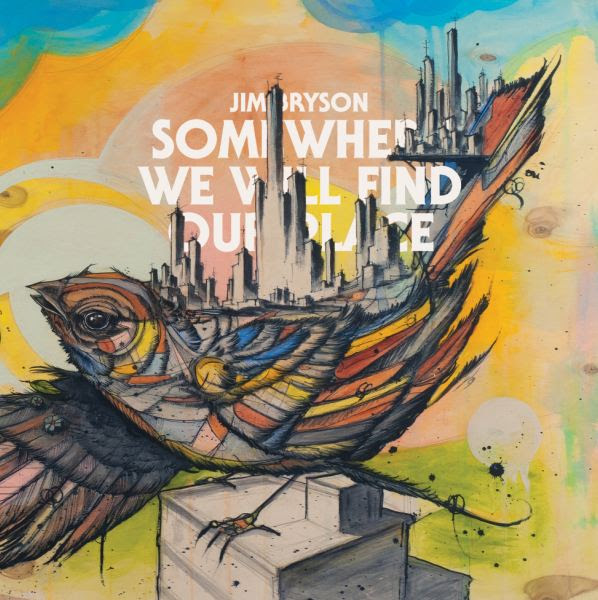 Ottawa singer/songwriter Jim Bryson is releasing his new album, Somewhere We Will Find Our Place on February 19th through Fixed Hinge/ Fontana North. The ten track release is full of honest, thought provoking lyrics accompanied with softer music that blends with the vocals beautifully. Somewhere We Will Find Our Place follows a handful of other studio albums released by Bryson.

The album is full of beautiful, thought provoking, and honest lyrics paired with exceptional backing music and harmonies. “The Depression Dance” opens the album with a faster pace to the music and shows off the talent behind the instruments before the harmonized vocals come in. The longer you listen to the album, the more you appreciate the songs that you are listening to. You can start to hear the passion and feeling behind the lyrics and how the music is arranged in a way to compliment that. “Call Out”, “Breathe”, and “Rust & Fade” are all great songs to listen to, to get a feel for the rest of the album. Perhaps it’s because it’s my home province and I’m partial to songs about it, but “Ontario”, in my opinion, is the best song on the album. While listening to it I had to start it over quite a few times just so I could listen to it again. It continues the album’s theme of honest lyrics and is absolutely captivating.

If you’re like me and did not previously know of Jim Bryson, be sure to check out this album because you won’t be forgetting his name any time soon. Those that already know of this Ottawa talent are sure to be pleased with this latest release. If you’re looking for that album to throw on to relax to at the end of a long day or to listen to while you try and ignore the raging winter storms outside, Somewhere We Will Find Our Place is the one that you want.