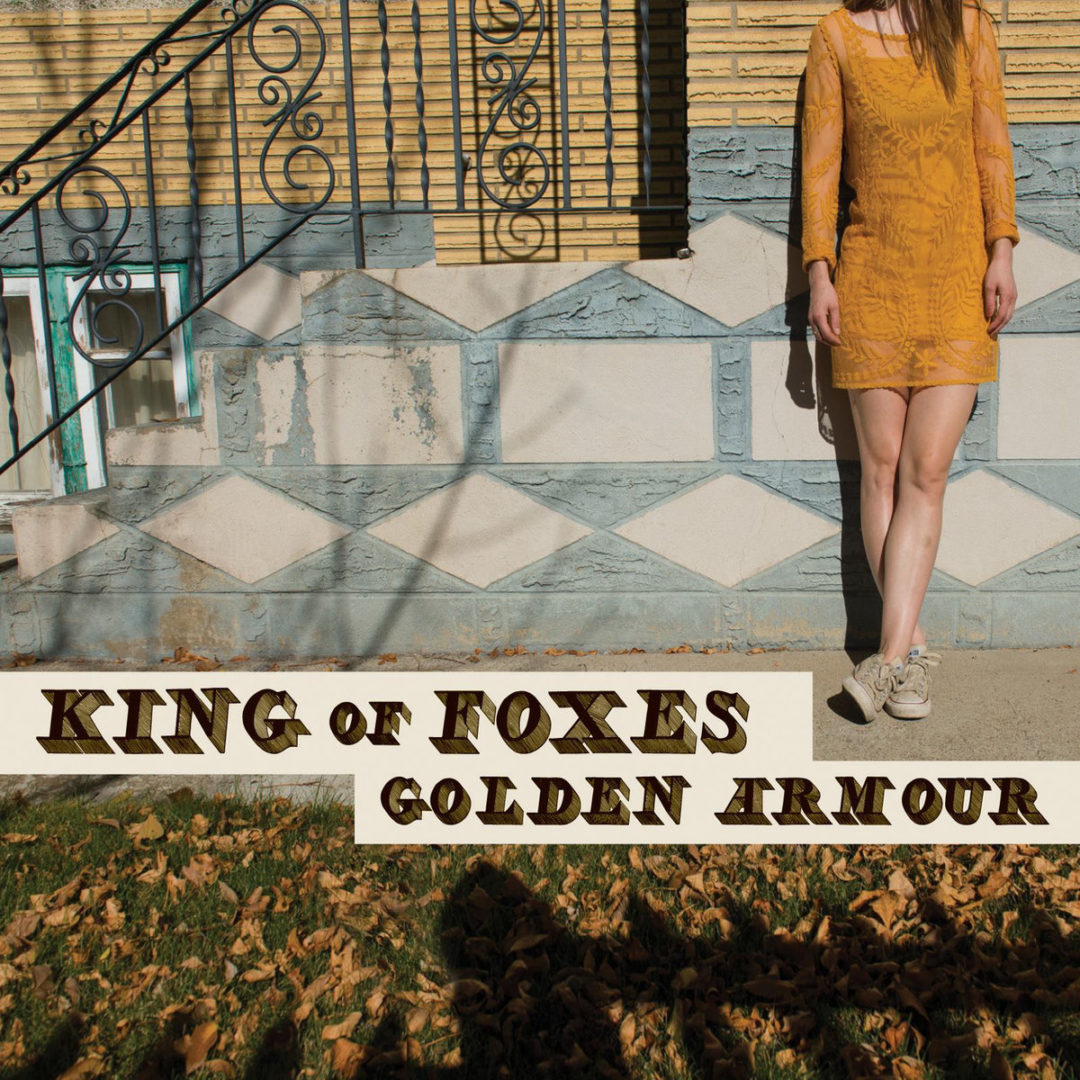 King of Foxes is an Edmonton based alternative rock band composed of Olivia Street (vocals/guitar), Tony Bao (guitar), Greg Kolodychuk (bass), Alexis Alchorn (keys/backup vocals), and Stew Kirkwood (drums). Olivia is one of the founders of the Juno nominated Souljah Fyah, but now calls King of Foxes home. The album is entitled Golden Armour and is pure alternative rock gold!

The album is a nine track offering that you will absolutely fall in love with on the first listen. Golden Armour mimics classic female led 90’s rock with its powerful vocals, steller guitar hooks and raw sound. I immediately fell in love with three tracks “You Want More”, “Give My Regards” and the upbeat closing track “Everafter”. The album in its entirety is edgy and everything you love about the garage rock sound. Even showcasing a softer side with “Cowards”. The first single “Cinderella 1984” is also a great track that Olivia has described as a “post-fairy tale reality”.

I fully expect Golden Armour to catch the attention of alternative rock stations across the country. It’s definitely an album Canada can be proud to call their own. If you love indie rock, strong female vocals, and just rocking out to great music, you will love Golden Armour. If you aren’t familiar with King of Foxes I suggest you take a listen, you won’t be sorry.