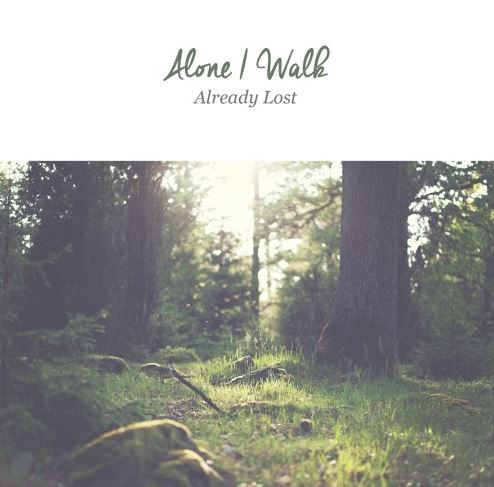 Franky Courcelles, also known as Alone I Walk is releasing his EP Already Lost on February 12th, 2016. The five song release follows his 2015
release, Lost at Sea. The EP shows off Courcelles’ vocals along with harmonies, well played acoustic guitar, and other backing instrumentals.

The title song opens the EP, being the longest song on the release, clocking in at just under the four-minute mark. For the most part, it
shows the listener what to expect from the other four songs lyrically and artistically. The only song that doesn’t have the same, slower acoustic
feel to it is “Because It’s You”. This song is definitely more upbeat, musically speaking. Played mostly on ukulele, it gives the song a happier
sound, contrasting the lyrics based around the end of a relationship. Where the opening track was the longest, “If I Ever Return”, the closing
track, is the shortest at just over a minute and a half long. Continuing the lyrics based on heartbreak and played mostly on piano, it closes off the EP on a sombre, yet enjoyable note.

Overall this EP was thoroughly enjoyable. If you have not previously heard of Alone I Walk, check out Already Lost, you’re sure to find a song that you can connect to and enjoy listening to. Those who are a fan of acoustic songs with a slight indie sounding edge to them will not be alone when
they walk around listening to this EP.