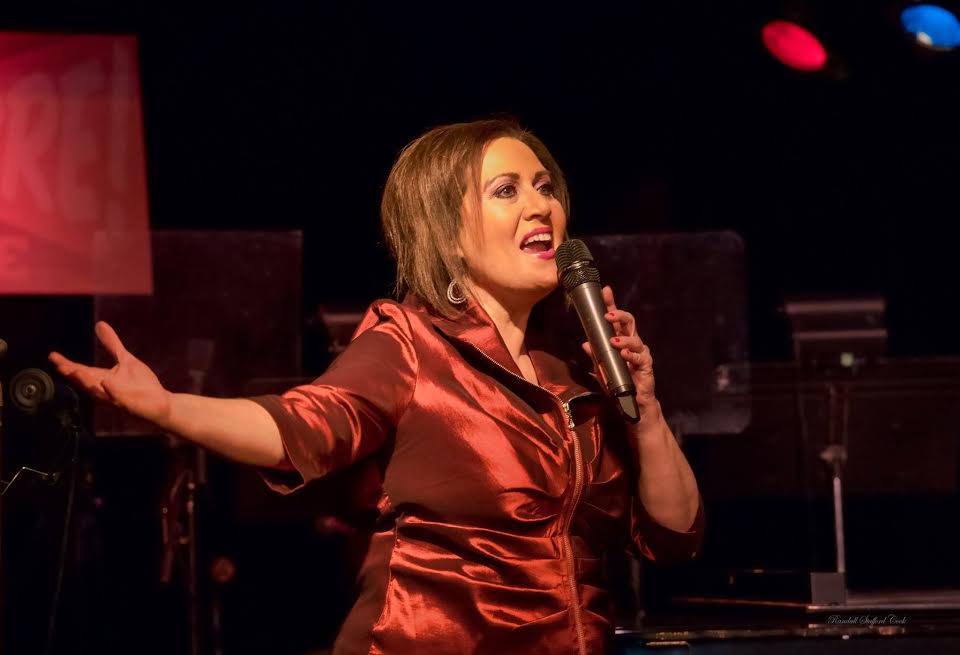 Monica Chapman, a jazz artist from Toronto is working on her next album, due to be released in May or June of this year. The album follows her last critically acclaimed release, P.S. I Love You, which was released in January of 2015, The release has been heard on BBC, CBC, Jazz FM  91 and worldwide. On top of this she has had television appearances on CHCH “Morning Show”, “The Being Frank Show “and has performed at the acclaimed Jazz Bistro to a full house, as well as Lulu Lounge and other great venues in Toronto and the G.T.A.  We had the chance to ask Chapman about her music, upcoming plans, and more in this interview.

First of all, would you like to introduce yourself to our readers who may not be familiar with your work?

My pleasure. I come from classical/opera/musical theatre background and made the transition into jazz 8 years ago. I started working with Bill King 5 years ago and he produced the previous 2 jazz ablums for me titled “But Beautiful” and “P.S. I Love You”, and now my upcoming new album titled “Small World”. As usual, he assembled an A-list of renowned players on this album.

How did you feel when your music started getting international attention?

I was naturally very excited and happy that I was able to reach so many with my voice and interpretation and make them feel as happy listening to it as I was recording it.

I would describe the music I sing heartfelt ,some bluesy ballads, some in Spanish/Rhumba/Bossa-Nova styles as well as ballads in the style of Ella Fitzgerald, Sara Vaughan, Billie Holiday, Frank Sinatra, Shirley Bassey and more…

How would you compare your new album to your ‘P.S. I Love You’?

P.S. I Love You was very well received critically acclaimed and heard on major radio stations such as the BBC, CBC’s TONIC, The Sunday Edition, Ontario Morning, etc., Jazz.fm 91, CIUT.fm, Proud Fm’s “Front Row Centre” to name a few and was filled with a variety of styles from movie music to New Orleans’ style, bluesy ballads . My upcoming new album is all that and more! I don’t want to give it away but I also sing a song in Spanish in this one!

Can you tell us anything about your new album?

Sure. It is produced once again by the iconic Bill King(produced Pointer Sisters, Emilie-Claire Barlow and so many other great singers) and an A-list of renowned players Bill assembled for this album : bill himself plays piano, Dave Young of Oscar Petersons’ great trios on bass, Mark Kelso-drums, Reg Schwager/ Nathan Hiltz-guitar, William Sperandei-trumpet, Mike Murley-alto sax, Rob Summerville-trombone and Magdelys Savigne-percussion.  I chose all the music recorded on this album ,music that really spoke to me.

They can expect to be moved, entertained and totally engaged

That’s a hard one because I sing in a variety of styles and enjoy all the songs I choose to sing but one of my favourite to sing is “From Russia with Love” the James Bond theme.

The first thing on the agenda is the “Drew Marshall Show” Valentines Special on Sat. Feb 13th. I will also be singing in a great new venue called 120 Diner, Sun. April 17th with my trio: Dave Restivo-piano, Julian Anderson-Bowes-bass and Nathan Hiltz-guitar and again at Home Smith Bar on Sat. May 7th. I am very excited to be singing for the T.D. Jazz Festival again this year ,this time at Lula Lounge, Wed. June 29th with great band behind me, featuring Dave Restivo-piano, Justin Gray-bass, Chris Wallace-drums, Rebecca Hennesy-turmpet and Nathan Hiltz-guitar.

If you had the chance to interview anyone you looked up to, who would it be and what would be your first question? I look up to so many artists so that’s a tough one

More TV Appearances and shows across Canada and the U.S. I plan to go back to New York and sing at Birdland. The first time I sang there last year I had a very enthusiastic audience.

If you could pick any venue in the world to play, where would it be?

What song is currently stuck in your head?

The title song from my upcoming new album “ Small World”.

Yes. Thank you so much for all your love and support,for buying my records and coming out to my shows. It means so much to me.