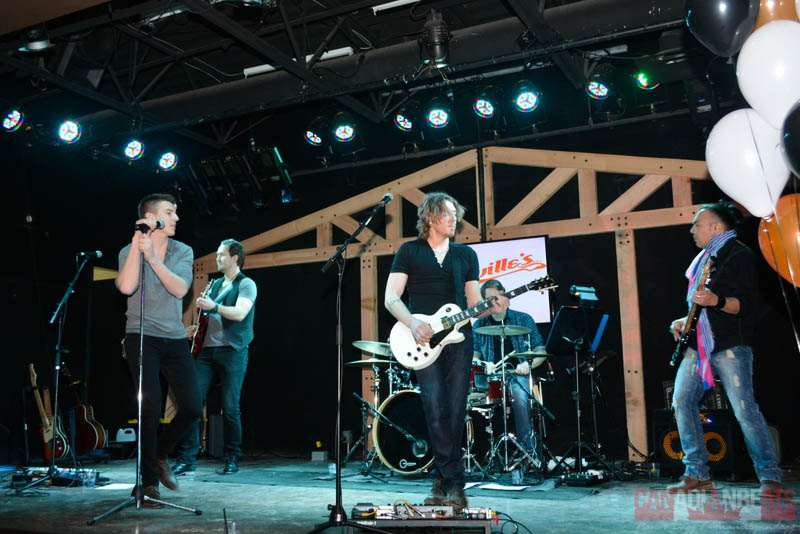 Who: Petric
When:  February 5, 2016
Where: Nashville’s in Winnipeg, Manitoba
Genre: Country / Country Rock

My expectations for the opening night of Nashville’s, a new country bar in Winnipeg, Manitoba, with Petric as the premiere band chosen for this night was greatly exceeded. Nashville’s is located in Transcona so it was appropriate that Petric opened as these boys were born and bred in Transcona, living three minutes away from the bar (or, as Tom says “One right turn.”). The room was filled to capacity from the beginning of the invite only pre-opening party to last call. It didn’t matter if you were 18, 75 or anywhere in between, the party was non-stop. The air was electric. The energy exuded was amazing. Watching the elegance of 50 couples two-stepping in complete unison to the young crowd holding up their phones to video Petric singing and having the dance floor jammed packed from 7:00 p.m. to 2:00 a.m. was a cool thing indeed. That just doesn’t happen on a Friday night anymore. This bar – this is going to be a good thing!

Recently, the world famous Palomino Club closed after 27 years so Winnipeg needed a country bar that caters to all ages and Nashville’s is that bar. This bar is super important for supporting local talent, as well as booking bands from across Canada that are looking for a great venue to perform. This describes Nashville’s: … born out of our love for good music, good times and good people! We are a country inspired bar big on personality and character set in a friendly social environment and we want you to embrace your inner country roots with the best live country music with a compliment of today’s pop and a splash of rock music.”

Brothers Jason and Tom Petric form what is known as Petric. They are the pride and joy of Transcona and have come a long way in a short time. The boys had a chance meeting with Juno and CCMA award winning country star and multi-platinum selling artist Dallas Smith at the 2014 Canadian Country Music Awards which led Dallas to invite them on the Western leg of his Canadian Tippin’ Point Tour in 2015. Their first EP (SteelHead Music Inc.) It Girl was released in November 2015 and includes two very successful previously released singles “Here Goes Everything” and “It Girl.” Petric has gone from being our local favourite to being a thing on the national level. 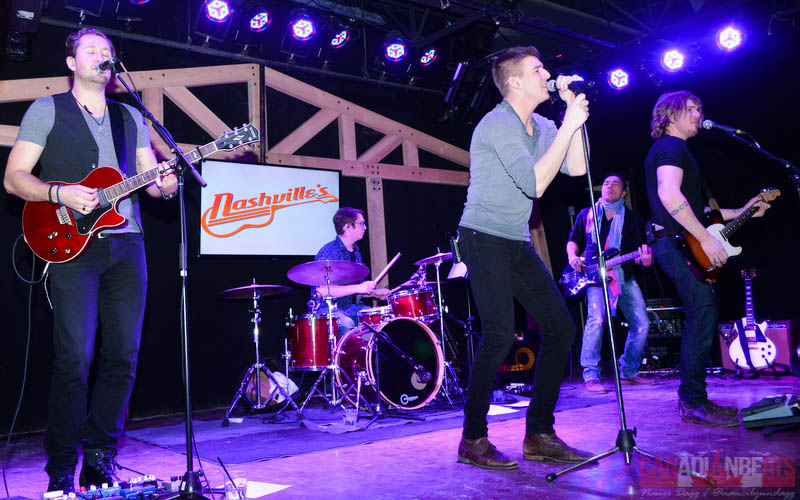 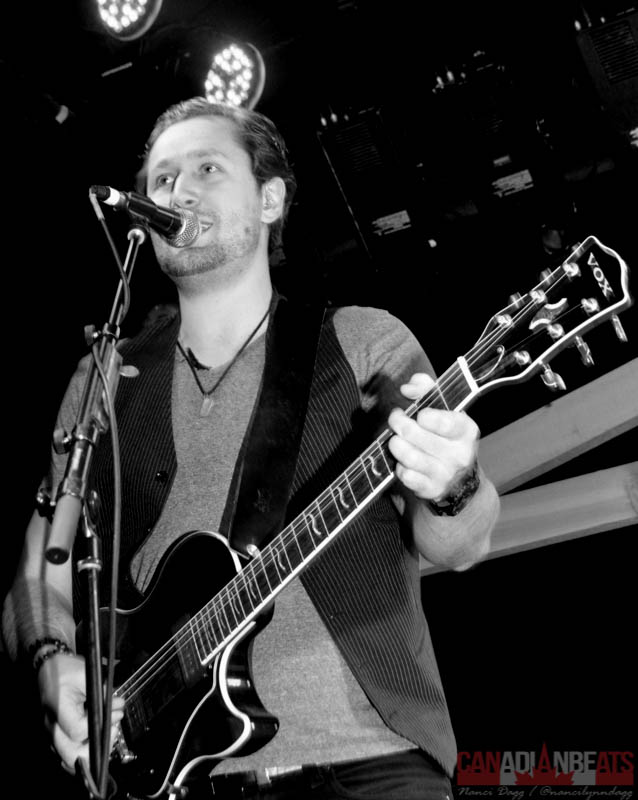 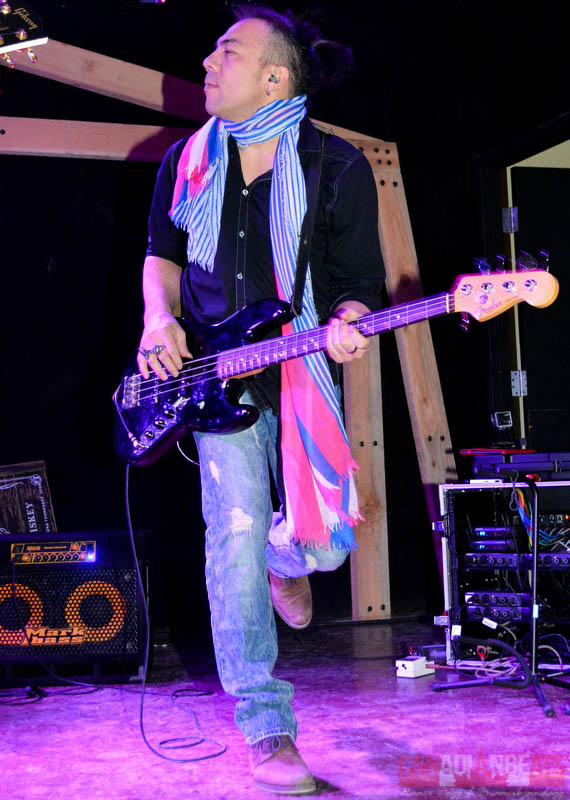 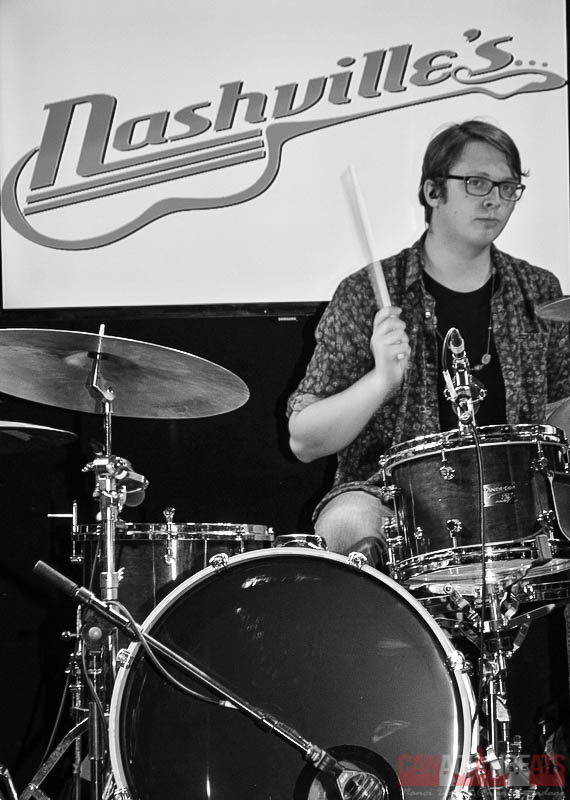 Friday night at Nashville’s (known for many years as “The Oak”) was the place to be. A variety of canned music was played from classic country that included Johnny Cash, Brooks and Dunn, Waylon Jennings right up to Luke Bryan, and even included “Achy Breaky Heart.” We heard honest to goodness country music and it doesn’t get better than that. QX 104’s Boss Lady Leanne Cater played host for the night and as always, she was fabulous; so interactive with the crowd, getting out into mass of people making them feel comfortable and ensuring that Nashville’s becomes the bar of choice in Winnipeg for Country Dance Party Fridays. 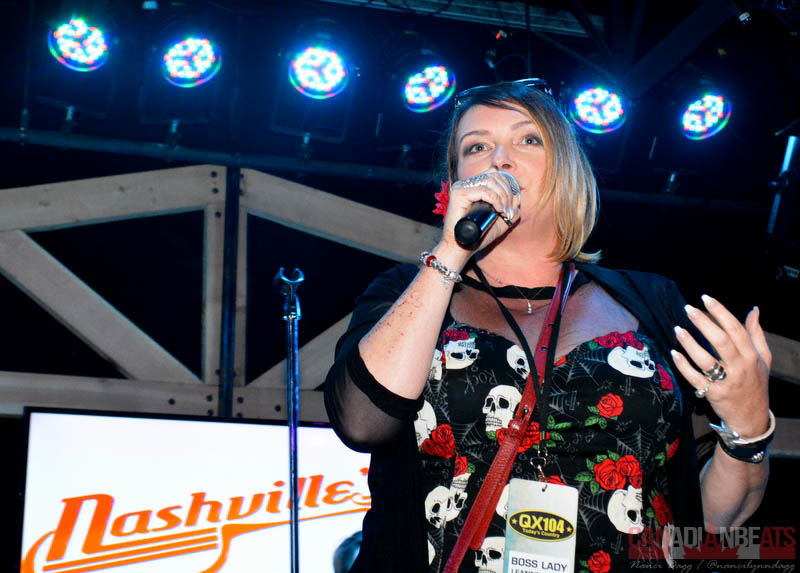 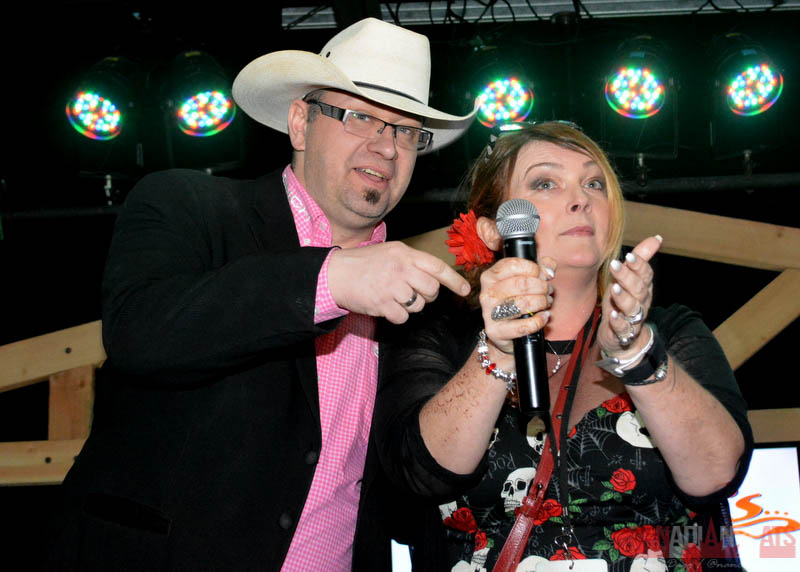 Petric also wowed the crowd with many of their original songs, country covers (including Dallas Smith’s “Somebody Somewhere”) as well as classic rock and current pop covers. The band consisting of Jason (lead guitar / vocals), Tom (acoustic guitar / vocals), Jordan Day (guitar / back up vocals), Mucha Bee (coolest dude EVER on bass) and Glenn Radley (drums) had a blast performing, taking in all the great vibes that the crowd threw their way. They played for the crowd. The girls loved Tom; they couldn’t get close enough to the stage to be near him. His smile and laughter are infectious and it shows on and off stage. Jason is the more serious of the two, but on stage it doesn’t show. Give him a guitar and the world is his oyster. The band is casual and friendly; they enjoy getting out there for pics with fans and chatting. 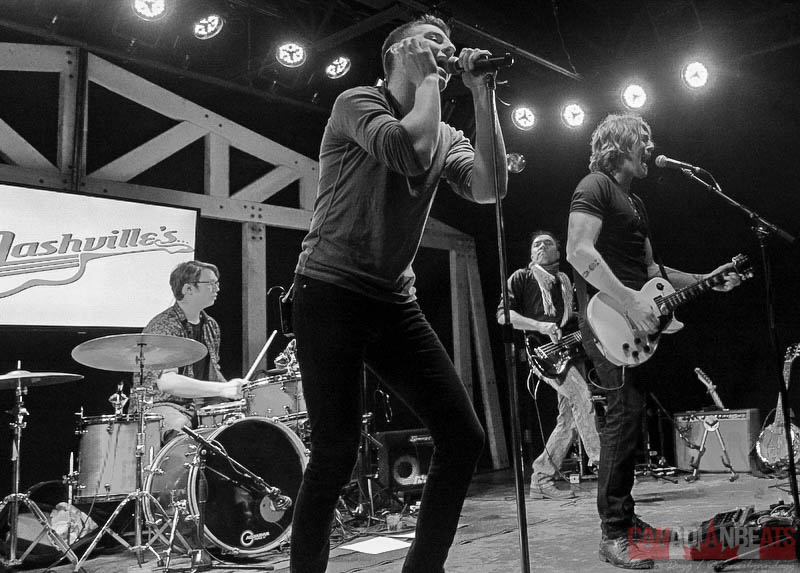 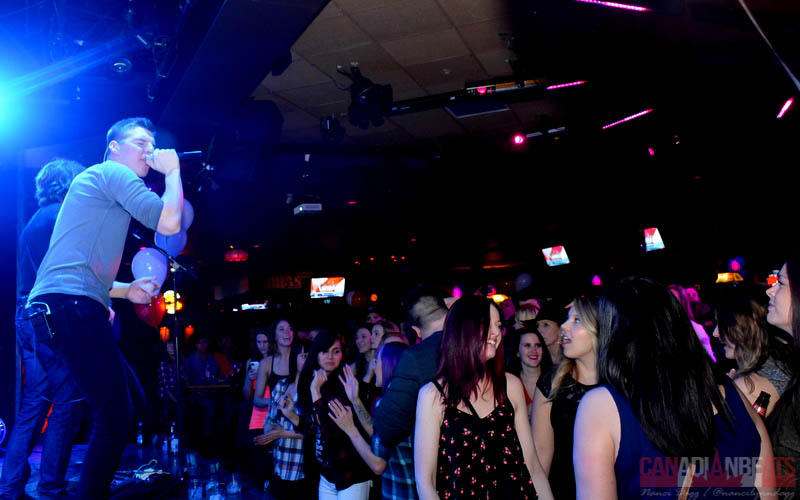 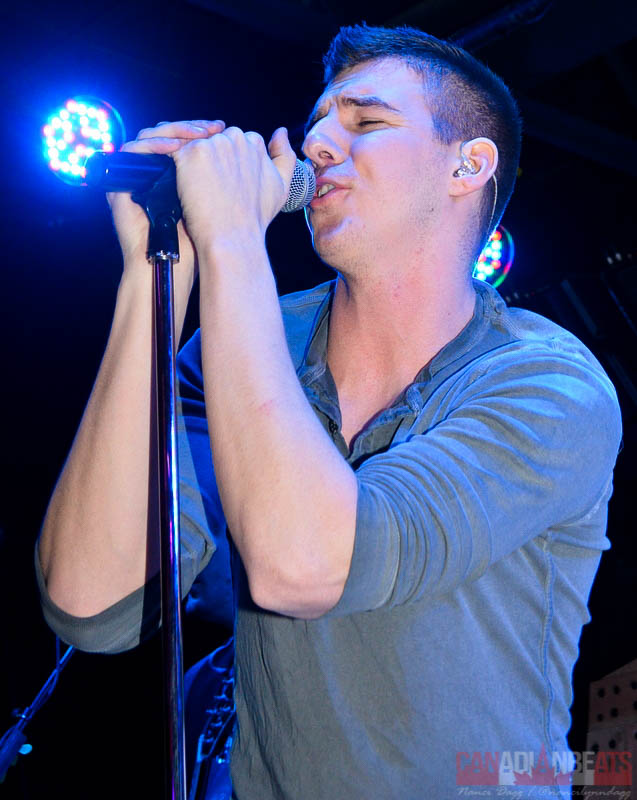 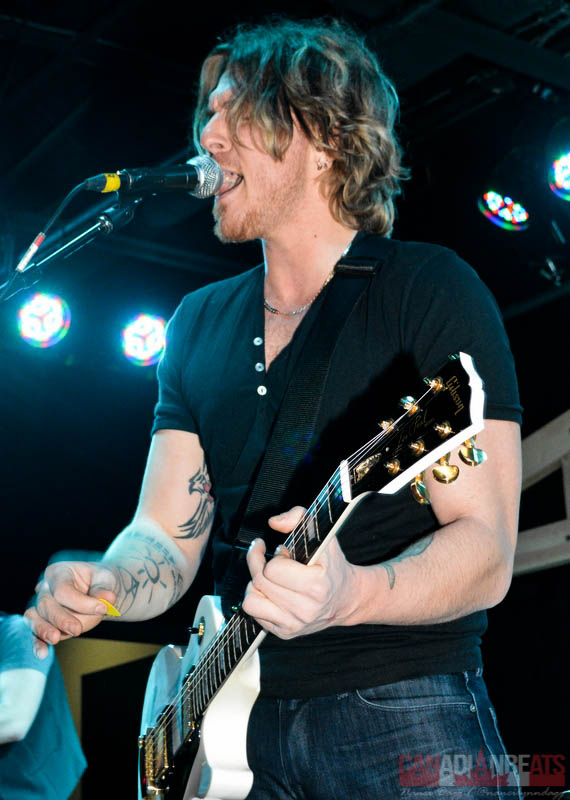 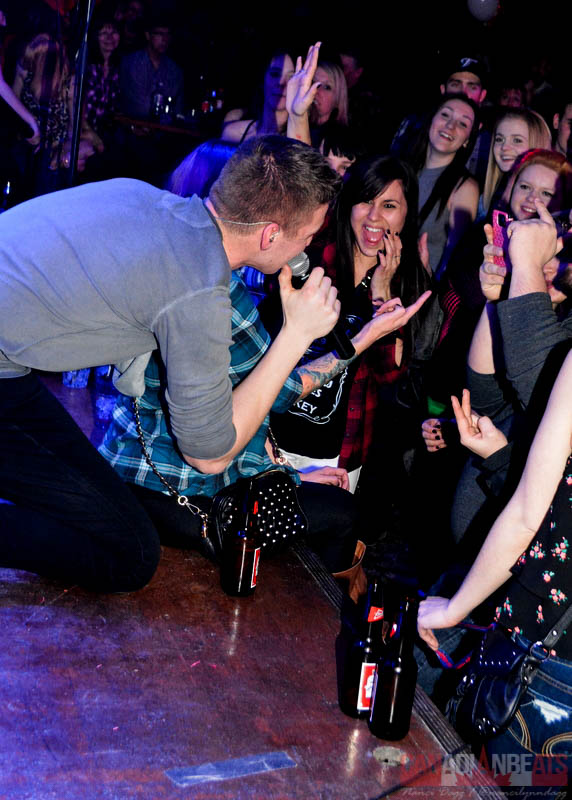 Friday night at Nashville’s with Petric and Leanne Cater was simply a great time!