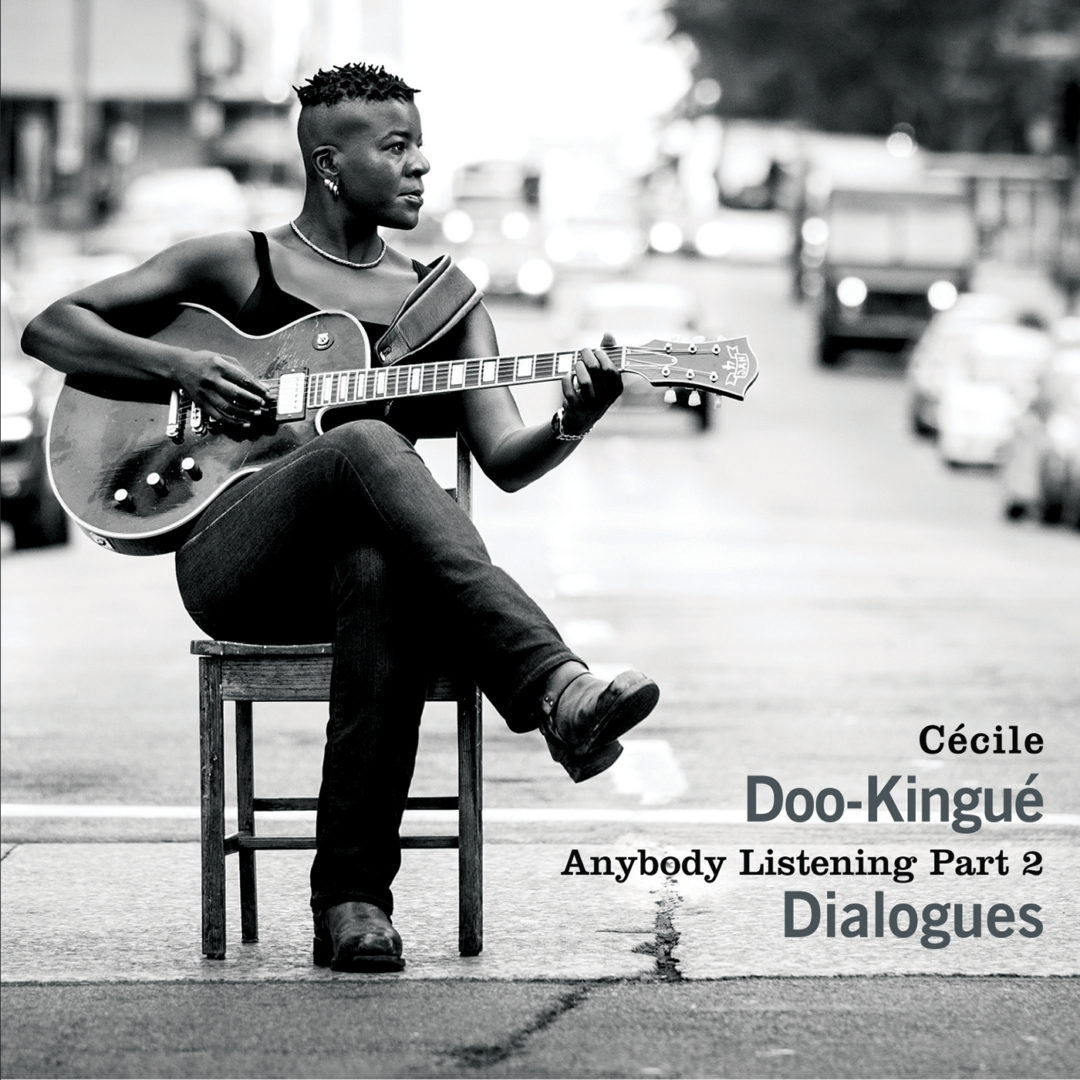 Montreal, QC artist, Cecile Doo-Kingue released a new album entitled Anybody Listening Part 2: Dialogues on January 22, 2016 which features twelve tracks ranging from blues to jazz to folk and even rock.

As soon the opening track, “Riot & Revolution” began playing I knew this would be a great album with high energy and the type of music that will keep your mind intrigued, and your feet moving! “Sweet Talkin’ Devil” was the track that had me hooked though. I couldn’t stop myself from singing along, once I had heard it a few times.

I thoroughly enjoyed the album, and the mixing of genres that happens throughout. It’s obvious that Cecile has talent, and knows what to do with it. The album is full of tracks that caught my attention and that I would quickly recommend to fans of these genres.

I closing track, “Manic Depression” is a bit slower song, but still shows that high energy that Cecile possesses throughout the album. I think it’s safe to assume that a live show featuring this talented Canadian artist would be something spectacular to witness!