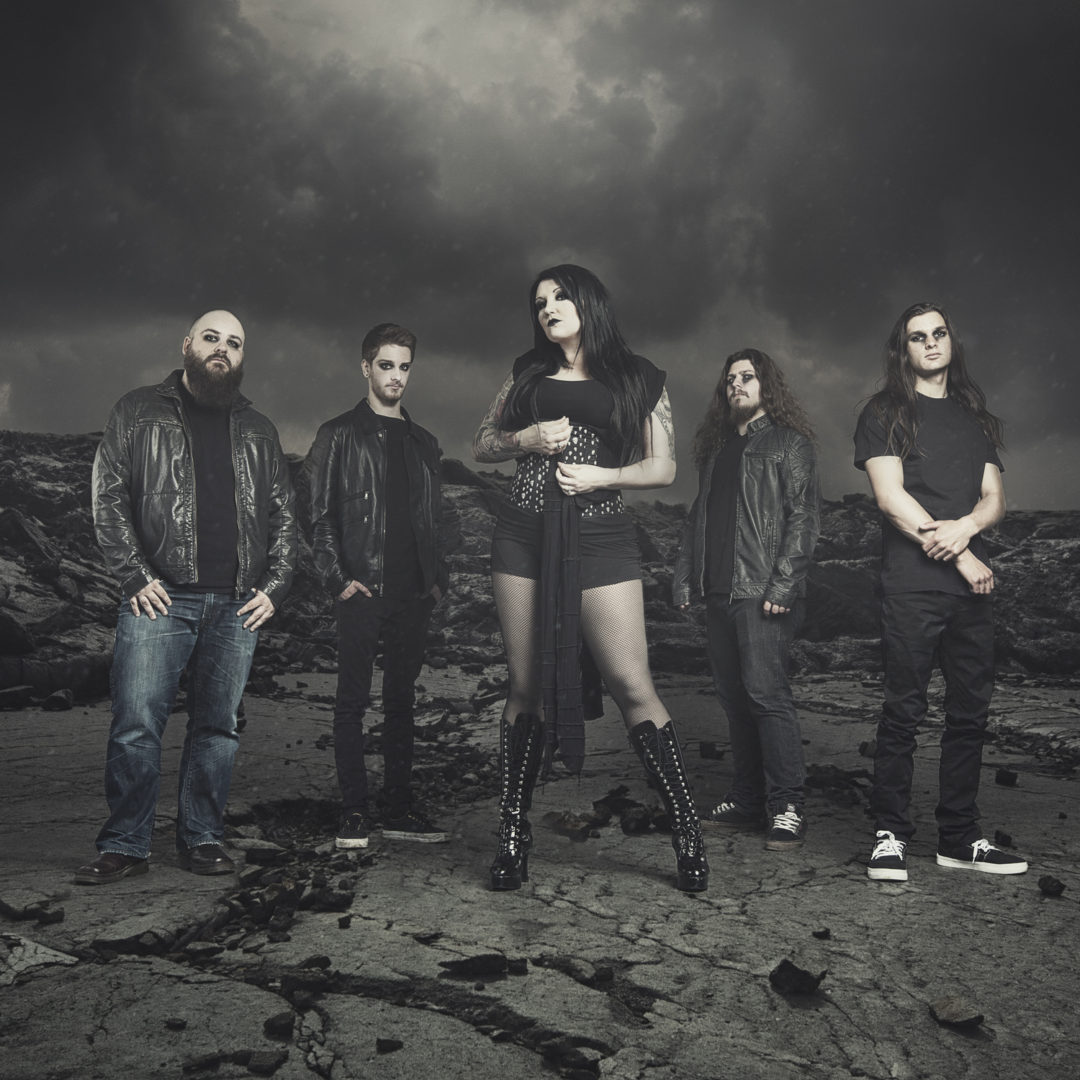 Goth rockers, Van Halst are about to release their debut album entitled ‘World of Make Believe’. Garnering considerable attention and positive reviews, particularly regarding the single they have released, Van Halst seems poised to pick up where Evanessence left off. Graciously the band granted me some time d to ask them a few questions about their album, their music and of course their intentions for 2016.

Van Halst started as a solo project for myself. Scott Greene (guitar) was helping me get my solo project off the ground after a string of failed bands. I’ve known Scott since I was a little kid so the writing process was really easy between us. After we started writing some songs we quickly realized that this project was meant to be a band. So we dropped my first name from the project and it became, Van Halst.

For me personally I am a huge fan of Shinedown, In This Moment, Evanescence and recently became obsessed with Motionless in White. I love bands that talk about social issues and the darker side of life. In addition, the vocalists in this bands blow my mind!

It seems like it has become very rare to see a goth rock band, what made you decide to pursue this particular brand of music?

This project changed so much over the course of writing the material. We kind of just wrote the music we wanted to write and tried not to put any labels on it. It just kind of came out in a goth rock, melodic metal fashion.

Without spoiling anything can you tell me a little bit about the new album?

There are 10 tracks on the album that mostly deal with a different social justice issue such as religion, homelessness, victim blaming and mental health. We wanted to be really honest and shed some light on some of these issues. I think it’s a responsibility that musicians and other public figures have.

Where did you find the inspiration to write this album?

The majority of the album was written while I was doing my sociology degree at the University of Alberta. I was working alot with at-risk youth at the time and they provided me with alot of inspiration for these songs.

Can you tell me a little bit about your bands writing process?

It’s different all the time. Sometimes I have a lyrical idea and rely on the band to come up with the music. Sometimes they come up with some cool musical ideas and I add the lyrics and melody. Sometimes we all sit together, jam something out and create something awesome. For World of Make Believe, Scott and I sat in a number of sessions together and wrote alot of material. Then we selected our favourites. Two of the tracks were written by my sister and I, then Scott arranged them for the album.

Who produced your album and where was it recorded?

Scott Greene produced the album at Powersound Studios in Edmonton. Additional engineering and mixing was done by Phil Anderson and Maor Appelbaum mastered the project.

When can fans expect to get their hands on a copy of the album?

We’re really excited for 2016. We are going to be touring though Canada for the spring and summer. We are currently in the process of booking everything. We are celebrating our CD Release back in Edmonton on April 2nd and will be one of the headlining acts on Canada’s Extreme Metal Radio – Metalfest on April 29th in Calgary. We’re also looking at some opportunities in Europe but nothing’s been finalized yet.

Who would be your ideal line up for a tour?

Wow that’s tough. If I could tour with anyone it would be Shinedown and In This Moment because they are both such an inspiration for me. I want to learn from them and be in the same league someday.

What is your opinion on the current music scene Canada?

I feel that the rock/metal scene in Canada is overshadowed. There are so many amazing bands that I have met over the past couple years but they typically have to leave Canada to grow. A lot of them head to Europe and have better luck I think.

Do you have any advice for other goth rock bands that might just be starting their journey?

You need to remember that this is a business and needs to be treated like a business. Contracts, insurance, funding is all part of the deal and you want to make sure you have a solid business plan in place. You also need to practice alot and solicit the best teachers and mentors you can find. The mentorship I have received over the past few years has been the key to our success thus far. Lastly, write what you love and perform with passion.