Home / Promos / A Perfect Fit: Wrangler© Partners with George Canyon For The “Jekyll And Nothing To Hide” Canadian Tour

A Perfect Fit: Wrangler© Partners with George Canyon For The “Jekyll And Nothing To Hide” Canadian Tour 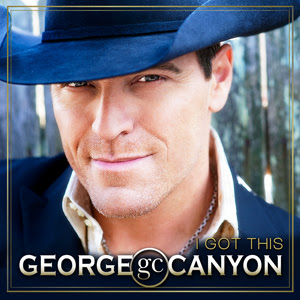 It was announced on February 4th, that Wrangler©, the well-known, popular western clothing brand, has partnered with Canadian Country Music legend, George Canyon on his cross Canada “Jekyll and Nothing to Hide” Tour which began in Calgary, AB, on February 5th.

Wrangler©, as the official tour sponsor, is helping Canyon on his headlining tour to promote his anticipated 11th album, “I Got This”, which was also released on February 5th.

“Country music and the Wrangler brand is a combination for good times,” said Jason Moorehead, Vice President, Canada. “Wrangler is thrilled and honored to partner with Canadian Country Music Artist, George Canyon as the official sponsor of the “Jekyll and Nothing to Hide Tour”. The Wrangler brand is a proud supporter of Country Music and is excited to be on tour with George celebrating the release of his new album, ‘I GOT THIS’”.

“There is nothing better than the fusion of an iconic brand with an iconic artist,” said Jim Cressman, President & CEO – Invictus Entertainment Group. “We’re happy to welcome Wrangler to the George Canyon family. Literally, a perfect fit!”

Canyon, is a huge supporter of upcoming artists and has mentored several over his musical career. Last month, it was announced that at every stop on this tour, he would be selecting a local act to open for him. It is just one more way Canyon is helping to promote and nurture talent.

Limited VIP packages are available in each market. This includes an acoustic performance, a meet & greet plus photo opportunity with George Canyon and see him perform live in concert. Go to: www.georgecanyon.com/shop for more information.