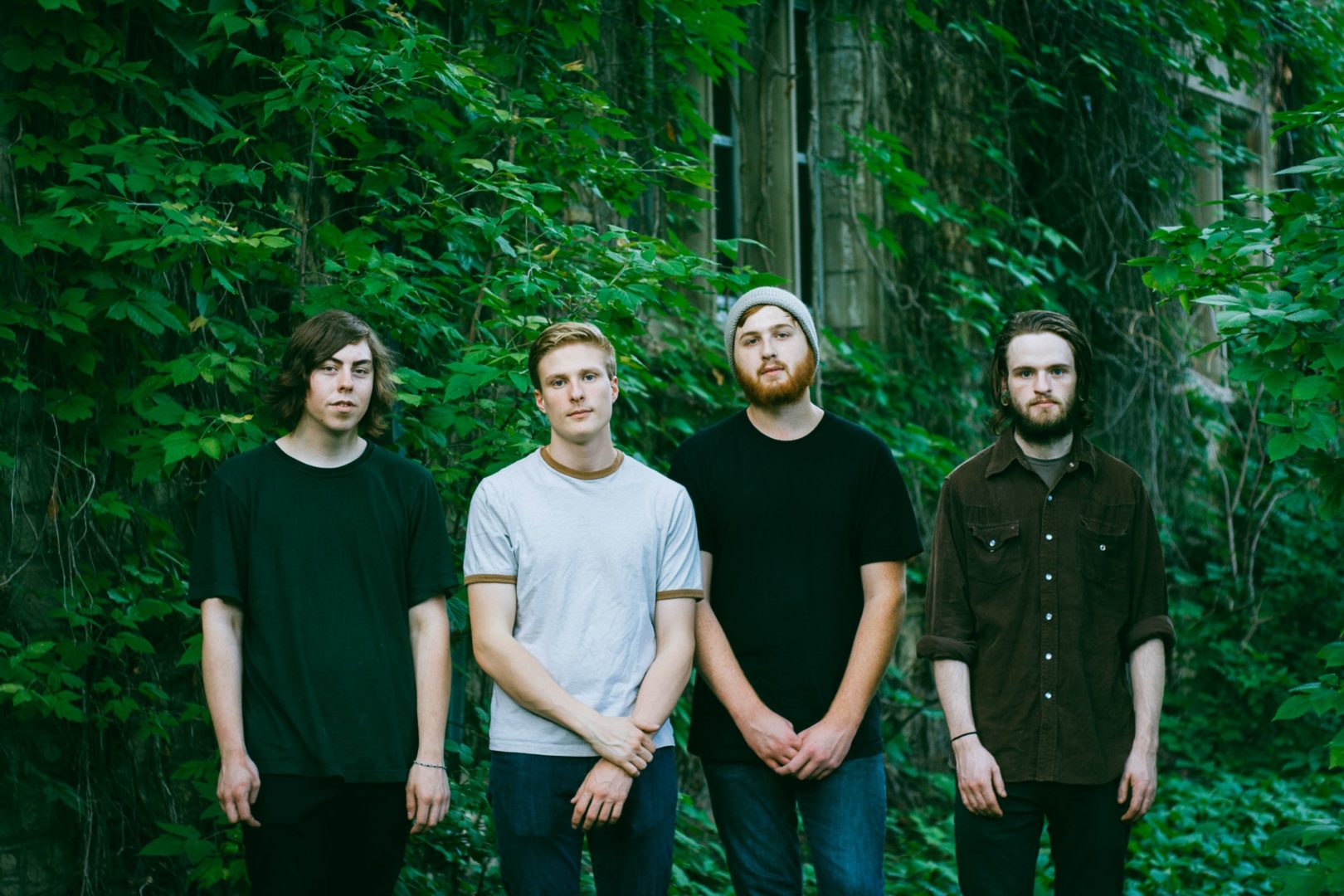 Bonfire is a band that knows how to take the listener on a journey. Sorrowful paintings seemingly come to life through their music in a manner that is both beautiful and haunting. After listening to their new album ‘Mom’s Garden’ I had a little chat with the band about their sometimes-whimsical approach to music.

How are you doing? How have things been going since the record release?

It’s been good, smooth sailing. Everyone’s been really positive about it.

Can you tell me a little bit about the band and your musical roots?

We’re a 4-piece rock band from Saskatoon, SK. We started playing together in fall 2012. We all came together from other metal bands, wanting to do something a little more rockin’.

Where did the name come from, and is their a significance to it?

Started from a song we had called ‘Bonfire’ which is essentially about having a bonfire as a celebration, which tied in to the idea of cremation. So it’s like a celebration of someone’s life. Also it’s the name of an ACDC boxset.

How did you arrive at the title Mom’s Garden?

Greg’s lyrical themes started to piece together and from there we decided on ‘Mom’s Garden’ as the most indicative line to represent the EP. The EP is mostly about family and relationships, that line summed it up the best.

I had heard a number of you were from hardcore and punk bands is that true, and if so why the departure from that sound?

I think we have always strived to be a rock band, and when we came together as Bonfire we really wanted to do just that. It’s what we all listen to, so it made sense to dive into it a bit more.

The desire to push ourselves and express our thoughts and emotions. We use music to express that because we think it is easy to express feelings through music and lyrics.

Lyrically the music seems very sorrowful, is this intentional?

We’re all pretty happy people, but I think Bonfire is a way express the darker side of things. The album focuses on a lot of ‘whatif’s’
in life and relationships. So naturally, a lot of those what-ifs tend to be more the bad outcomes of situations, and worrying about those things.

What do you hope listeners will take away from your album?

That musically and lyrically it touches home with someone else.

Tell me a little about the writing process?

One of us usually brings in a blueprint of a song, and everyone else inadvertently makes their way into the song. Usually starts with guitar haha.

Do you write with an audience in mind, or is you music more for you?

More for us, we just hope other people can take something from it to.

With Karl Schubach in his home studio in Regina, SK.

What are you plans now that the record has been released?

Write more music, and hopefully tour in the new year. We want to release a single before we head out again.

Are you writing new music already?

What are your thoughts on the Canadian music scene?

It’s a great scene because it feels sort of tight-nit and has a strong sense of nationalism. There are so many good Canadian bands right now, and we’re excited to be part of it.

Is there anything you would like to say to fans?

Thanks to everyone for the overwhelming support and we hope to see you in the near future.