By Cassandra Popescu on February 4, 2016

The 2016 Juno Awards excitement kicked off February 2 in Toronto at the Phoenix Concert Theatre to announce this year’s nominees in various categories such as Artist of the Year, Album of the Year, Group of the Year, and more. Leading the nominees were popular artists The Weeknd, Drake, and Justin Bieber. 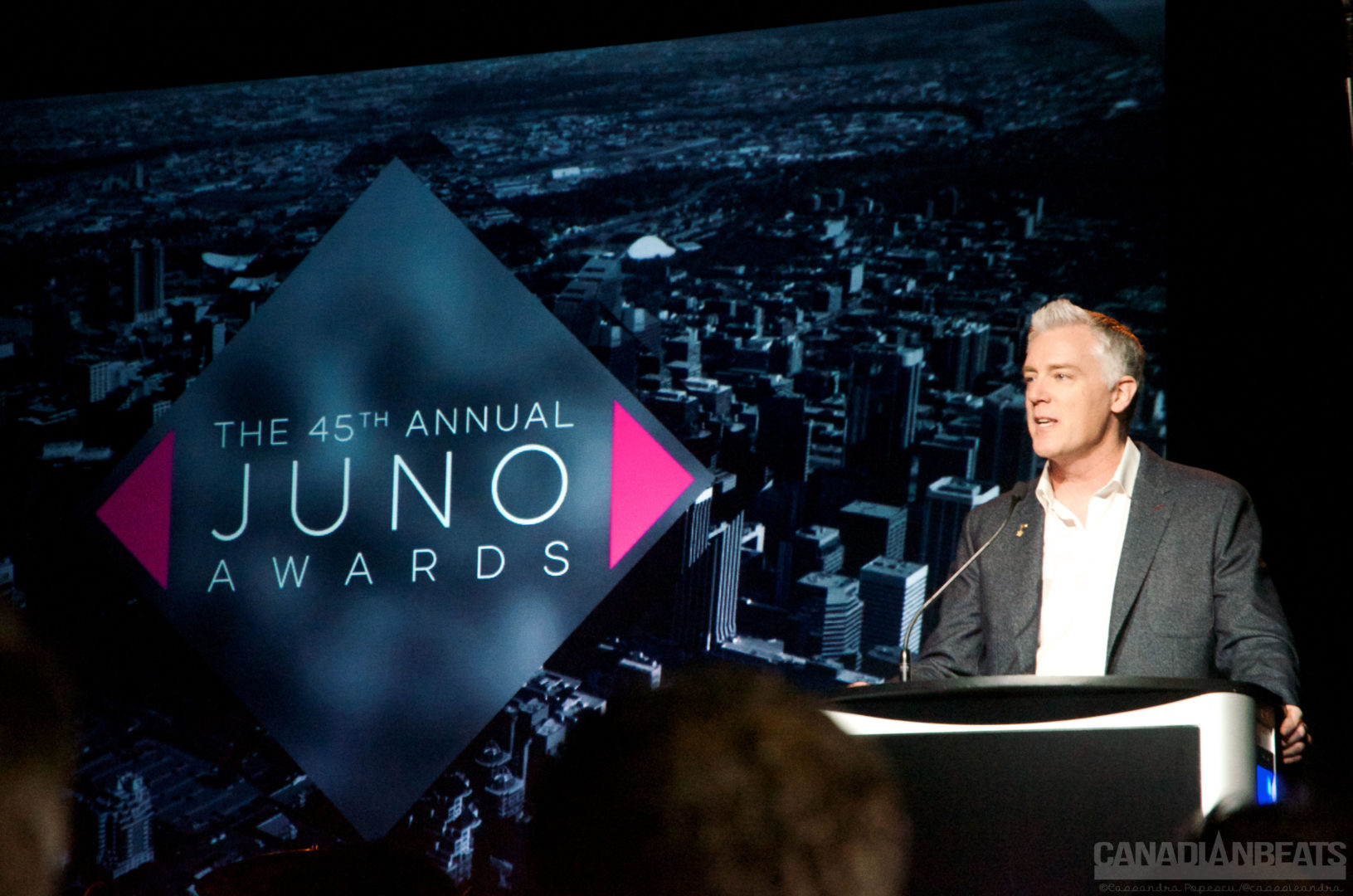 Canadian Academy of Recording Arts and Sciences (CARAS) president, Allan Reid, opened the announcements and welcomed Transit to the stage to perform a tribute song to his hometown. 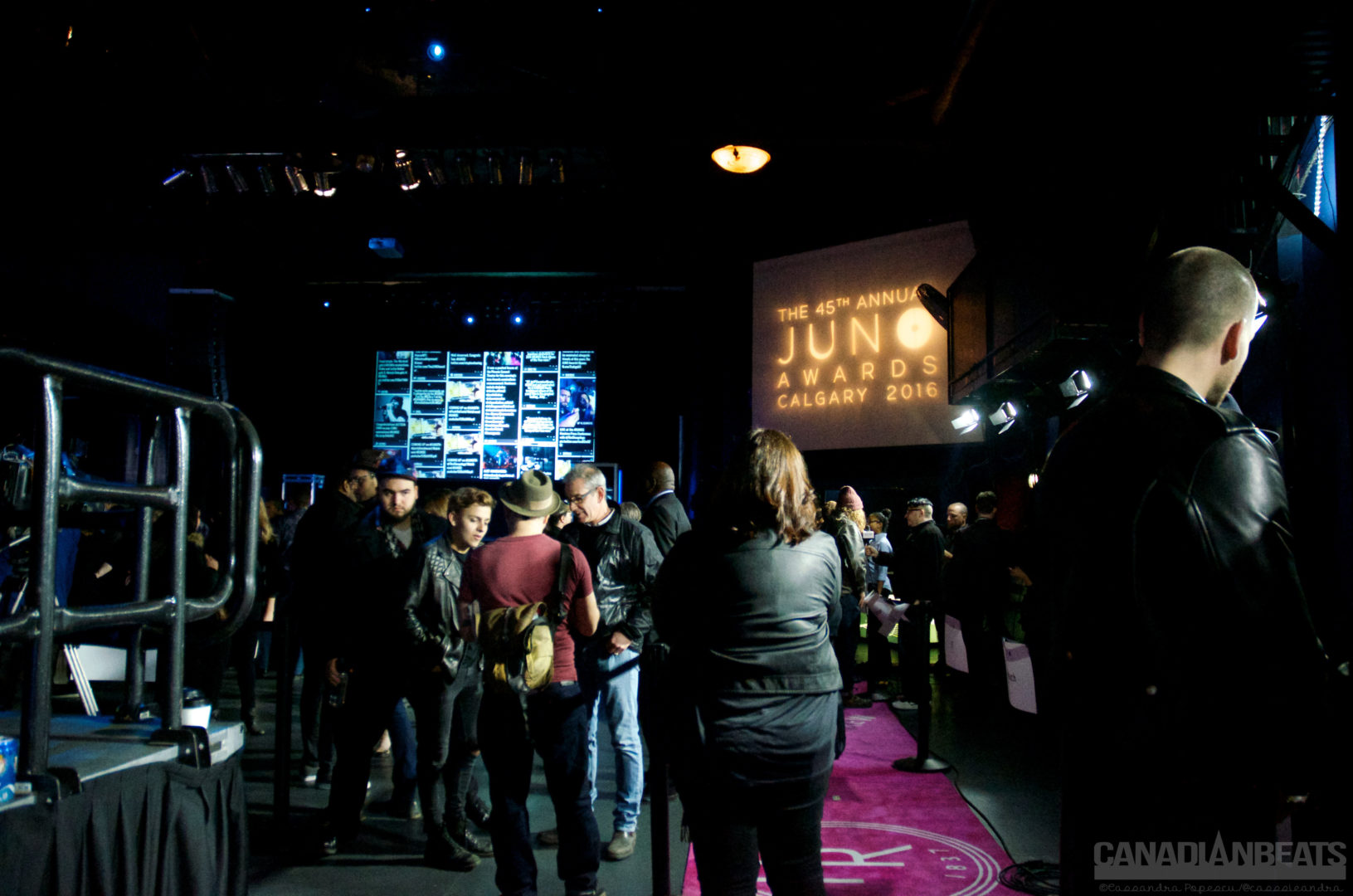 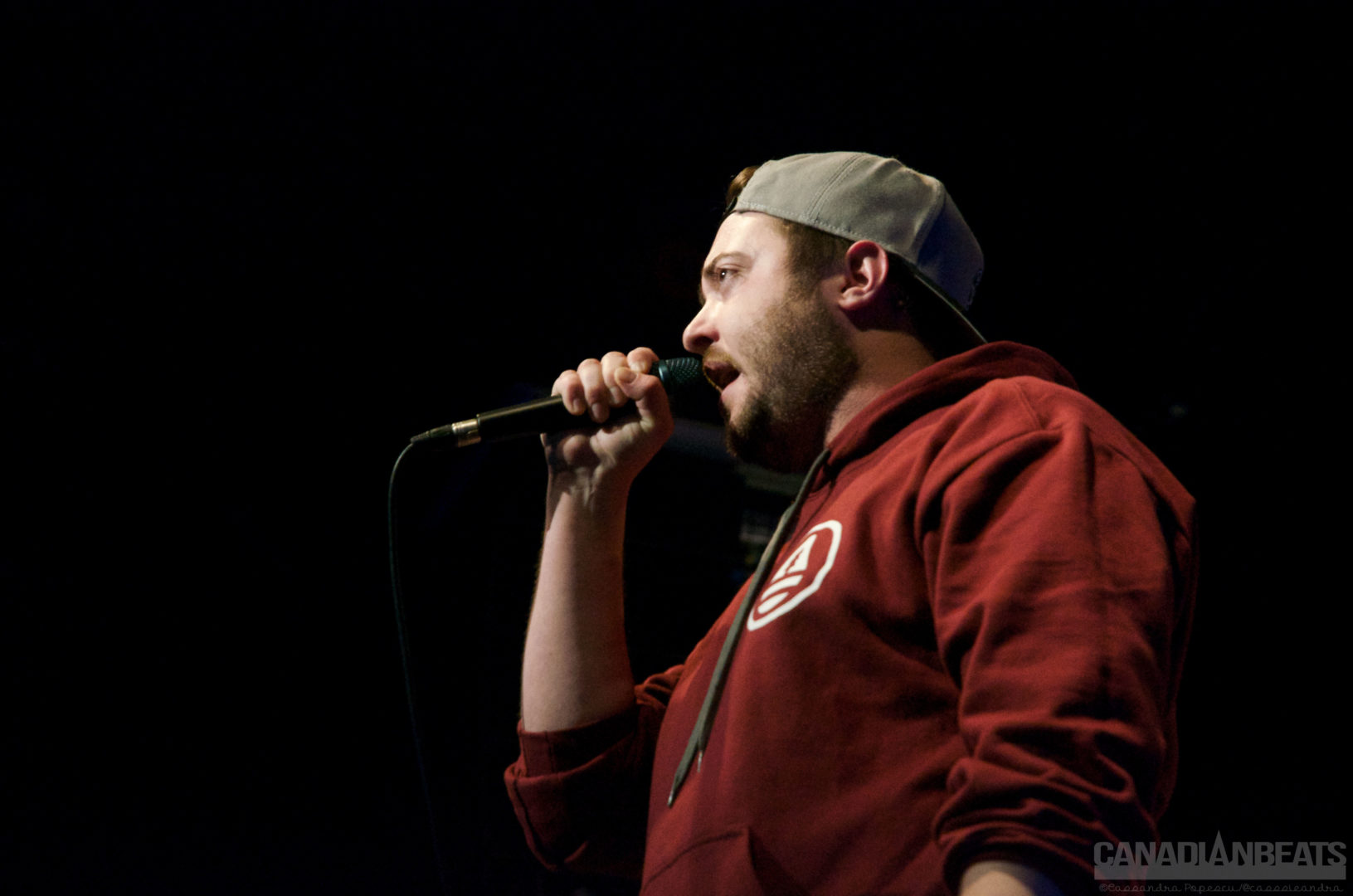 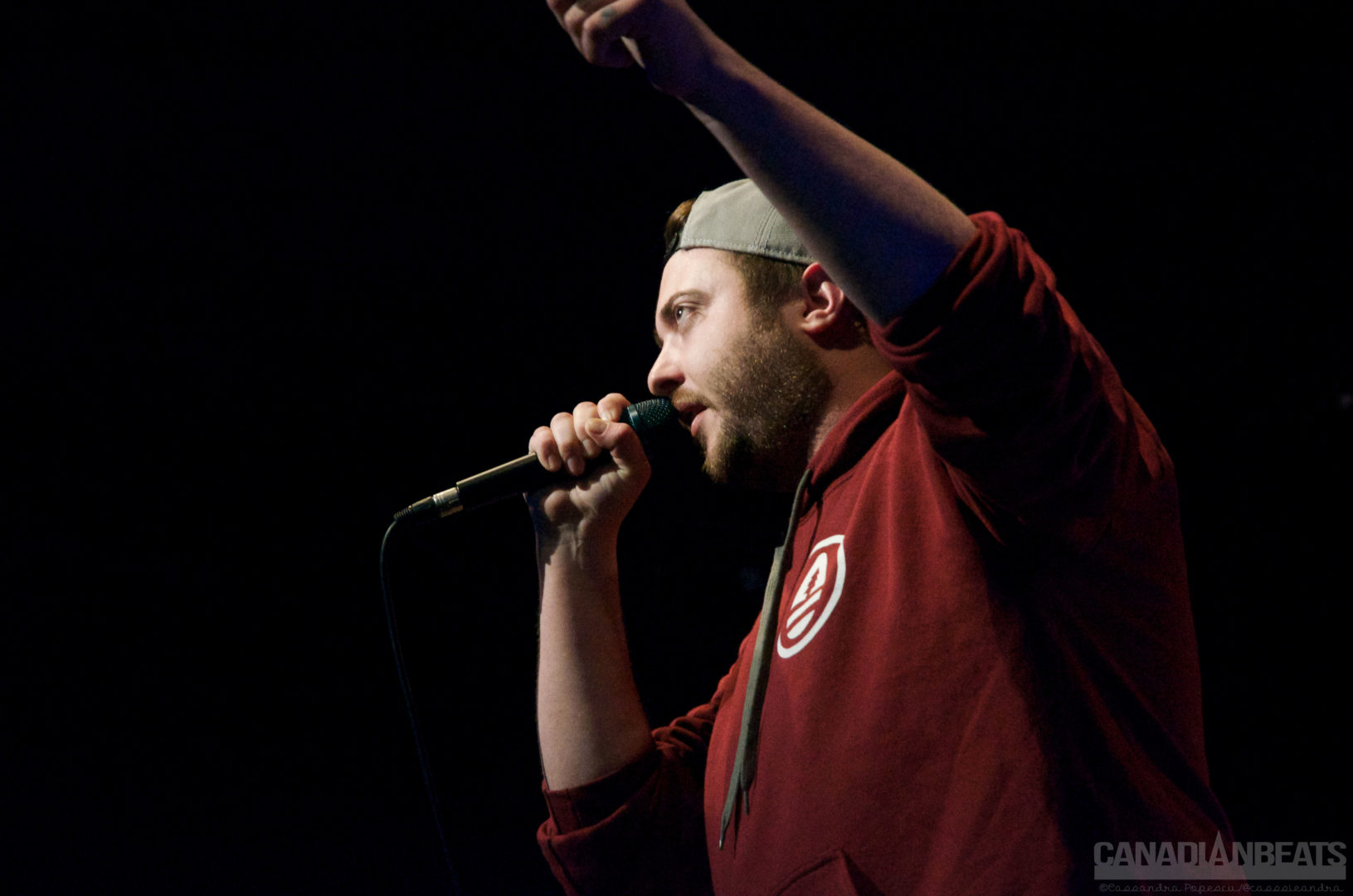 The afternoon continued with more speeches and announcements from industry leaders supporting all the artists that were nominated. 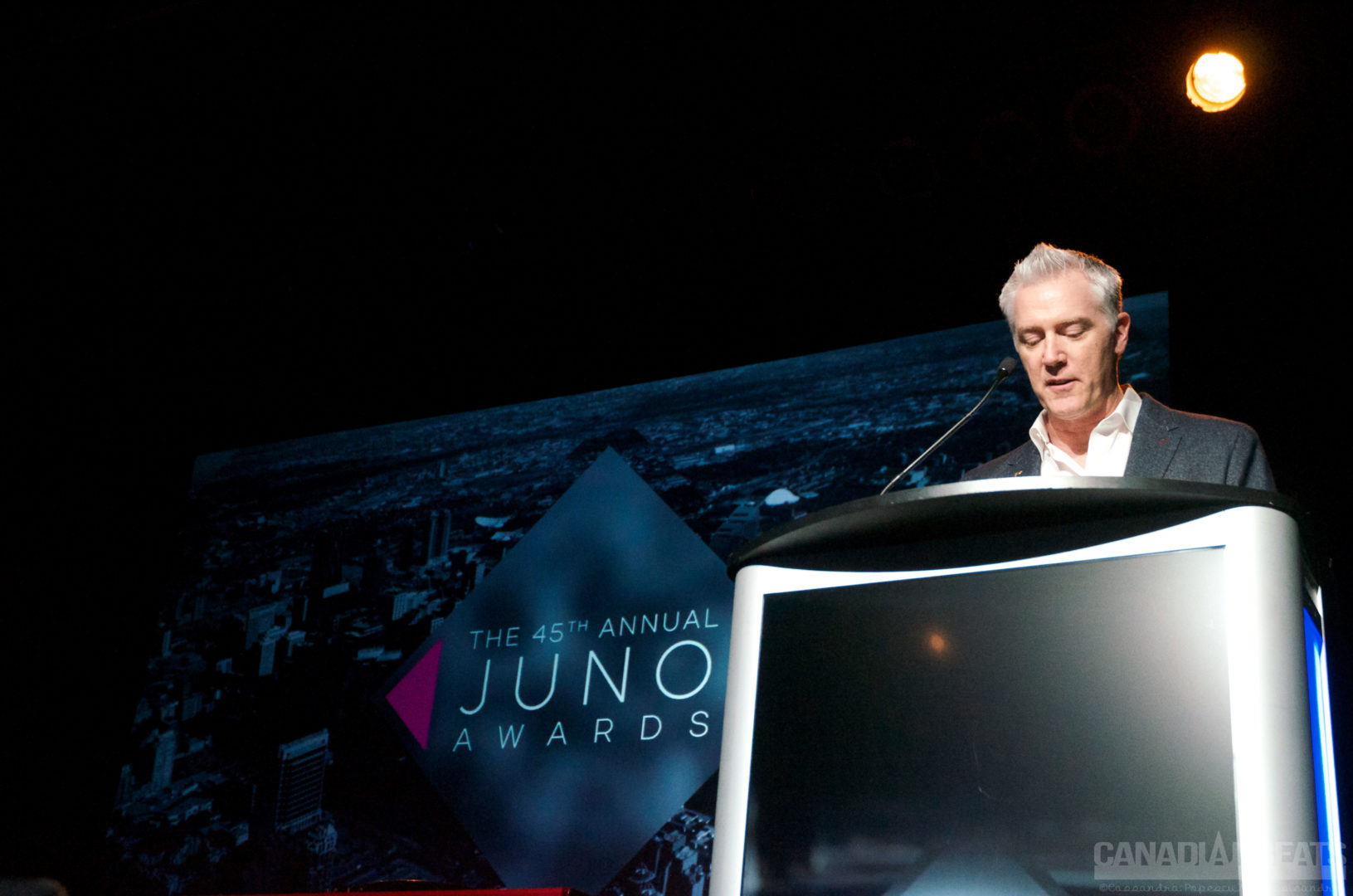 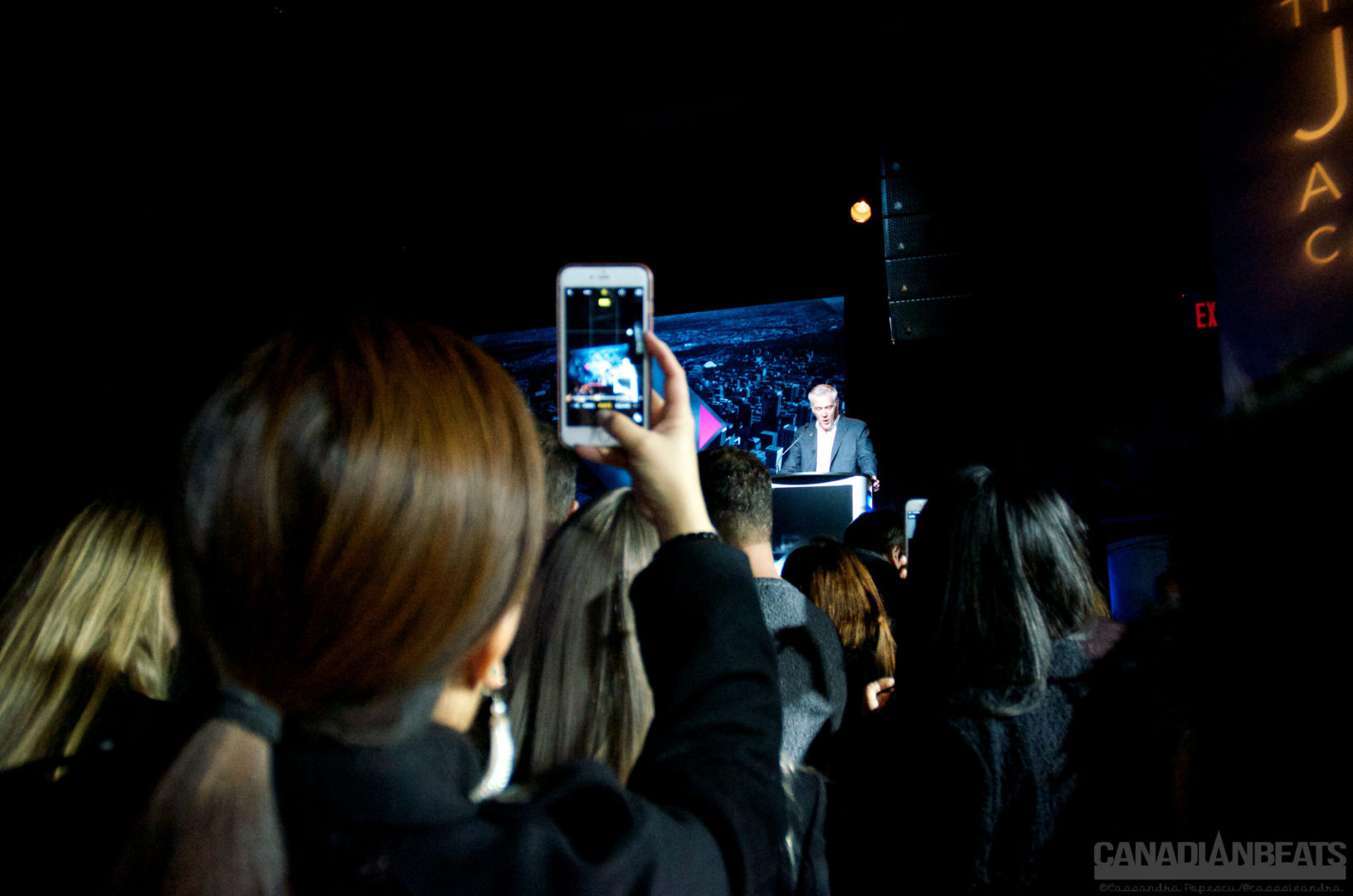 After announcing all the categories, Breakthrough Artist of the Year nominee Scott Helman closed the show with an energetic performance of his hit song Bungalow. 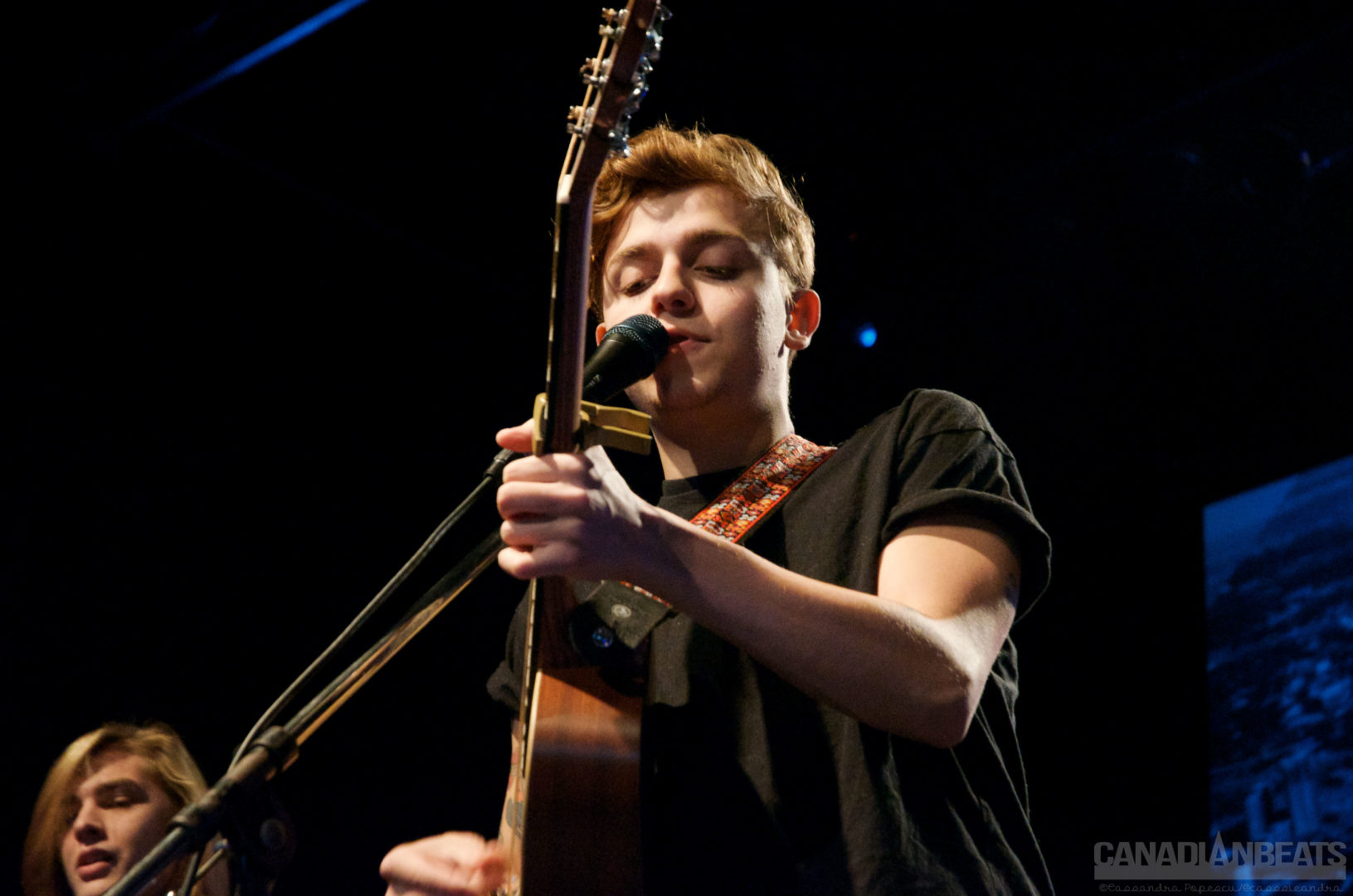 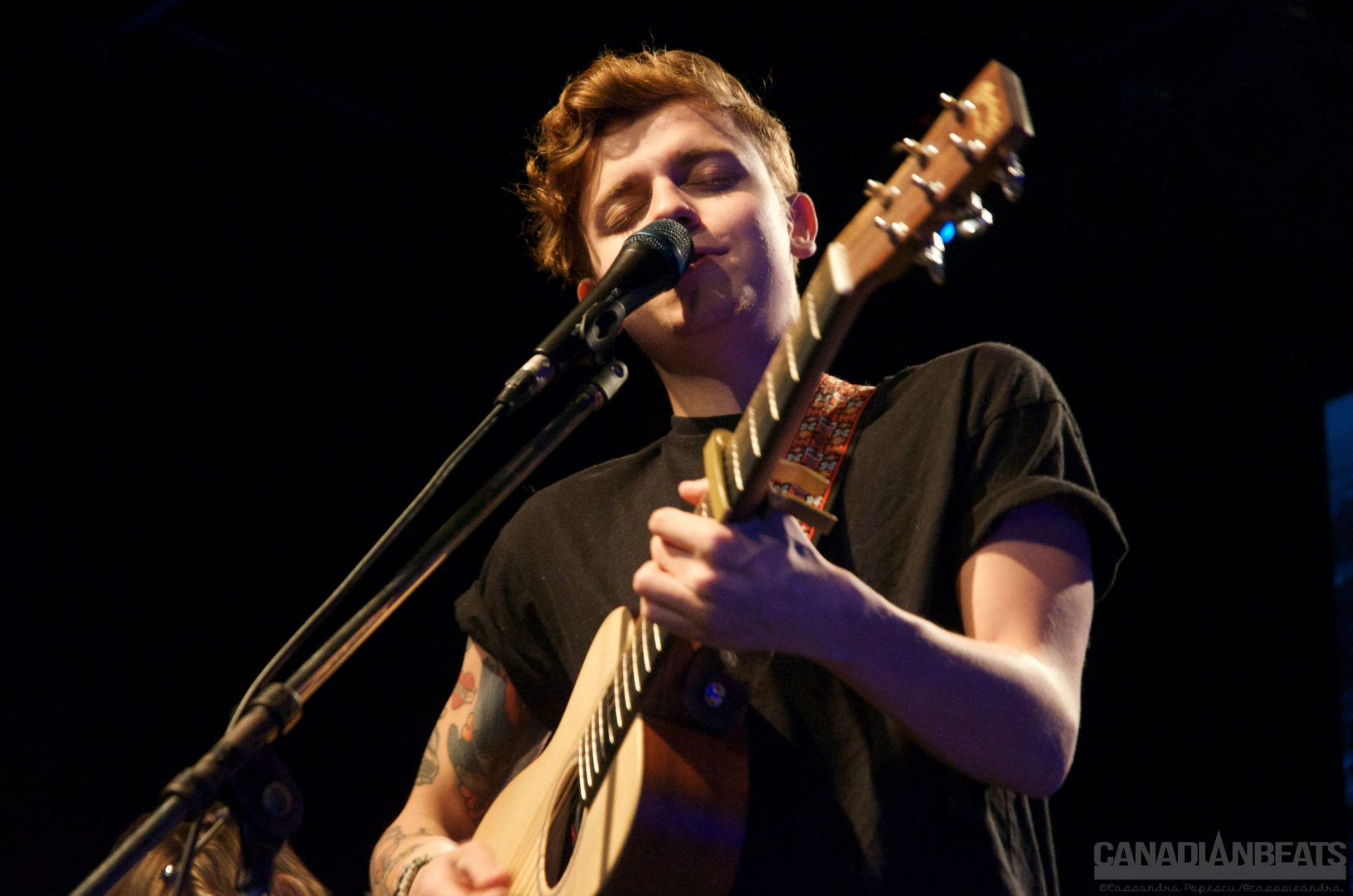 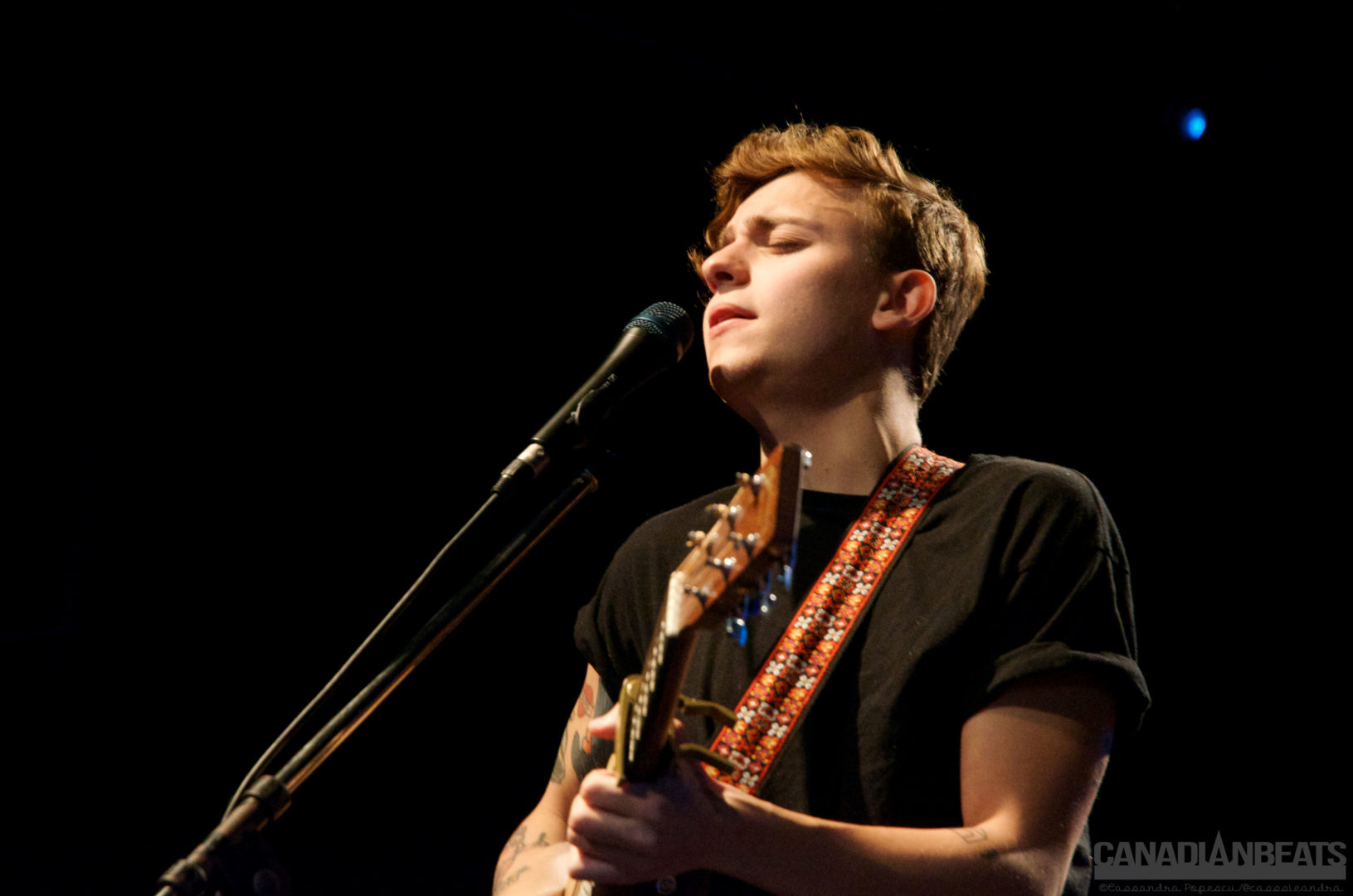 We caught up with some of the attendees to discuss the importance of Canadian music, being nominated, and attending the Juno Awards. 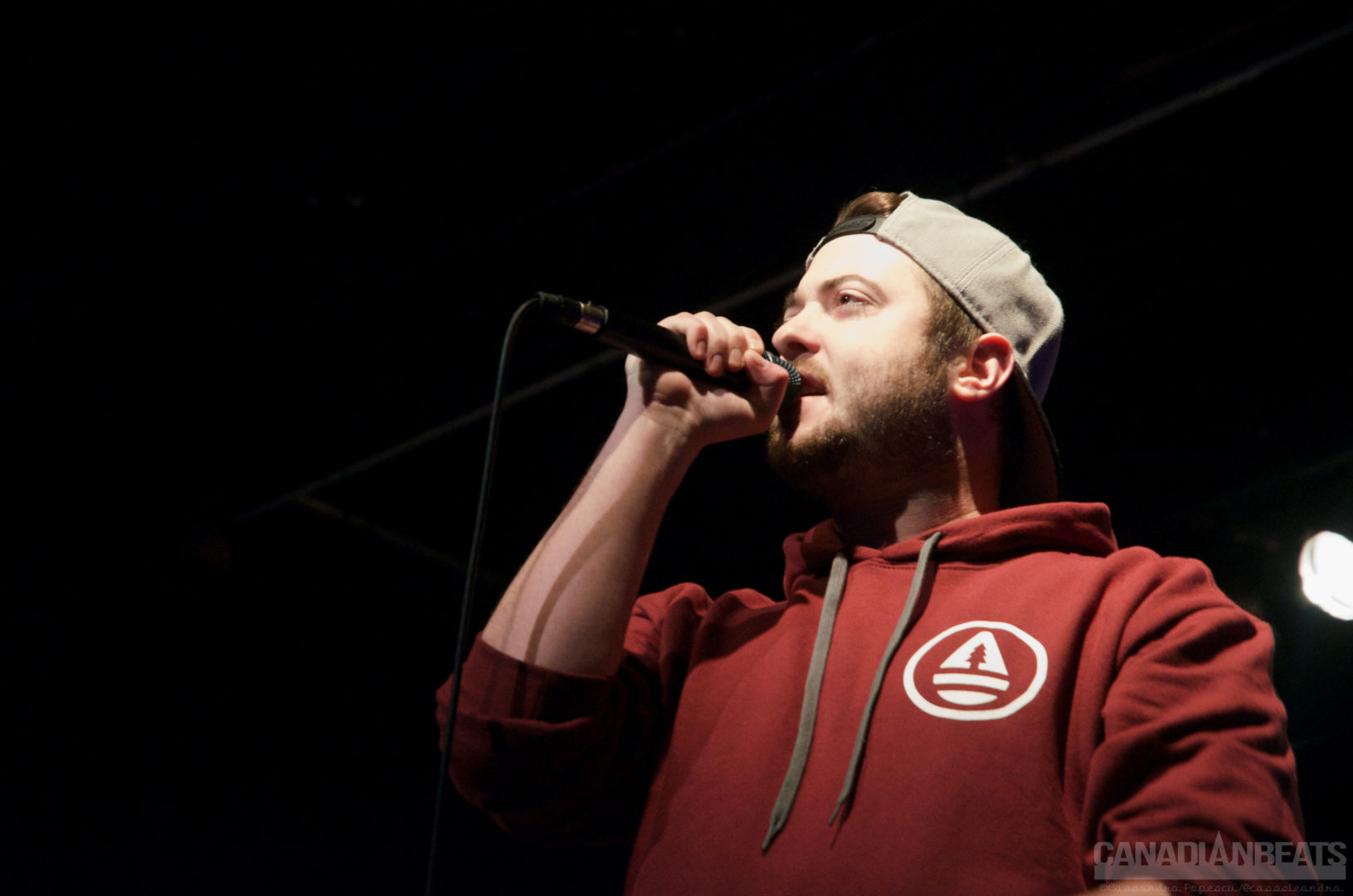 How does it feel to be performing at such an important event for Canadian music?

Transit: Its crazy! We kicked off the announcement at the Junos! There are so many awesome, talented people here, and a bunch of media. It was obviously a little nerve racking but as soon as the beat dropped I remembered we’ve done this so many times, it just felt natural. The energy in the room was awesome and we were proud to represent our city in such an awesome place.

What are your favourite aspects of the Canadian music scene?

Transit: My favourite aspect of it is that it’s so diverse. We have so many different cultures, you know the culture of Calgary as opposed to Toronto, and you hear Toronto establishing its own sound…it’s really cool that Canadians are actually becoming the tastemakers and we’re becoming the people to establish what’s cool. People are looking to our sound and trying to adapt to it. In the past we used to think, “how can we make our stuff sound more American?” and now Americans are thinking, “how can we make our stuff sound more Canadian?” So I think that’s dope.

Keep an eye out for new music from Transit as a new album is currently in the works, and he plans to go on tour in the spring. 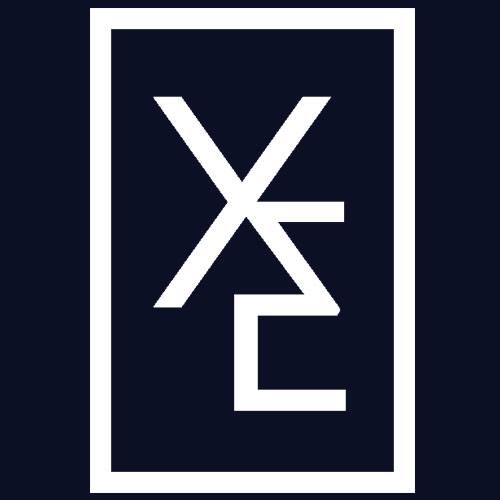 Breakthrough Group of the Year nominees, Young Empires shared their thoughts with us after the exciting announcement of their nomination.

How does it feel to be joining the Juno Awards today, being nominated and part of this huge moment in Canadian music?

YE: We feel like all-stars! It’s definitely a big moment for us. This is our first time here. We’re really excited, looking forward to it. We just want to party with our friends, a lot of our friends are nominated as well.

What are you looking forward to in your careers after this milestone?

YE: Keep writing, trying to progress and get better. Hopefully be nominated for more categories next year. It’s not like a goal but it’s definitely in the back of our mind when we are writing.

What are some of the stepping-stones that led to this moment?

YE: Concise branding, international touring, writing great music and being persistent. You might know that our first EP Wake All My Youth had White Doves and We Don’t Sleep Tonight on radio in Canada. It didn’t happen on that EP, and now that our full-length record is out, our industry peers have shown that they are appreciative of our music. So yeah, persistence, good branding, international touring and building your fan base. 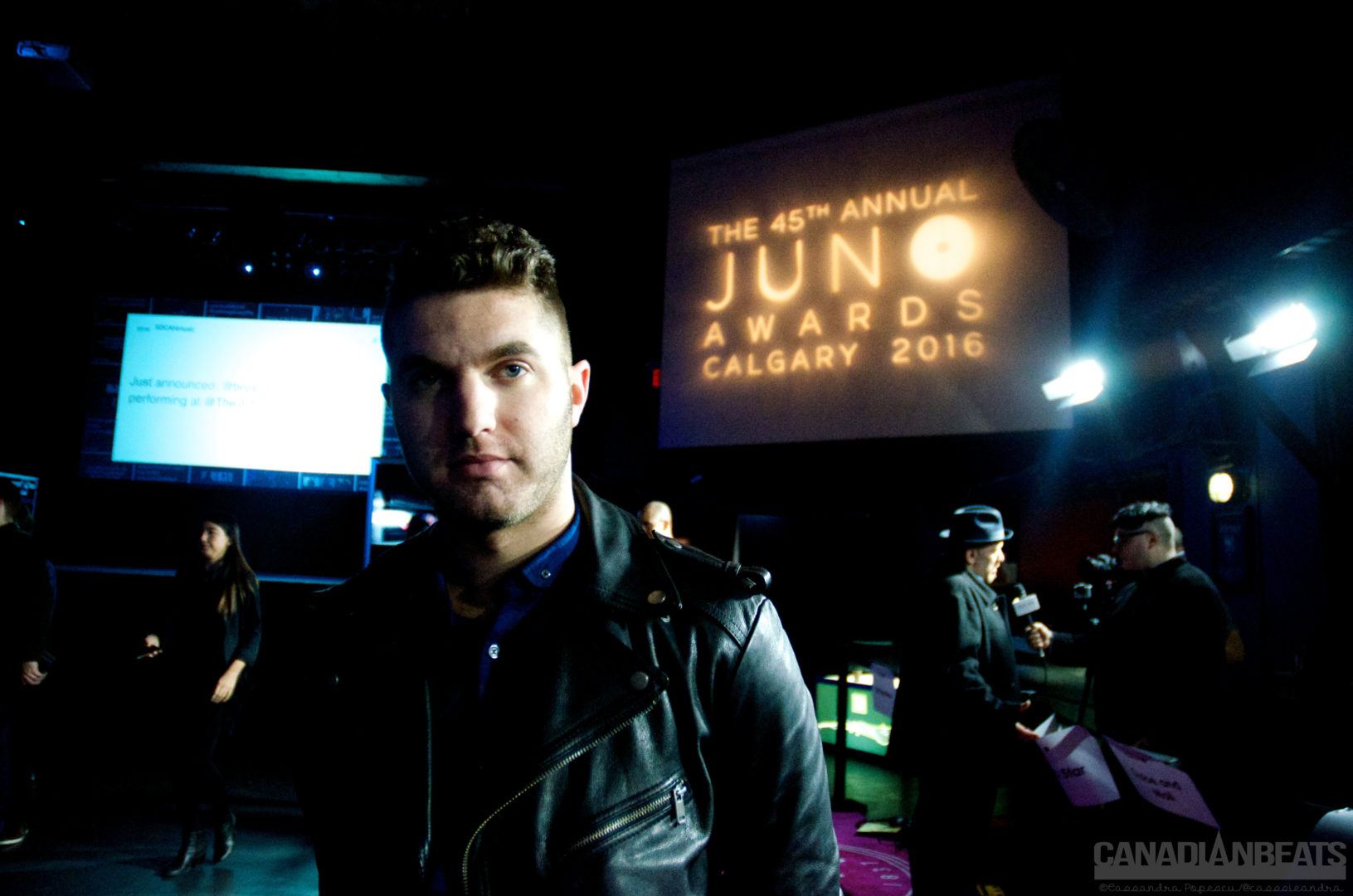 Montreal based R&B artist, Patrick Lehman, who is nominated for his album Butchy’s Son in the category of Best Soul/R&B Recording opened up about how his Juno nominee is a dream come true, and the influences that shaped his music.

How does it feel to be part of this moment in Canadian music?

PL: Unbelievable. I can’t even believe I’m standing in this room right now. I worked on the album for about a year and a half and I’ve dreamt of it, I watched the Junos as a kid so being nominated alongside some of the artists in the categories…I’m trying to breathe right now.

One of the new artists I really like is Alessia Cara, I want to check out the album because I haven’t heard the whole thing, but I like what I’ve heard so far. A lot of other artists go back to when I was kid; Alanis Morissette, Neil Young, I mean I like all different types of music. Obviously Workman is another great one. I just think this year Canadians are taking over internationally, especially in R&B and hip hop so to be in that category for this album is incredible.

What do you think has led to this moment in your career today?

PL: One thing I have to say is that everything has been so gradual which is actually a really cool blessing, I mean this is overwhelming today but touring Canada, the United States, over seas and getting more and more airplay has led up to this nomination. So I feel a bit prepared for it but at the same time I feel like I have no idea what I’m in for when I go to Calgary. And it’s a whole week, which is cool, I get to meet people and experience this whole thing.

Who has influenced your sound and shaped your music into the way it is today?

PL: A lot of American and Canadian music, a combination of Kanye West, Stevie Wonder… I can even say Joni Mitchell and Neil Young are huge influences just on the songwriting side of it, which is where it starts for me. There are a lot of great artists from Montreal too that I’m a big fan of. 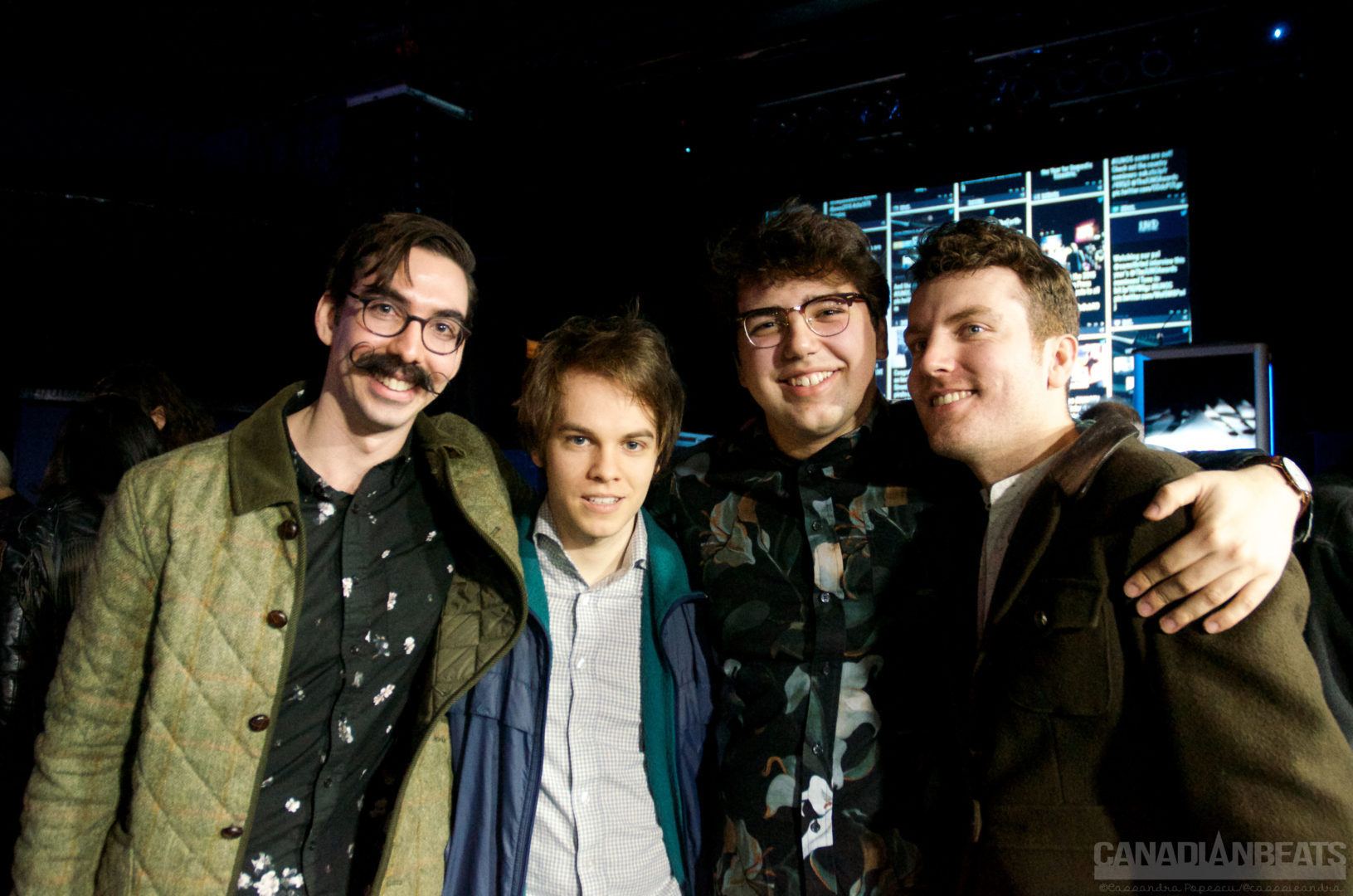 Breakthrough Group of the Year nominees, and indie rockers The Elwins talked to us about their careers and favourite Canadian artists.

How does it feel to be nominated at the Juno Awards alongside a lot of other amazing artists?

What led to this moment in your careers?

TE: I think everything, like it all started with a supportive foundation of family and friends giving us all sorts of guidance along the way. And a whole bunch of shows where nobody was there, a whole bunch of things we had to overcome, and we just keep going and going. It’s awesome to be here at this moment because we’ve dreamed of it and imagined it for so long.

What are some of your favourite Canadian artists that have been nominated today or in the past?