By Jordyn Armstrong on February 3, 2016@jordynhannah95 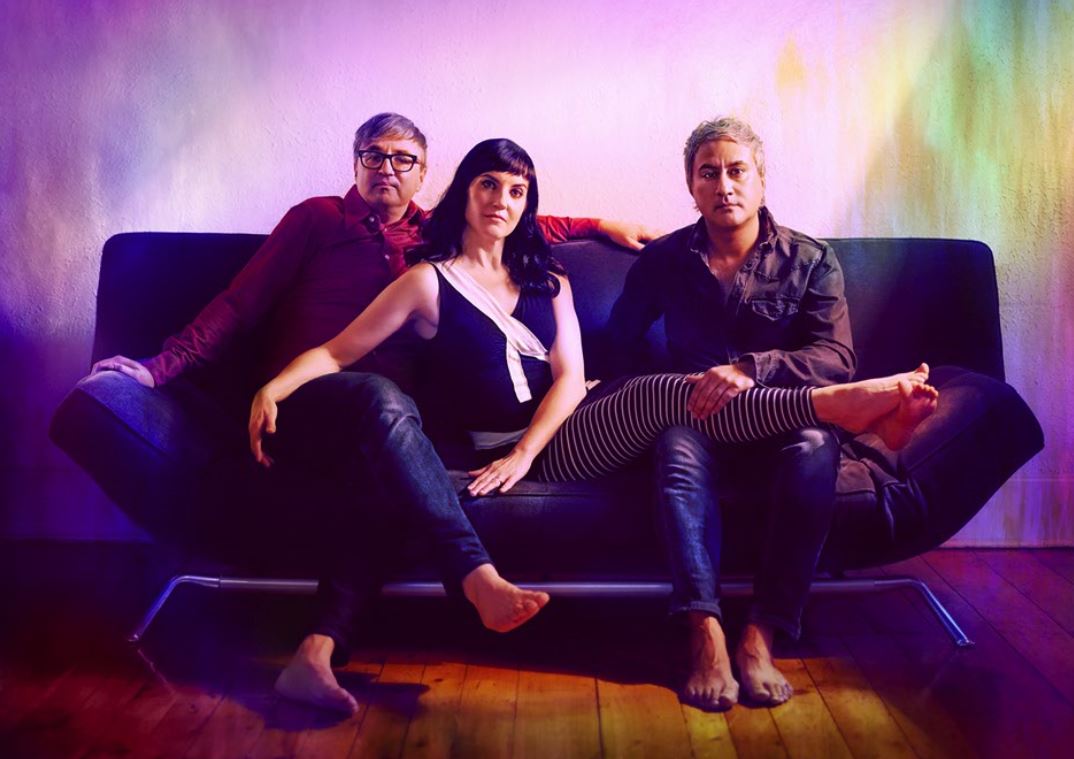 Ashwin Sood, Roberta Carter Harrison and Ken Harrison form the brand new band, GeL. After forming in November 2015, they have already released their debut self-titled EP. They are an electronic group with their roots in melodic pop and filter sweeps. GeL is the long awaited formation from the members’ past projects. To learn more about GeL, check out this interview!

All of you took time out of music to care for your children. When did you decide that you were ready to get back into music?

Roberta: We never really stopped making music, although we had to work at a much slower pace. And there was next to no touring for Ken and I. It took us almost 10 years to finish a Wild Strawberries album to follow-up 2005’s Deformative Years (funny…that’s the same year our twin boys were born!) but during that time Ken wrote and recorded a self-titled solo record under the moniker ‘boywonderbread’ and we wrote and recorded top lines for all kinds of EDM tracks. Ash was still able to record with lots of cool bands and even go out on short tour legs. I think the decision to get serious about GeL came when we realized that serious touring was once again possible. The kids are all growing up and getting ever so much closer to not needing us as anymore!

Now that you’re back, did it take a while to settle into it or did it seem new all over again?

Roberta: We haven’t played any live shows yet as GeL but just getting together with Ashwin to rehearse our live show has been such a blast! And it felt like we were right back on stage in the early 90’s. I’ve personally missed performing live SO much and it feels amazing to flex those muscles again….even if it is just rehearsal so far!

Since you sparked the idea in the 90’s, what was the biggest change you went through before being the band that you are today?

Roberta: I wasn’t privy to the original conversations between Ken and Ash (I was probably off shopping at whatever vintage clothing store I could find in whichever town we were in!) but I know that from the early days they wanted to focus on cool beats and freaky noises. Truth-be-told I’m not sure my vocals were even on the radar back then! So, I think my vocals might be the biggest change!

Do you feel you have any 90’s references in your music or something that indicates this sense of “long time coming”?

Ken: I think we were channeling the 80’s more than the 90’s so that’s an even longer time coming!  We used a lot of Juno 106, Simmons drums, Minimoog on this record.

Let’s talk about your EP. It’s been out for a few days now. What has the response been like so far?

Roberta: Everyone we’ve heard from so far is really digging it. Some fans who’ve been jonesing for more WS are thrilled to have some new material. And several people have commented that they like that’s there’s so much aural space carved out for the vocals.

Is this a good indication of what is to come?

Roberta: It is! We’ve got 5 more tracks almost ready to mix and lots more ideas for new tracks going forward.

In light of your track titled ‘First Impression’, what do you hope your first impression as a band is?

Roberta: Brand-spanking new and fresh but reminiscent of something you once loved.

As a Canadian Beats tradition, we like asking the bands a few fun questions as a way for the fans to get to know you better, so here we go!

What is your current Netflix addiction?

Roberta: I just finished Narcos and needed a break so am loving Brooklyn 99!

Ken: The Bridge. Love the Saga Norén and Martin Rohde characters.   Trying to figure out how to get Season 3 now.

Do you have any secret talents?

Ashwin: I am an excellent Chef!

Ken:  Yoyo…I can do a passable rock the baby in the cradle.

If you had the chance to ask one artist, alive or dead, one question about the industry, who would it be and what would you ask?

Ashwin: To John Lennon: “What do you think of the new breed of singer/songwriters?”

Roberta: To Björk: “Did I love you too much?”

Ken:  To Kanye….how’d you get that bass sound on Black Skinheads?

And finally, do you have anything to say to the fans?

Ashwin: Share the music, and I will make you chai…

Roberta: Please come and see us play live. I miss you!

Ken: I’ll try not to drink all the chai.