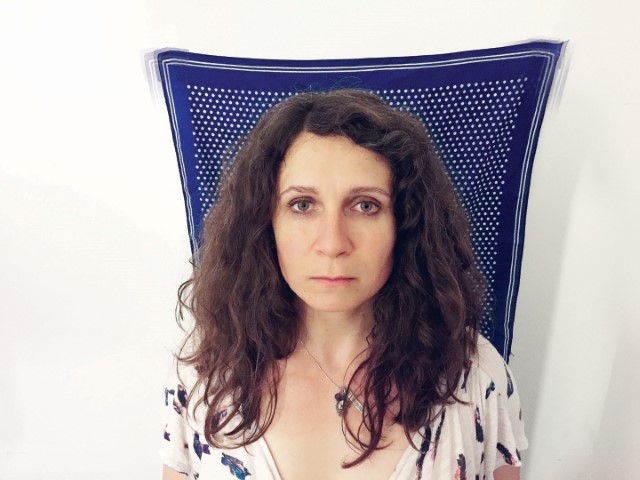 Megan Hamilton, a folk/rock artist from Toronto released her latest full length album ‘Forty Warm Streams to Lead Your Wings’ on September 25th, 2015. The album is available in both physical and digital copies, and is her second collaboration with producer Jim Bryson, who also worked on her 2013 EP ‘Snow Moon’. We had the chance to ask Megan a few questions about her music, future plans, and more in this interview.

First of all, can you introduce yourself to our readers?

Hi I’m Megan Hamilton from Kingston, Ontario. I moved here from Toronto in 2009. My first record, Feudal Ladies Club, came out in 2006 and I’ve put out 5 releases since then, 3 of them full lengths. The latest is called Forty Warm Streams to Lead Your Wings and it was produced by Jim Bryson. It took us over a year and a half to make it, and we recorded in Kingston with my friend Zane and in Stittsville in Jim’s studio.

I trained to be an actor at Ryerson Theatre School and then moved into creating my own performance work and then moved into producing theatre and film. I’d started to write my own songs – sort of to see if I could, and also because I was living in a basement apartment by myself and I was getting pretty lonely. I had a piano and I’d recently finally figured out how to play E, A and D decently on the guitar. Then I started putting on a monthly event at The Cameron House called myWORD. I curated the events, but also put myself on the bill because I wanted to write 3 new songs a month, which was ambitious, but again, I was also pretty lonely and music was a way to help keep myself occupied. Then I produced a play and met my friend Mark Vogelsang, who was doing music for the play, and he came to a myWORD and also happened to be an engineer and asked me if he could record me. And then it all fell into place, and I loved it so much I let everything else go and decided to pursue music.

What are some of the inspirations behind ‘Forty Warm Streams to Lead Your Wings’?

I had a child 4 years ago and I wasn’t sure if I’d be able to do music again after that. I’m still pretty under the radar, so I knew that getting back into music would be even harder since I do all of the booking, management, organization – and now I had to navigate childcare. I also work a full time day job, so between that and my daughter (and my partner), I was looking at some pretty serious time management and sacrifice. But music is that charming boyfriend who keeps making you believe he’s doing you a lot of favours (just kidding music, I sure do love you, or at least, I can’t quit you) and even though it’s so much harder, I’m still compelled to make it and perform it.

What was your writing process like for this album?

Some of the songs are older and for whatever reason hadn’t made it to previous recordings. And then a few years ago I gave myself the luxury of renting a rehearsal space so that I could get away from my family for a dedicated couple of hours a week and create stuff. I wrote a few songs in that space – both for Snow Moon (3 song EP also made with Jim Bryson) and Forty Warm Streams to Lead Your Wings. I don’t have a rigid process – I almost always start with words and rhythm , and then find the music to fit them. It’s so different, now. I am tired at night. But it is also the one thing that is mine, that makes me feel like I am accomplishing something, so I keep at it.

I do really like all of the songs that made it to this record, but 4am is probably my favourite because it’s got some energy to it. I like $5&U because we sort of figured out how to get the toughness of it into the song in a way that is different for me. Radio Radio came together in the studio, which was neat, and is an homage to Radiohead, specifically OK Computer and how much that beautiful record means to me. I might have even stolen some of the chord progressions. Please don’t sue me, Radiohead, I love you.

It’s been 10 years since your album, ‘Feudal Ladies Club’. Can you tell us some of the plans you were working on to celebrate this?

I’ve asked a few friends to record themselves on their phones covering songs from the record. I’m hoping to do an anniversary celebration in Toronto in April or May. And I’m trying to put a little documentary together about the making of it – Mark Vogelsang and I recorded it in an old hall in Feudal County, Saskatchewan in the Summer of 2005. I had no idea how to do any of it – record stuff, music press releases, one sheets, tour, manufacturing… It was such a steep learning curve, and I still remember Mark and I sitting there listening to the final thing and feeling some pretty big feelings.

Do you have any advice for someone that is looking to attain longevity in their music career, like you have?

I do: do it. Just do it. You will succeed sometimes, and you will not succeed sometimes. Sometimes people will get it, sometimes they will not care. If, 10 years later, you find yourself still doing it, despite it being pretty complicated and also you might wonder if you’re singing into some kind of void, still do it because ultimately, you will be leaving something behind. And maybe only the people close to you who love you will have it, but you will have made something, and I think that will enrich your life experience.

Prep for the Feudal Ladies Club anniversary, and continuing to play shows in support of Forty Warm Streams. I have this idea that I want to make a punk rock record next. Is that bananas? I don’t know. I was part of a project called Black Country that just came out that my friend Josh Richardson made. I sang on a few of those songs, and I like it because, man, it is super depressing, but it sure doesn’t pussyfoot around that.

We also like to ask a few fun questions, so your fans and our readers can get to know you a bit better:

About me? I have an extra tooth – one of my baby teeth never fell out. A random world fact, though… lobsters molt! I just learned that in Florida.

If you had the chance to interview anyone that you look up to, who would it be and what would be your first question?

I would love to visit Chad VanGaalen’s studio and ask him questions about the weird stuff he makes for his recordings.

It’s been about a month into the new year, what are your goals for the rest of the year?

Right now I just want to get out of this Winter Blues fog that came around Blue Monday. I was doing really great, and then it smacked me and has kept a hazy hold. But aside from that, I do have some goals for shows, and I’d like to start writing again. My drummer just moved back to Toronto, so it would be awesome to play all together as a band soon. Main goal: have fun and enjoy life. Say yes more. Internet less. Do not follow the Jian trial.

Oh my god. Like in a perfect world where I get to pay everybody lots of money?
In no particular order, and frankly, this list could/would change hourly:

Dear fans: for those of you who listen to my music, thank you. Really.

Share this:
Related ItemsFolkForty Warm Streams to Lead Your WingsMegan HamiltonontarioOntario MusicRockToronto ON
← Previous Story On The Spot with Dead Mechanics
Next Story → Interview – GeL