Interview – Band on a Couch 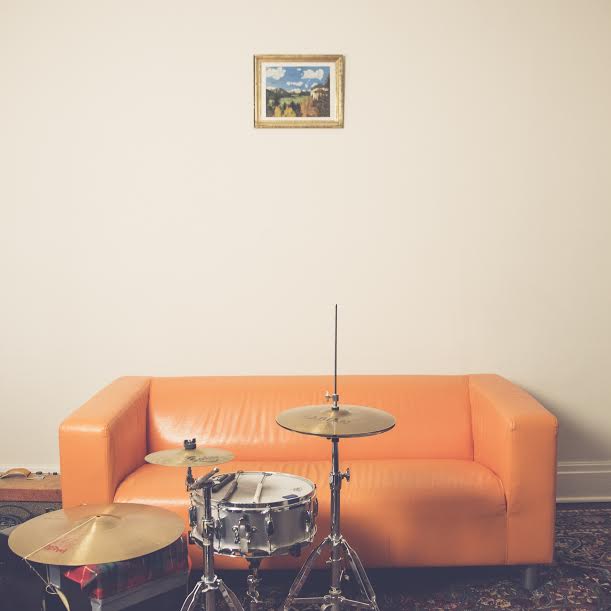 Band on a Couch is the creation of four friends Arih, Cody, Jordan, and Pete who are all driven by a passion and appreciation of music. Since beginning the series last year, Band on a Couch has put on a video every week promoting talented musicians from all over Canada. Their goal is to provide a platform for musicians to strip their songs down to the bones and perform live, authentic music. The group is gearing up to launch season two of the series and will also be launching their own record label, Orange Couch Records. We got a chance to talk to them about their involvement in local music, what keeps them motivated, and what they have planned for the future.

How did you all come up with the idea to create Band on a Couch? What were some of the challenges of getting it off the ground and executing your plans?

Arih: We were reminiscing about the good old days of MTV unplugged.  It was a really cool concept and we wanted to recapture that flavour.  I said something like why don’t we get bands to play an unplugged set in my living room, and Cody said why not on your couch?

Cody: We had an orange couch.  There are so many bands around and we wanted to record them.

Pete: The challenge was learning how fast we could get a video up, and put it all together, without losing quality or making too many compromises along the way.

What makes Band on a Couch different from other music video series?

Cody: It’s the orange couch.  It’s zippy.  Also, the audio quality is what sets us apart from other online series.   It’s just about the band and their music and their performance.  We also do this completely for free.

Pete: The couch is definitely the centerpiece, but we also invite them into our home to play for us, it’s a cool and very relaxed atmosphere.

Jordan: I would add that we are all in bands – we know what it’s like – so they are dealing with musicians the whole way.

You’re all involved in much more outside of the video series, such as running your own bands and other jobs. Can you tell me a bit about the work you each do outside of Band on a Couch?

Arih: I play bass in Stereo Sunrise and DRFTR.  I also work for an engineering firm that specializes in the design and construction of bridges.

Cody: I run the events at a Brewery, which includes running supper markets throughout the Niagara Region and other special events.  Also, I do wood carving for Arthur Woodcraft and play music sometimes.

Jordan: I play lead guitar in Knife the Wolf and DRFTR, I do live sound and studio recording work for various local artists and touring groups, and I also play solo shows whenever possible.

Pete: My band is called the Advancing Low-Lives.  I’m also involved in video work for local bands, mostly live videos, but also getting into the music video realm.

What keeps you motivated to work through such busy schedules?

Cody: Creating cool content that we’re all proud of and spreading the word of good bands.

Jordan: Getting better.  It’s always a challenge, it’s not repeatable – we have to record a new band every week, different styles, different instruments, different personalities.

If you had to pick, what are some of your favourite artists that you’ve featured?

Arih: That’s almost an impossible question, but I probably listed to Joel van Vliet and the Unreachable Goals the most times, followed so closely by the Mandevilles, Pindles, Eli & the Straw Man, Majora, Whitney Pea, Anthony Sweet, and Shore Thing.

Cody: This question… I was really impressed with Trevor James & the Perfect Gentlemen, we had never heard of them before, and they were amazing.  I’m also really proud of the session we did with the Wilderness of Manitoba, another class act.

Jordan: It’s like choosing a favourite child, I won’t do it!  I will say that I’ll never forget when I first heard Jamie Snider – that was something special.

Pete: I like the episode with Heavy Hearts, it was nice to see what a heavier band did with their songs in a more acoustic setting.

Jordan: It just made sense.  Why wouldn’t we start recording bands with the same ethos with which we started Band on a Couch?  So far, we have released one live album (Albert St Sessions, by Berger Blake & Goold).  I’m really excited to get the Birds of Ontario album finished, those guys are awesome.  We’ll also have releases by Knife the Wolf, Stereo Sunrise, and DRFTR this year.

How did the Band on a Couch live shows get started?

Cody: It turns out that we know a lot of bands.  I run events at a brewery in Niagara-on-the-Lake called the Silversmith Brewing Company, and they were interested in hiring someone to curate their live music. They gave us a chance with running the supper markets and really took off from there.  Now we hire the bands, provide the sound reinforcement, and make sure everything runs smoothly.  It’s a good partnership.

Jordan: We want to bring our enjoyment of music to a bigger audience.  Seeing how good these bands were sounding in our living room, we knew we needed to share that with live audiences.

What can viewers expect for the future of Band on a Couch? How would you like to see the company grow?

Arih: There’s a lot of trial and error in music and in art.  We want to keep trying new things, like bigger live shows and full scale music videos.  Cody wants to do a ‘Band on a Couch’ festival and if anyone can make it happen, it’s him.  For now, we will be a part of the ‘In the Soil’ Festival in St. Catharines this spring, which is always a ton of fun.

Jordan: We want Band on a Couch to be the place you discover your new favourite band (on a couch).