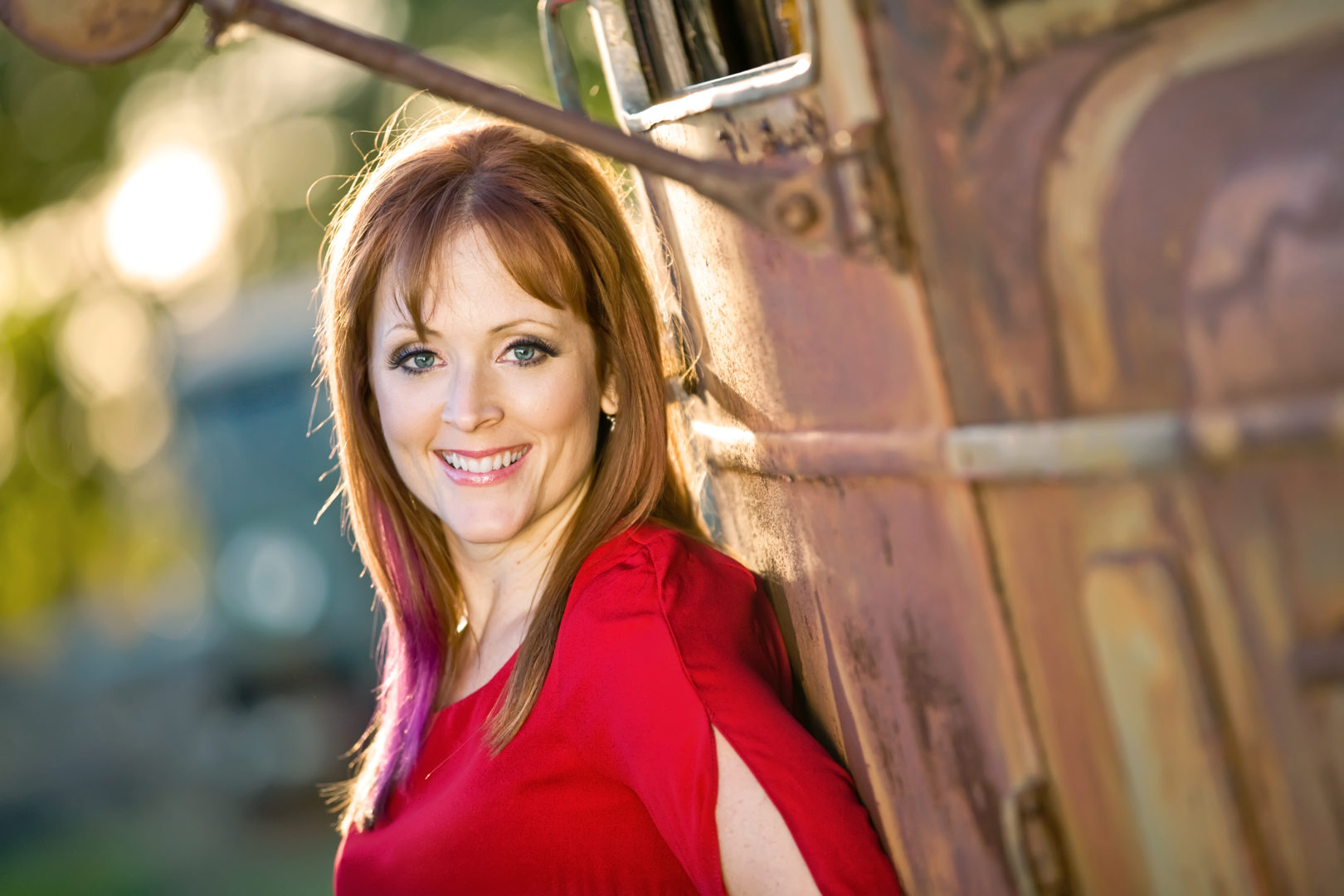 It’s been 9 years since Kym Simon released an album and now she’s set to release a brand new EP out today (January 29th, 2016). With many years of experience she has evolved her sound into what it is today and proved herself as a season singer and songwriter. Keep reading below to find out more about Kym.

Take a listen to her single, “Mirror”:

Well…I grew up in a small town, Stettler AB.  It’s a huge farming community so I was lucky enough to live the farm life with my 3 siblings and learn and see things that kids don’t get to anymore!    Music was also prominent in my family growing up.  I guess you could say I inherited my musical gene?  My grandparents and parents both had bands so at all of my family get togethers, everyone had their turn to show off their stuff.  Though you wouldn’t think it now, I was quite a shy performer and never thought I would be doing this as a career! I got the bug at my high school graduation solo performance and it went from there. I’ve recorded 2 albums in Nashville and the latest in Canada.  I’m married to a Firefighter and have 2 wonderful children…and now so excited to be back sharing my music with everyone!

Mirror is your first release since 2007’s Priority. How has your writing process changed since then?

I’m not a writer who writes everyday.  I write when I feel like it and when there’s a purpose for it.  With “Priority” I was very focused on Country music, so was trying hard to get that commercial sound.  This time around, I feel like my writing is more “me”…wasn’t so worried that it should sound a certain way.  I’m quite a rock/pop girl as well, so I think that came across in these songs on the new EP.  These songs show a lot of integrity and send some pretty powerful messages, yet light/fun and positive at the same time.

For this EP you decided to record in Calgary instead of in Nashville like your two previous releases. What was your reasoning behind staying closer to home?

Because I did the last 2 album in Nashville, there maybe wasn’t that “I have to record in Nashville” feeling that I had before.  MCC Recording Studios was highly recommended by many in the Canadian Industry. If I can support the Canadian Industry, I definitely will.  Hearing Producer Johnny Gasparic’s work, I couldn’t say no to working with him!  After meeting him, I felt very comfortable and knew we would put out a fantastic project!

You say that working with producer Johnny Gasparic was one of the best studio experiences you’ve ever had. What made you decide to work with him and what set him apart from other producers you’ve worked with?

One Word…ENERGY!  Johnny has energy like I’ve never seen before!  We joked that he may talk more and faster than I do!  Johnny has been in the industry a very long time and he really understands the artist’s point of view. Dave Temple and Johnny both showed me so much respect for my songs and worked hard to fulfill my vision.

How has sharing the stage with the likes of Aaron Pritchett and Gord Bamford helped your own live show?

Aaron Pritchett is so fabulous on and off the stage!  I’ve always admired how he engages with the crowd and his crazy, high energy is addictive!  Not to mention, he’s just a great musician!  It’s been cool performing some of the same shows with Gord!  We grew up in the same parts of Alberta and he has so much appreciation for his band and his fans as I do for mine.

Where do you find inspiration for your songs?

I am guilty of listening to lots of the “teeny bopper” songs!  Having and teaching kids, you hear a lot of it! I love the liveliness and sparkle of it all!  Of course, the serious side comes from everyday life experiences.  There are so many cool folks that I know that work so hard and are such inspiring people, so it’s easy to get ideas from them.

What songs are your favorite to play live?

Definitely my new single “Mirror”.  It is just one of those songs that gets people’s attention with the message and the vocal arrangement.  It’s special to me because it’s very much the true story of my life.  I LOVE playing “UP TOWN FUNK” by Bruno Mars.  You just can’t help it feel good playing or hearing that groovy song!!!  There are so many others…hard to pin down!

Yes, we are planning the festival season now.  Gonna be a fun summer!

I’ve always wanted to collaborate with Bryan Adams or Paul Brandt.  Bryan, Paul, call me!  I asked Oprah to sing with me when I met her…she said she couldn’t sing!  Ha!  I still think we should do something!

Obviously, a HUGE Bryan Adams and Paul Brandt fan!  I love Celine Dion and Shania Twain…would sing their songs all day long when I was younger! You can catch me now singing a few Hedley tunes as well…Gotta love ‘em!