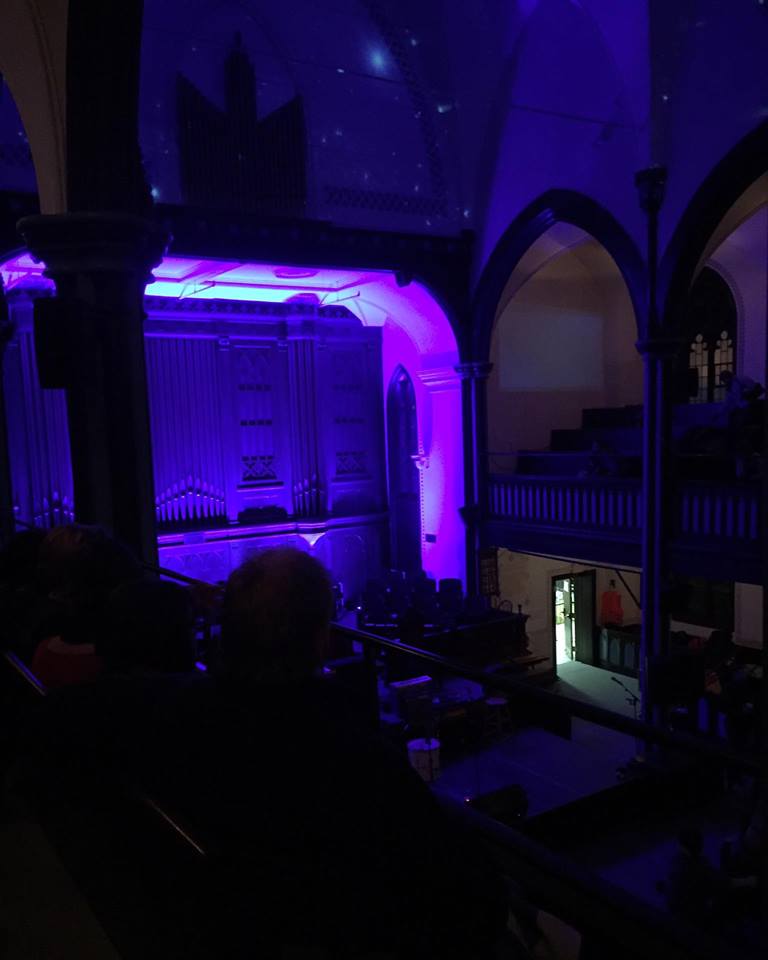 This past weekend was the Shivering Songs Festival in Fredericton, New Brunswick. Unfortunately, I wasn’t able to see most of the festival, but I
did have the chance to take in the Joel Plaskett performance on Saturday night. The sold out show took place at the Wilmot United Church, beautifully decorated in purple and blue lighting and projected stars on the ceiling. It wasn’t long before the crowd filled the room on both levels, excited for the show. 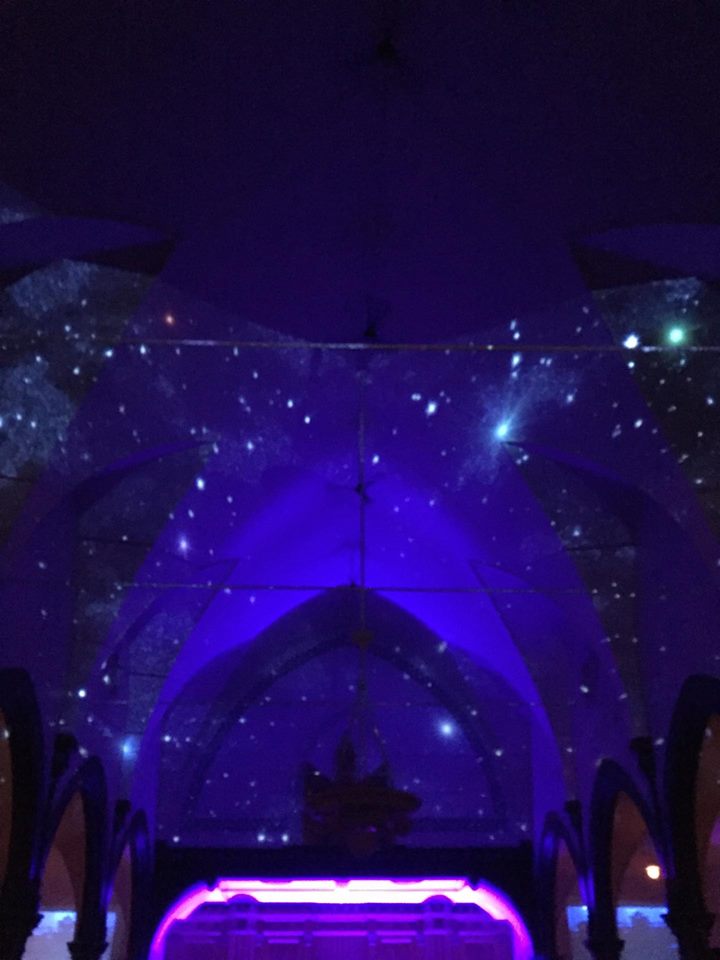 Opening the night was Jenn Grant, a Halifax based pop/folk singer and songwriter. Performing with her husband, Daniel Ledwell, she sang
beautifully and entertained the crowd with amusing stories behind her songs. She told stories about previous tours with Plaskett, how she wrote a song that she performed in a notebook that was purchased in Fredericton, and much more. Although there were minor technical difficulties in the
beginning of the set, she kept the audience captured with her charm and commanded our attention as her voice carried throughout the church. 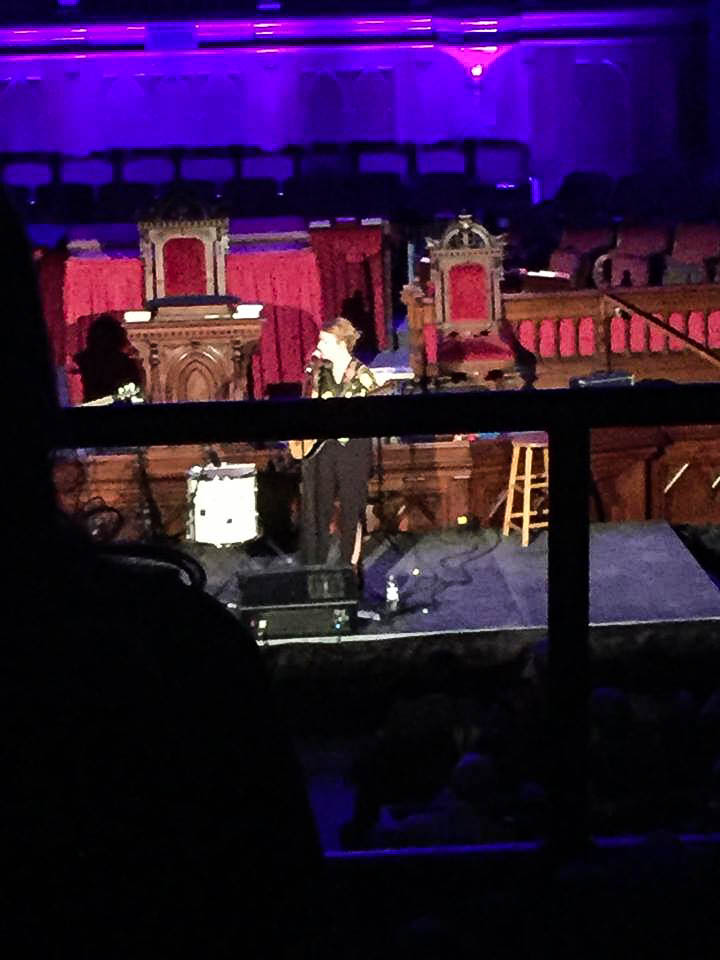 The main act of the night was Joel and his father Bill Plaskett. They hadn’t performed together in Fredericton since 2009, and thankfully the
festival organizers changed that. They had such a natural stage presence together, which makes sense for the amount of touring they have done with each other. They played off of each other’s jokes and stories and showcased each other’s talent perfectly. Though most songs were primarily sung by Joel, Bill had his moment in the spotlight with a beautifully written original song before giving the stage to Joel for the rest of the
set. Joel played many of his hits including “Pine, Pine, Pine”, “Through & Through & Through”, “I Love This Town”, and a crowd sing a long song, “Park Avenue Sobriety Test”. Between songs he also told amusing and heartfelt stories behind the meaning of the songs and what inspired them.
The crowd was thrilled when he sang Emergency’s hit “Nowhere Without You” as a duet with Jenn Grant and when he brought everyone back on stage to finish off the night with “Wishful Thinking”, including a particularly impressive note held by Grant. 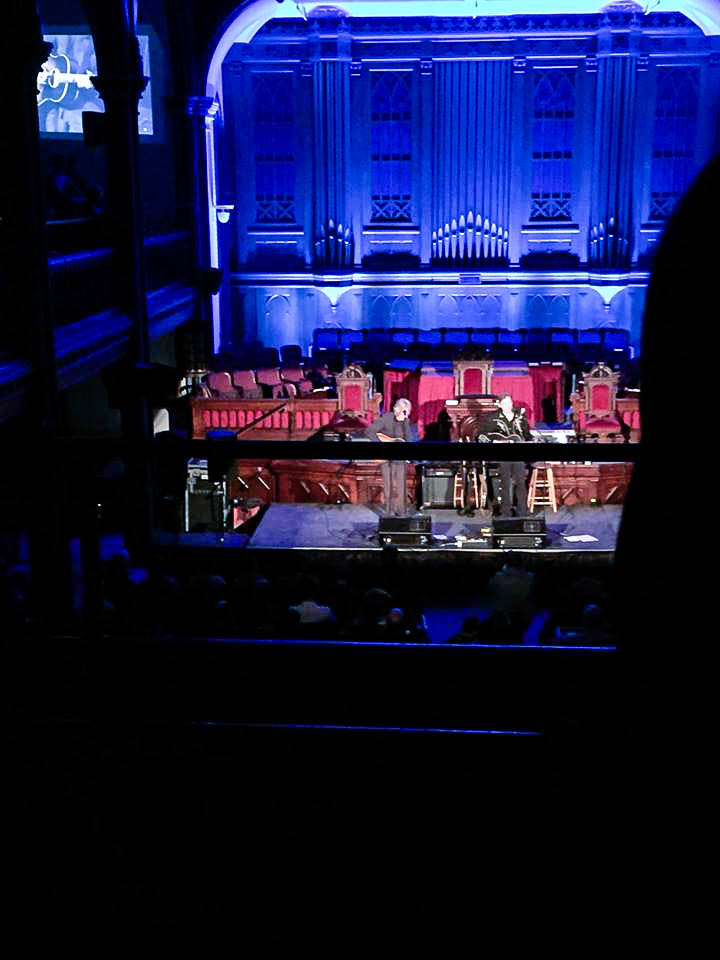 Though the venue was a little less than photo friendly, the show was simply amazing. Joel and Jenn knew how to hold the audience’s attention
throughout the few hours that we were there, ensuring there wasn’t a dull moment during the night. Their voices are absolutely perfect for a venue that size, easily being heard by everyone. If you have a chance to see either Jenn, Joel or Bill, or even better, all three of them together, be sure to take it. They bring their songs to life in the live setting and sound even better than their recordings.