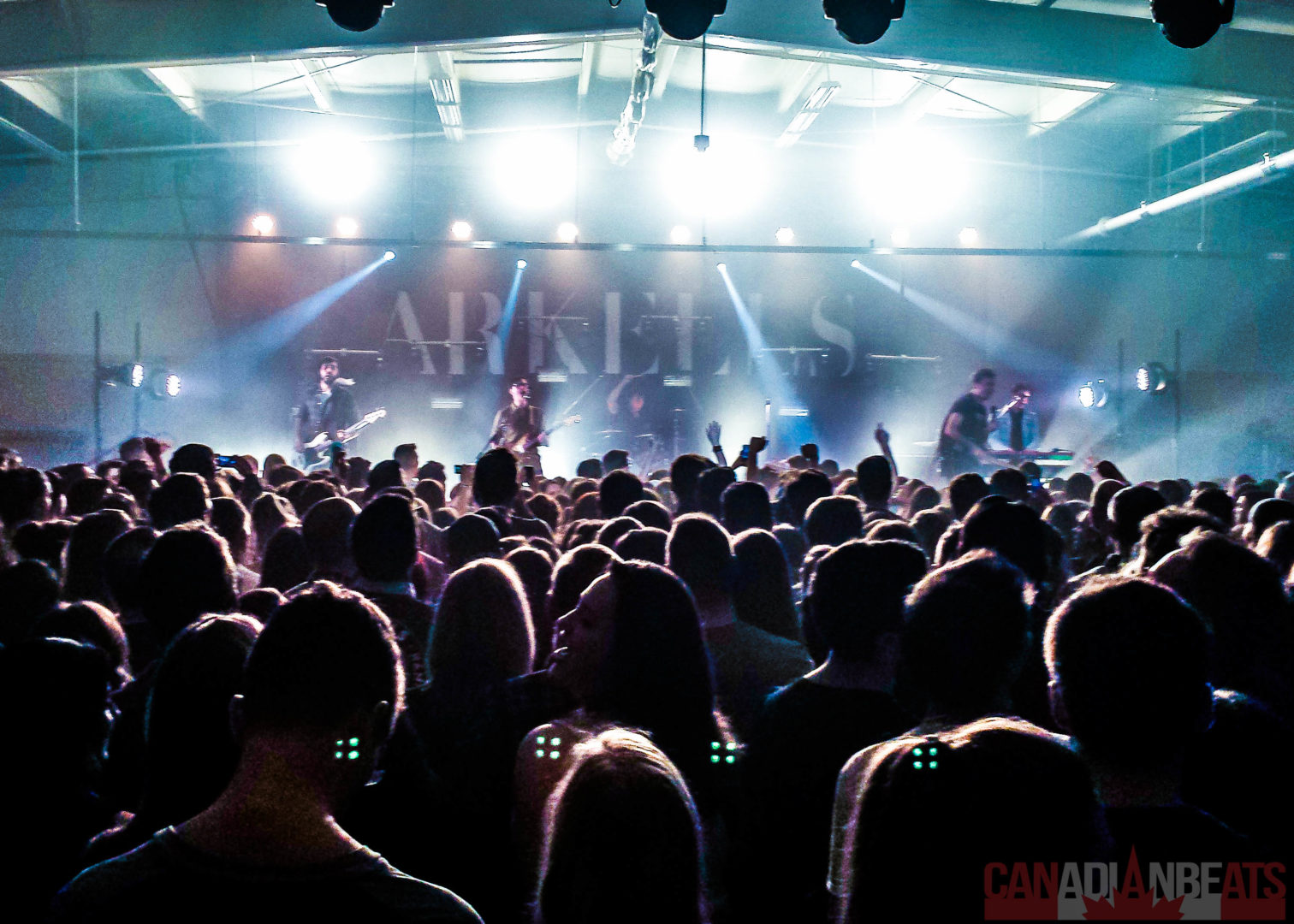 On Saturday January 23, 2016 Hamilton, ON based rock band, Arkells made their way to Halifax, NS with special guest, Dartmouth, NS based Adam Baldwin. The show was presented by  Sonic Concerts and Live 105, and sold out months in advance. The venue was packed with fans 19 and over, all ready to party like rockstars!

As 8pm hit, Adam Baldwin took the stage and it’s always great to hear local artists that I have not previously heard of, and I was pleasantly surprised. The whole band gave off a pure rockstar vibe, and the energy they gave off was contagious.  As soon as I heard “Tarred and Feathered”, I knew I was going to be buying a copy of his EP, which you can grab on iTunes. Next the energy rose as “Bonnie Raitt” began, and you could clearly see how much fun the band was having on stage, as well as the crowd, who were beginning to get all riled up.

Adam slowed down the show, and brought forth some strong emotions when they performed “Rehtaeh” which was written about the tragic suicide of Nova Scotian teen, Rehtaeh Parsons. The emotions were running high through the room as this song was performed.

“Love You With My Eyes Closed” was the only track on the set list that I had heard previously and knew I would enjoy live, and I was right! I recommend you all head to iTunes and check out Adam’s EP, you won’t regret it. 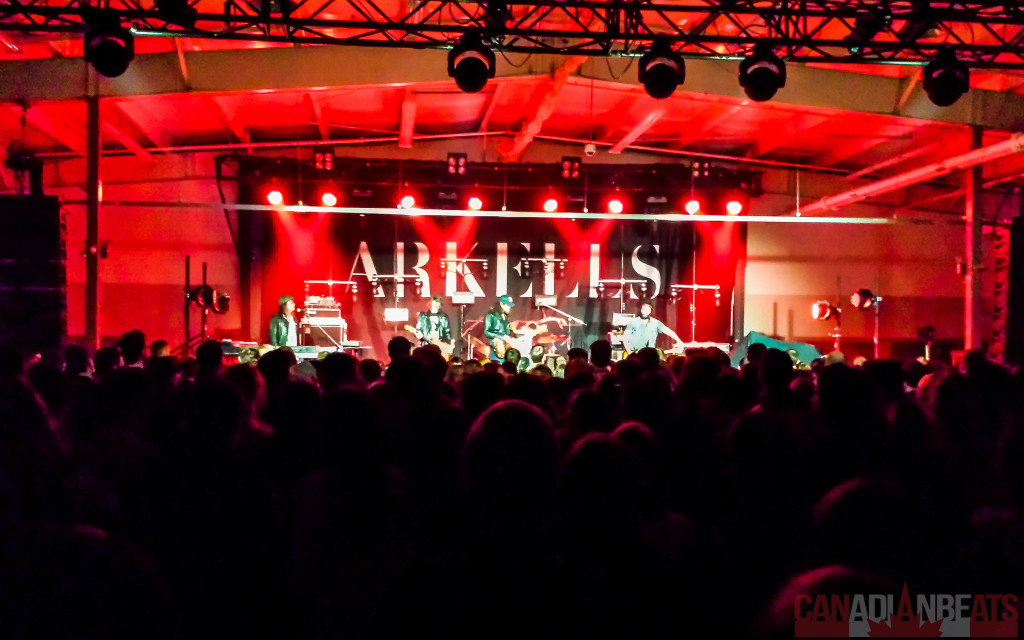 Now that the crowd was pumped and ready to party, Arkells took the stage and they were so hot, even the ceiling was sweating! As soon as they began the first song, “Cynical Bastards”, the energy poured from everyone in the room.  They played a great mixture of songs from their albums, “Jackson Square”, “Michigan Left” and “High Noon”, which pleased existing and brand new fans alike.  From the very beginning of the concert, lead vocalist, Max Kerman made it perfectly clear that he expected a lot of crowd interaction, and the audience at the Halifax forum was ready and willing to accept the challenge. As he said if the crowd still had a voice the next day, they didn’t do their jobs, and I can assume that many of the audience members were probably in that situation Sunday morning! 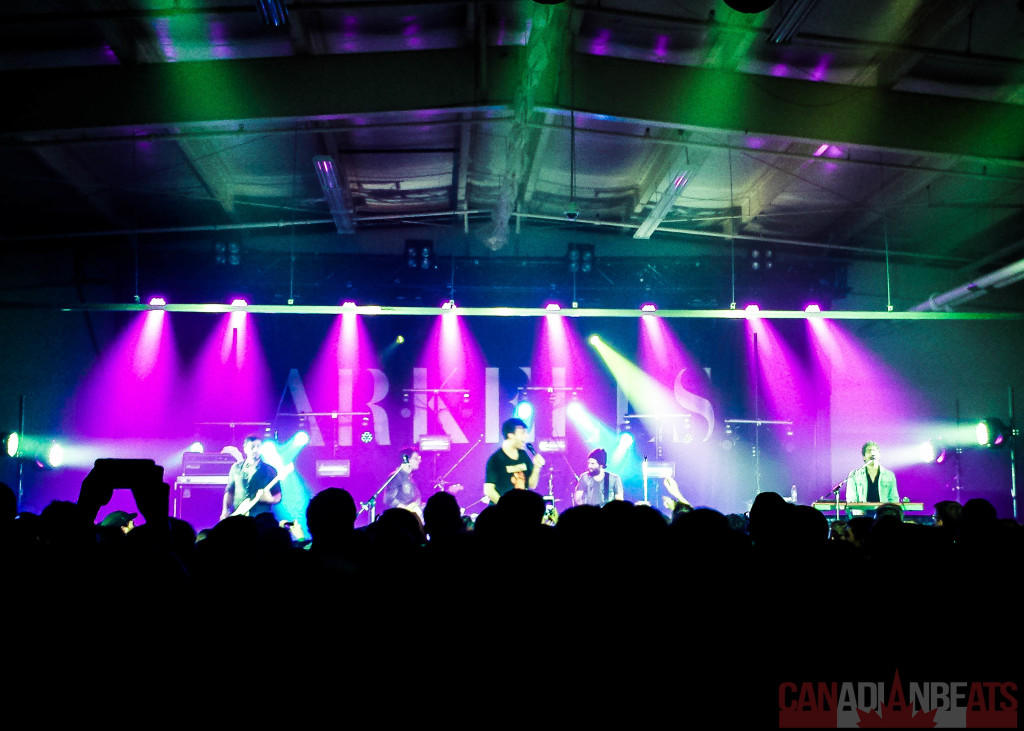 Max kept the dialogue going throughout the whole show, cracking zingers about how the audience sounded like a bunch of “entitled Dalhousie students”, which brought the crowd to a roar, and amped up the energy even more. 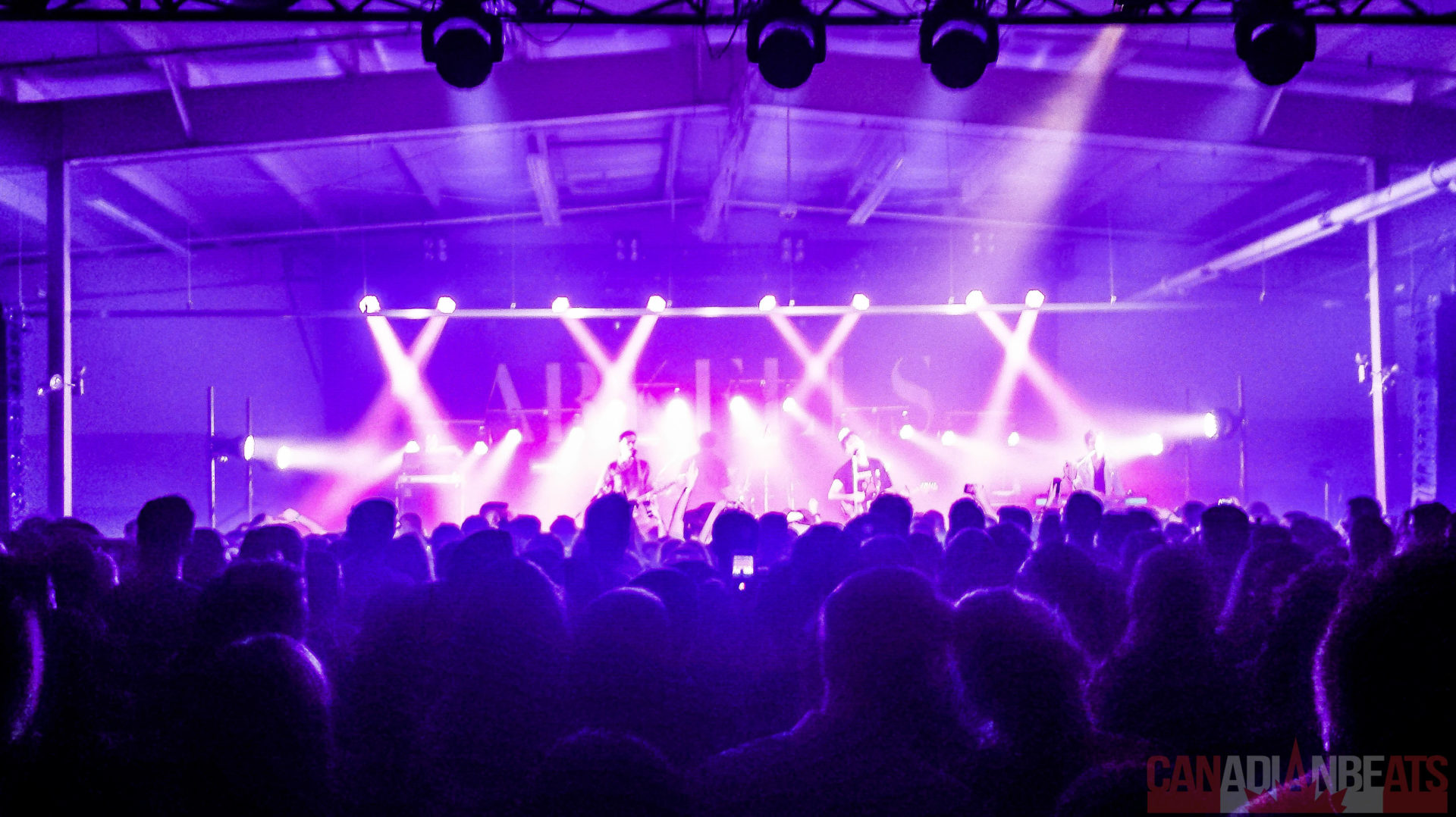 Another stand out moment, in which shows how truly caring and compassionate that the band is happened towards the end of the show. They stopped the show when they became aware that one of the audience members at the front of the room needed assistance, and took the opportunity to pass out some bottled water while security helped out the fan.

The crowd at the Halifax Forum got a special treat towards the end of the show when Vancouver based artist, Dan Mangan was brought on the stage to do a few songs with the band, including his hit, “Vessel”. As if there wasn’t enough talent on the stage, they decided to bring back Adam Baldwin, and they all began performing a very familiar cover song, George Harrison’s “Got My Mind Set on You”, and fun was had by all involved, as practically everyone in the building sang along with this classic song!

It was easy to see the crowd favourites as the whole room belted out lyrics from “Oh, The Boss Is Coming!”, “11:11”, “Book Club”, “Dirty Blonde” and of course, the final song of the night “Leather Jacket”. I was able to catch some of the infectious crowd interaction on camera, check out the clip below:

If the Arkells ever come to your town, don’t miss out, get tickets fast; before they sell out! You will be mesmerized by the truly insane performance that this band puts on, and also make sure you’re ready to dance, sing and have a ton of fun!