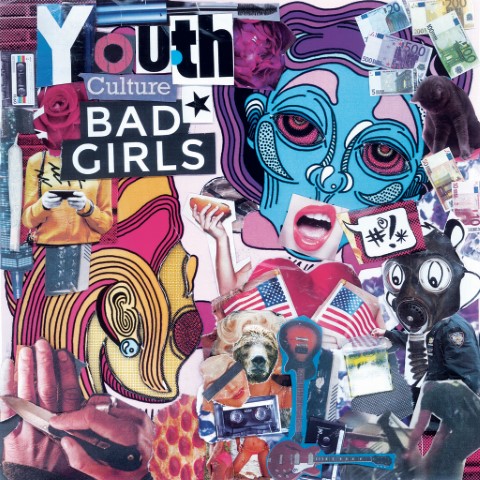 The EP, which was available for streaming on exclaim.ca prior to the release date, garnered over 700 plays in a few days. Throughout the EP the music and vocals have a somewhat rawer sound to them compared to other bands. Personally, I highly enjoy when songs have a bit of an edge to them
and this EP displays that perfectly. “Try” opens the EP with a fast pace and leaves you wanting to dance along to the music. Although “Bad Girls”
is a bit slower compared to the previous song, “Wasted Teenagers” picks up the pace again before leading into “Not to Blame”, a song with slower acoustic guitar and somewhat softer vocals and even a bit of harmonica. Definitely the slowest song on ‘Youth Culture’, but it still leaves the
listener swaying along wanting more. “Body Buzz” closes out the EP with a bang, picking up the beat and will have you moving along in no time.

This EP is a solid debut from Bad Girls and will surely have the band gaining a lot of attention. Even though it is only five tracks long, it
shows off the talent that the musicians have and will leave you craving more. You’re going to want to keep an eye out for this band in the future because if their future releases are anything like ‘Youth Culture’, this will not be the last you hear of them.