By Remington Fioraso on January 21, 2016@https://twitter.com/RemingtonFD 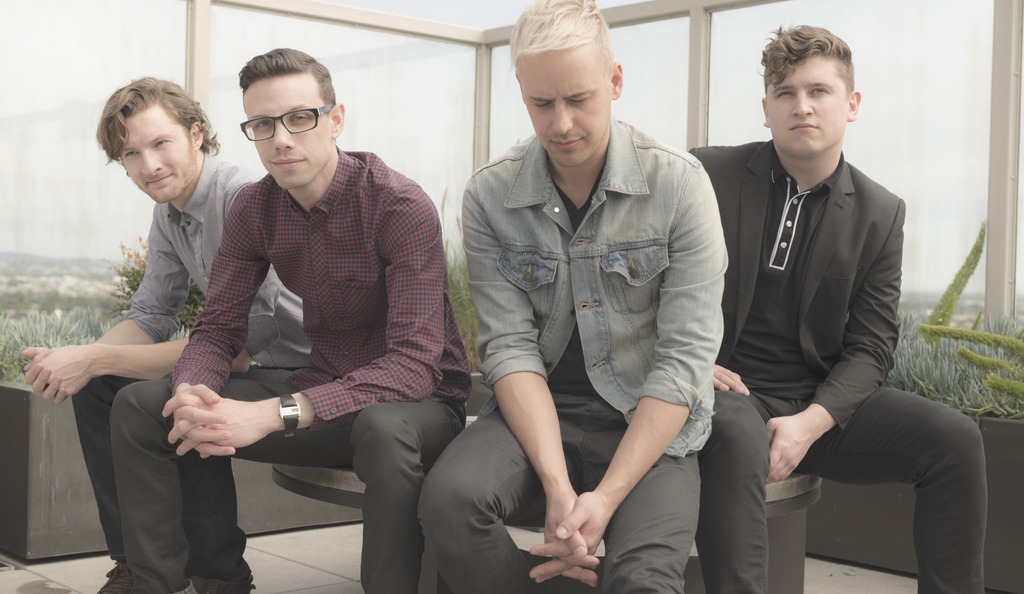 Alyx Knight is an electro pop group from Winnipeg, Manitoba.  The band is formed by Matt Worobec, Zack Antel, Jason Pankratz and Luke Janzen. They will be releasing their debut album entitled “Physical Memory” featuring the single “Say Hello” on February 15, 2016.

First off, can you tell us a bit more about yourselves?

Alyx Knight is made up of four guys from the prairies that love to write and perform indie, electronic pop music. It’s cold where were from so there’s probably more musicians/bands per capita in Winnipeg than many other places. In the winter it’s cool to stay at home and listen to records and practice your instrument. At least that’s what we tell ourselves…

How did the band form?

We met each other while performing in other bands and started playing together in 2013. In early 2015, we received a letter from a guy claiming use of our (now) former band name. With a large number of shows and a growing fanbase from touring the US and Canada, we were unsure what to do. We decided with our tongues firmly planted in one cheek we’d name ourselves after the guy who was suing us.

There are tons of artists that you could say influenced our sound. We like Miike Snow’s production (we’ve worked with their mixer), Passion Pit’s upbeat charm, Gorillaz’ blending of hip hop/pop/rock. We took a good look at other bands that have great live shows because we really wanted to put on a live show that would make people come see us again, and make them bring their friends.

What were the most memorable aspects of recording ‘Physical Memory’?

It was one of the most relaxed recording sessions we’ve ever done. We love being in the studio. We wrote a bunch of tracks in LA, Winnipeg, and Toronto. Zack and Matt write the songs so there are limitations to the production you can do in the demo stage. It was amazing to hear Luke and Jason lay down the drums, percussion and bass on the new songs. We’re real synth nerds, so we got ahold of a ton of vintage analog synths and really dug into creating sounds for the record.

Why did you choose “Say Hello” as your first single?

It reflects on how we look at music. It’s fun and melodic, and doesn’t take itself too seriously. The song explores those nights you’re getting to know someone, trying to figure out what exactly they’re about, and whether you want to lose that sense of control you think you have.

So far, you have released US-based concert dates.  When will you be showcasing the album across Canada?  Are there any particular songs you are most excited to play?

We just finished up showcasing in the US and have played a fair amount Western and Eastern Canada dates in the past, so we delayed hitting Canada right away.  We’ll to be out in Eastern Canada in late spring.  ‘In Your Wilderness’ is a track that seems to be going over really well live. It’s one of our most uptempo songs; it really seems to get people moving. ‘Tattoo’ is one of the darker tracks we have and live it seems to have the swagger we were hoping for. Looking forward to stretching out the songs out live and explore them even more than the recorded versions.

We really love what Grimes is doing right now. Chromeo is awesome live.  Caribou is a sound magician. We’ve been fans of his for a while. Leonard Cohen is one of greatest songwriters of all time. This list could go on and on…

What was the first album you remember purchasing?

Matt says, “Jimi Hendrix Smash Hits. It had this funky, psychedelic mutli-coloured Jimi on the front, which I used to stare at for hours while listening to it. I bought it on CD. Remember those?”

Which song(s) or album(s) did you purchase last?

Breakfast. We eat it anytime of day and it’s hard to mess up. That’s important when you’re on the road and don’t know the restaurants in the area.  Although we’ve had some good meals lately because of Yelp! (not endorsing) haha

What is your favourite place to travel to? Why?

California: it’s always sunny and there’s tons of stuff to do. We like wine so hitting up the freebies in Russian River Valley or Napa is super fun, or hitting up Santa Monica, which always provides some stellar people watching.

Also we don’t live very close to it but Nova Scotia has always felt like home for some reason. People are super chill, tons of culture and being so close to the ocean is incredible. I guess it reminds us of home but without the fields and flatness.

Our debut album is out February 15, 2016. You can find it on iTunes, Amazon etc. Please give it a listen. We had fun making it. Starting Feb. 5 you can check out our videos on youtube.com/alyxknightband and we have some remixes that’ll be coming out in March as well.