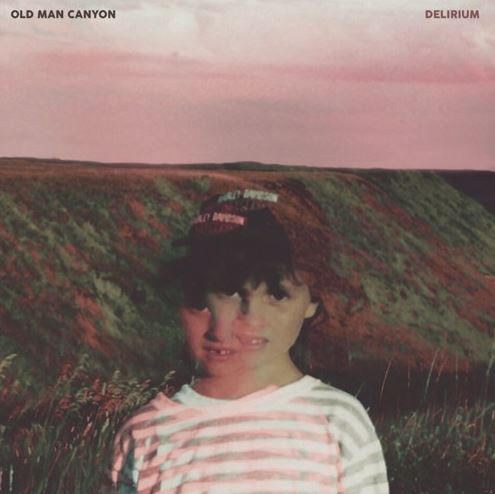 Jett Pace, also known as Old Man Canyon, has released his first full length album ‘Delirium’. The album follows his early 2014 EP ‘Phantoms & Friends’. The Vancouver artist has had his songs featured on many hit TV shows such as The Flash, Pretty Little Liars, and Sons of Anarchy, just to name a few. The ten song album, released on January 15th, branches off from the pop-folk sound of ‘Phantoms & Friends’, and uses more vintage synth and electronic instruments.

Throughout the album, the songs maintain this almost other worldly sound to them. With the synth and other aspects of the music paired with the slight echo on the vocals, it gives the illusion that these songs were created in a different era of music; they’re more akin to something psychedelic than something released in 2016. “Tomorrow Man” will have the listener nodding along with the beat before they even realize it. “I Don’t Wanna Go Out” is also a good song to start with if you hadn’t listened to the music of Old Man Canyon before. “Sugar City”, the last song on the album follows the same formula as the rest of the songs – very catchy lyrics and melodies that will have you nodding along in no time. “Hollow Tree” and “Back To The Start” are also on the album and were released as singles prior to the release of the album.

Some songs on the album are better than others, as is the case with most albums, but each song is consistently catchy and will have you hooked until the last note rings out. Fans of Pace will thoroughly enjoy this album and he will probably gain a fair amount of new fans with ‘Delirium’ as well.