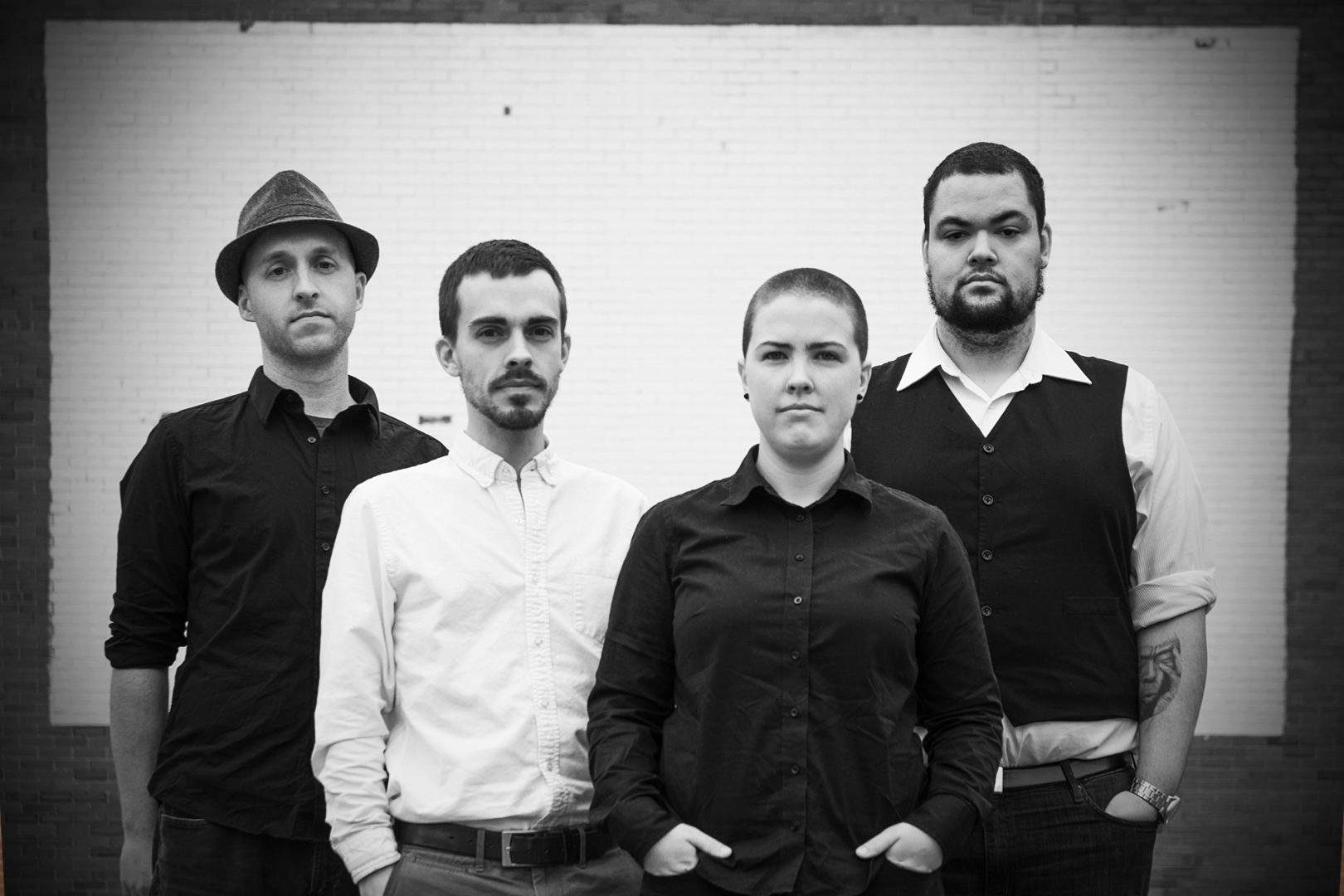 I recently had the chance to ask Halifax based band, Hillsburn a series of questions via email. The band is about to release their debut album, “In The Battle Years” on March 11 via GroundSwell Music, and we are excited to hear it. Stay tuned to Canadian Beats for an album review when the time comes!

You guys haven’t been together that long, starting to play together in the spring of 2014 and only formally as band really in the fall of that year, releasing your EP in October only to very quickly find yourselves in the top 10 nationally for the CBC Searchlight competition what was your reaction to the final results and how have you used that success to open further opportunities for the band?

(Clayton) We were surprised when we kept advancing to the next round and were really excited to end up in the top ten nationally. We thought we might have a chance to go further once the judges became involved toward the end of the competition but weren’t at all disappointed not to.

In general, Searchlight helped us gain people’s attention, which is the main challenge starting out as a band. And actually, In The Battle Years is a pretty direct result of Searchlight in that it came out of relationships we wouldn’t have made otherwise. Our record deal and our linking up with Jon Landry, who produced the album, both happened because of Searchlight.

In the past you’ve stated that Paul does the vast majority of the song writing, is that still the case or have any of the others joined in the process?

(Paul) I write the basics of the songs (melody, chord progressions, lyrics), but from there on it’s a very collaborative process. Everyone writes their own parts. Sometimes the structure of the song remains essentially unchanged. Other times we tear songs apart and completely rework them so that the final product is entirely different from what we began with.

Your sound is one that’s hard to pin down, ranging from pop to folk to rock, something that can often leave fans leaving lost on albums, how do you feel you translated that variance on In the Battle Years in a way that will keep listeners attention held throughout the album? Describe the journey the album takes listeners on.

(Clayton) Our sound is varied, but we’d like to think it’s also coherent. We’re pulling pieces in from lots of different places but we have a way of doing things that’s specific to us and that allows us to explore different ideas while maintaining a more or less consistent approach overall. Hopefully the core of what we’re doing is clear enough that any variety song to song or within songs will seem like a basic richness rather than a lack of focus.

The album definitely has highs and lows, lyrically and musically. Paul’s songs are generally pretty serious. He has a way of saying things so that they sort of sneak up on you. I’m still processing some of his lyrics now after singing them for a year or more. Musically, there are a lot of different looks on the album, especially in terms of instrumentation but also on the production side. Jon and Darren van Niekerk, who engineered and mixed the album, really treat the recording process as a creative one in itself, rather than approaching it as a kind of copying down of each part. I think people who spend some time with the record will notice layers you wouldn’t pick up on the first time through.

The album was produced by Jon Landry of The Stanfields, how do you feel that relationship influence the album?

(Jackson) When we went into the studio we were a folk-pop band. Thanks to Jon, when we came out of the studio we were an “I don’t know what” type of band. Jon was great for pushing us to our extremes from a performance and a creative aspect. If he wasn’t 100 percent sure that he had a take that he was happy with, or that he thought we would be happy with, then he made us keep at it until we got it.

During our pre-productions sessions, Jon told us that we should have the songs about 90% ready to go, and that we should leave 10% for studio “Magic”. That 10% was used for experimenting with different sounds and textures, and different ways of making them. This approach really helped to colour our music, which in turn changed the bands sound in certain ways.

The East Coast has a thriving music scene and a very distinctive sound, what do you feel you need to do to distinguish yourself, to stand out in such a large pool of talent?

(Rosanna) Our sound, like our instrumentation, is pretty unconventional. And it’s changed quite a bit over the last year. We started out as a pretty folk sounding band, with all acoustic instruments. Now we’ve got keys, percussion, two synthesizers, and have gotten rid of many of the original instruments we were using when we first got together. But the core of what we’re doing has never changed.

You’ve recently added Clare MacDonald on percussion to the mix, how has that changed the dynamic in the group?

(Jackson) The months following the recording and mixing of our album were dedicated to figuring out a way to reproduce those sounds in a live setting. After figuring out our bass instrument, as well as some of the more textural aspects of our album, percussion kind of stumped us. Clare, being very skilled at both drums and percussion, has taken our music far beyond what we thought it could have been. She has an amazing musicality and incredible technical ability. She also has a desire to play only what sounds best for the song and what will make other parts of the song sound better. Having a musician like that in any situation opens up a world of possibilities and we’re very lucky to have her.

With the new album due out in the coming weeks what plans to you have for upcoming tours?

(Clayton) We’re still working on plans for the spring and summer. We’ve been in touch with lots of Canadian festivals and are hoping to play a few in the States as well. We’ll have more details on this front soon.

I understand your first time playing together in a concert venue was at the Bi-centennial Theatre in Middle Musquodoboit in late March of last year, a homecoming of sorts for Rosanna and Clayton, did that add any extra pressure on your performance?

(Rosanna) I don’t think so. We have a blast whenever we play together, and having a few familiar faces in the audience only makes it that much more enjoyable.

From past experiences as a fan seeing large bands with multi-instrumentalist play live I know that when you start getting a lot of people and instruments on a stage (particularly smaller stages) a lot of interaction both with the audience and between band members can fall to the way side in a struggle to simply navigate the tight space. Is this something you’ve experienced with live shows and how do you try to overcome it?

(Paul) Absolutely this is something we’ve experienced. It has been something we’ve had to work hard at, because it’s so easy to get caught up trying not to trip over cables and drop instruments that you forget other essential pieces of a live show like stage banter. When we played out first real show in the fall of 2014, we had something like a dozen instruments on stage, everything from keyboards and mandolins to two types of banjo. Over time we’ve tried to streamline things so that it’s more manageable. Because she switches instruments less often as is more outgoing and engaging than the rest of us, Rosanna has slipped naturally into the role of the person who more often than not holds things down in the stage banter department while the rest of us are swapping instruments.

Lastly, because I am me and this is kind of my thing… The zombie apocalypse is upon us, as a band you get to pick 5 Canadian musicians to for your survival team. Who do you chose and why?

(Jackson) Jon Landry from The Stanfields because of his history as a paver. We’ll need people like him when we rebuild this world.

Drake. Have you seen those dance moves? Those zombies don’t stand a chance!

Alanis Morrisette. Jagged Little Pills will keep us immune from the plague that will sweep this land.

Bruce Gillis from The Town Heroes. For comic relief.

Ben Caplan. His beard will keep us warm at night.