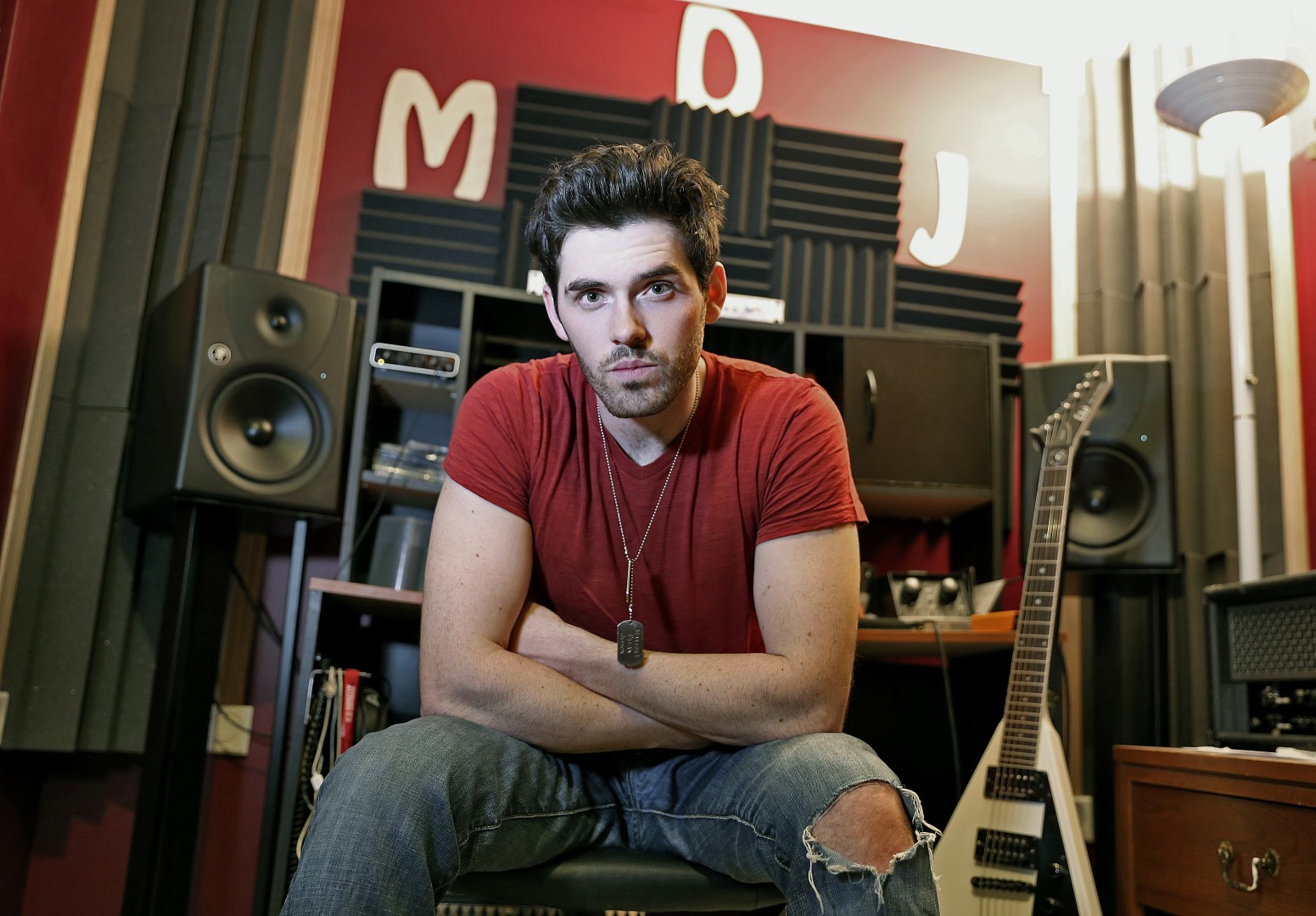 I recently had the chance to have a chat via email with the talented pop artist, Maverick Judson. He released a brand new video for his single, “Just Drive” which features Danny Fernandes, check it out:

Hi Maverick. Welcome to Canadian Beats. Can you take a moment to introduce yourself to our readers?

My real name and stage name is Maverick Judson. I come from a very small, pleasant community known as Emo (Ontario). I’ve been playing guitar since I was 12 and singing since I was 16. Currently, I am a truck driver, a heavy equipment operator, and mechanical assistant working under our family business known as M.L. Judson Trucking. This will be my first big single. I’ve had a lot of time to prepare for this. Truck driving by day, pop singer by night!

You are about to release a new single/ video for “Just Drive” which features Danny Fernandes. What was it like working with him?

It was very unexpected and exciting from start to finish. Danny is someone I have watched since I was in high school. He first contacted me with this overwhelming support for what I was trying to do and said he could see the hard work through the music. He called my cell phone and we talked a few times. After that the rest was all email about visions for where we wanted to take the song.

Who else would you like to work with on upcoming tracks?

The 2 guys I wanted to work with were Danny and Karl Wolf and those dreams have already come true. The song with Karl Wolf is finished and waiting on the back burner until we play this one out. After this I was to take one big deep breath and then decide my best move. I am a very young artist and I have a lot to learn in this competitive industry.

What can you tell us about the writing process on “Just Drive”?

It was pretty straight forward, really. We got to know each other a little bit over text and a few phone calls. After that, I basically took charge of the song theme and production. I studied production in college and pop music is my strength. I worked very closely with my good friend Allan Janssen on the song structure and composition. He came to me with the meat and potatoes, I just spiced it up a bit and topped it off with some gravy.

I think the best part was getting to know the crew who shot my video. I worked with a video production company called The Field in Toronto. Everyone was just so accommodating and so easy to talk to. It was refreshing because that is the treatment I am so used to back in my hometown. I’d love to work with them again.

When can fans expect a full album from you?

Good question. I’ve been preparing for this for over a year now. I have enough songs finished to cut an album tomorrow. It’s the timing though and we want to get that just right. You will see many sides of me through these songs. Right now the focus is on this single though. This won’t be the last time you hear from me, let’s put it that way!

Do you have any upcoming tour dates?

Starting on February 16th I’ll be heading out on a promotional tour to get the word out about “Just Drive”. Feb 16th- 20th I’ll be passing through Winnipeg, Toronto, Ottawa, Kingston, Hamilton, London, and Kitchener, doing a lot of tv and radio appearances.

I come from a band background and so I feel the most confident with an acoustic guitar in hand.

I think it’s important to be able to strip your songs down and show people what’s underneath and what you’re really about. I have performed this way for a lot Pink Days and We Day type events at schools across my district. I’d like to think that I have a very wholesome approach to performing. I like performing for a purpose, serving others in an effective/unique way. I don’t always like it to be about my own personal gain.

Will you be taking part in any festivals this coming summer?

I haven’t even thought about how I’m spending my summer yet actually. I have only thought about the next few months because of this single and the next ingle featuring Karl Wolf. Also, I do work for our family business (ML Judson Trucking) and we are extremely busy right now building roads for a new gold mine project. I hope when summer does come around that I get a little time to soak up the sun and maybe sip on a few cold drinks!

Canadian Beats is all about Canadian music, so I have to ask, who are you current favourite Canadian bands/ artists?

Right now Coleman Hell and probably Dan Talevski. Coleman Hell is from Thunder Bay and a long time ago I did a song with his long lost friend from his old rap group. So now I have this weird “small world” obsession with his music career. Super happy to see all of his success this year.

What was the first album you ever bought and the first concert ever attended?

I tend to just like Facebook. I use my personal page the most still because I’m able to get on a more personal level with my friends and fans. Still use everything though.

Since you’re single is called “Just Drive”, I have to ask, what’s your dream car?

I really don’t get giddy about cars. I currently drive a Charger, but I regret that decision because I need more space! Call me a dork but I think I need a minivan of sorts… Hmm.

I would really like to just shout out to the people who have believed in me from the start. My brothers, my mom and dad, my girlfriend, anyone from back home in Emo. Home us where my heart is and any new fans I make with this single, I look forward to getting to know you!