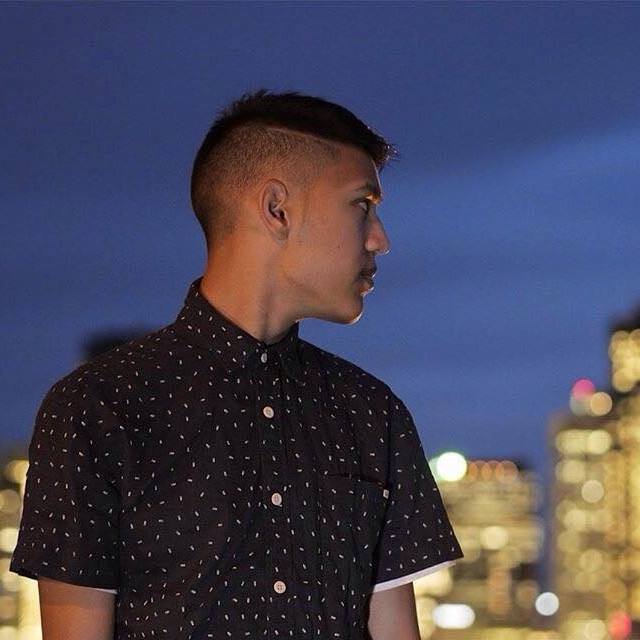 I recently had the chance to ask Calgary based up & coming rap artist, Young $id a series of questions about his background, his music and so much more! Check out what he had to say!

Hey! I am a Calgary based rap artist and I am 19 years old. I was born and raised In Karachi, Pakistan and I came to Canada at the age of 13.

When I was 14 I used to watch a lot of rap music videos on MTV. Drake was one of my favorite artists at that time and he had released the single “Over” which I used to watch constantly; I even memorized the lyrics. This went on for many of other songs such as: “The motto”, “HYFR”, “Headlines” etc. At the age of 15 I realized that music for me was not just enjoying, I loved creating it too. I would sit at my desk and think of different rhythms and rhymes and try to combine the too, even though I had no knowledge of music whatsoever. My life took some major turns in terms of family, relationships and family matters which then forced me to think about life. I did not have anybody that I could go to and express my emotions because I thought I would be looked as “weak” or “emotional”. I kept myself hidden in a box; until, one day, laying in my bed I started to rap about the things that bothered me. I would think of rhymes and continued to express everything in words, at that moment something hit me; I decided to write a song. Even though my vocabulary was not that good and my rhyming skills weren’t great either, I still tried to write a song. It took me three days to finish the song and after; I went to my friend’s house to show him my song. He said to me “You have a talent, that was pretty dope; you should try pursuing it” I had never felt better. It was like all my problems had been solved. I had a piece of paper which was my canvas and these words were my pain killers. I loved doing it. I used to stay up all night writing quotes, songs and getting my skills better. From those days on, I have been continuing to work on my craft and get better as an artist as a whole. I will continue to work on music and pursue until I lose everything simply because it has become my addiction and it’s the only way I can express myself and also make others life better.

Who have been your biggest influences throughout your life?

My biggest influences have been my parents. They have been by my side at every turn in my life. My mom has “taught” me many things and my dad has “showed” me a lot of things. I come from a middle class family and let’s just “The past is never great” I grew up in a city with very high crime rate and the neighborhood of our residence made it even worse. I stayed away from as much trouble as possible but trouble came to us and my family. As a result, I have always looked up to my parents and how they dealt with life, family and financial matters. I follow their steps and learned a lot from their failures and success.

My inspiration to writing songs depends on what I am writing. If it is some “lit” song then it’s not a big deal for me to write, however I usually write songs based on my and others personal experiences. I take pride in my lyrics and I believe that as an artist everything that I write has to come from the heart. That is what “Hip-Pop” is all about. Nowadays, it’s all about the “Beat” no one pays attention to the lyrics. Not saying I hate beats but it’s just not the same anymore. I see amazing songs such as “Dance with the devil” by “Immortal Technique” and it has like 8 million views on You-tube. Then comparing it to “Trap Queen” by “Fetty Wap” and that song has over 35 million views. Not saying the song isn’t great it’s just “different” now. As a result, I try to balance my songs between “Lit” and personal so it gives my fans a taste of my views on both aspects of music.

You released your first single from your mix tape, “No Looking Back”, is this mix tape available to the public now?

No, as of now this mix tape is not available. I am currently working towards others goals such as school and financial matters, but that still doesn’t stop me. I usually try to make time to write songs so I would just have to record once I am done everything.

You recently released a video for your single, “Chase Your Dreams”, what was the highlight of the video shoot?

I believe the highlight of the video shoot was the feeling of putting out my first single and also planning the video. This was my first video shoot so I was really nervous but me and my team made sure to make it as dope and amazing as possible.

Do you have any shows coming up that you’d like to us about?

As of now, I am too busy focusing on my current goals so I have not yet thought that about however, I did have some shows that I was supposed to attend but postponed due to personal matters.

2016 is a major year for me. I need to finish up my mix tape, finish my school and also accomplish other major goals. As far as music goes, I plan to put out my mix tape anywhere in mid or after summer.

Canadian Beats is all about Canadian music, who are you current favorite Canadian bands and artists?

I actually really like “Celeb” and “Classified” they are both great artists.

With the cold weather starting, what is your favorite outdoor activity in the cold months?

I actually like to stay indoors but I do love skiing.

What is your go-to hot beverage?

Thank You Everyone who believes in me and my talent and a huge thank you to all my fans and day one supporters. This would have never been possible without your guys love. I promise you my mix tape will be epic! Thank you once again.