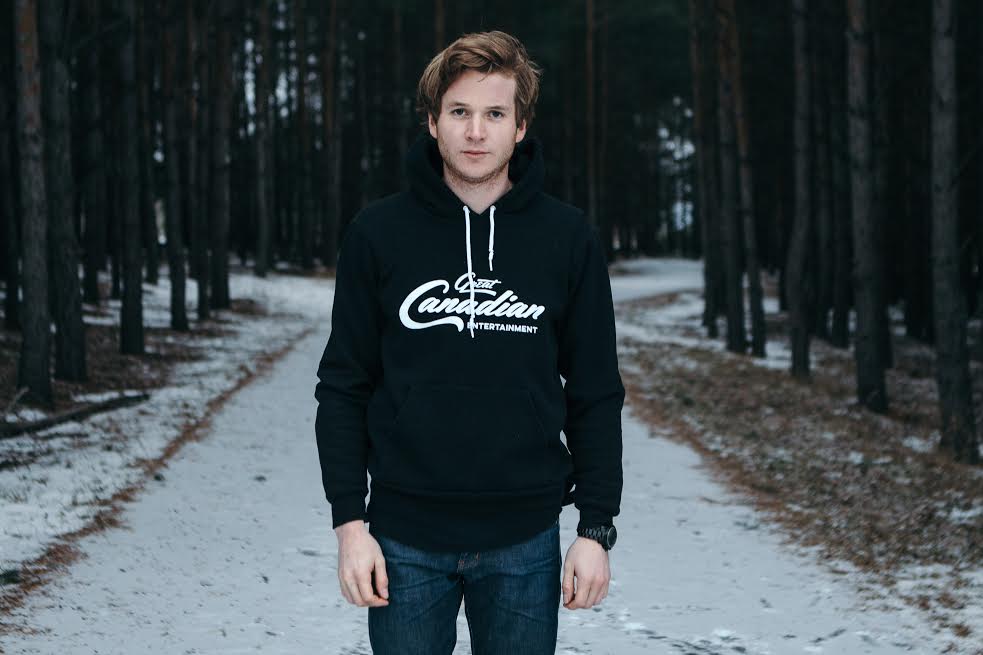 Recently I had the chance to talk to Great Canadian Entertainment founder, Scott Ord. Great Canadian Entertainment is celebrating their one year anniversary today, and we are joining in on the fun! We asked Scott a series of questions about GCE, and their first year in the business! You don’t want to miss out on this, and be sure to check them out, as well as the artists on their roster! You won’t regret it!

My name is Scott Ord and I am the president and founder of Great Canadian Entertainment. I manage the careers of The Faceplants, Eric Taylor, Casimir Gruwel, Frannie Klein, and Joel R. Butler.

Great Canadian Entertainment was launched on January 15, 2015, when did you decide you wanted to make GCE happen?

The main business plan that we are implementing now was put together in 2012 for a final project in college.

After moving to Los Angeles in 2013, I started to really get serious about wanting to start my own company and do things my own way. I revisited the business plan from college, spent a few months revising it and slowly creating the online infrastructure.

That winter I went home for the holidays and gathered a group of friends together to pitch the idea. After that it still took another whole year before we launched. It’s been a challenging yet fulfilling process.

It has been a lot of work to get GCE off of the ground, what was the biggest struggle that you overcame in the last year?

It certainly has been! All of my work experience before starting Great Canadian Entertainment was in music production, because of that; it has been easy for us to execute these great recordings. I don’t know much about photography or film production, so it’s more difficult for me to plan those types of projects. But struggles are just opportunities from which to learn and grow. We’re going to be dropping some incredible video projects this year.

What has been the highlight of the first year?

I’d have to say going on tour for the first time ever was the highlight of my year. Just seeing firsthand how hard the artists work night after night, giving the shows their all. The conversations between gigs, the jokes, the comradery. An amazing experience.

Your roster is growing, with The Faceplants, Eric Taylor, and now Frannie Klein, when you started out, is this how you foresaw the first year going?

Absolutely. Building a well-rounded and diverse roster has been a priority since day one.

Do you have a lot in mind for your current acts in 2016? Can you share some of your future goals with us?

Eric Taylor has an incredible EP that he’s releasing this spring called ‘Dreams in Colour’. By the time this interview comes out we will have announced his next single ‘Big Night’, which I am really excited about. There is a huge difference in style and tone between his last single and this one and it really showcases Eric’s immense diversity.

When we began The Faceplants project last year, it started as an EP. But as the band has evolved over the last year, so has the project. The album they have written is exactly what rock ‘n roll needs right now. The songwriting is unique and the concepts strong – a breath of fresh air. We’re going to be firing off a bunch of new content this spring. The bands’ next two singles are some of my favourite songs.

Casimir Gruwel and producer Derek Grocholski are working on an amazing folk album. We are going to keep having these really cool single releases, similar to what we did with ‘Winter’. With Casimir it’s about pure artistry, plain and simple.

We’re still in the early stages of Frannie and JR Butler’s projects, but they are at the forefront of my mind. I’m living & breathing country and hip hop right now – separately, of course.

Can we expect more acts being added to the GCE roster in 2016?

Yes definitely. We’ll be adding to our team and roster this year.

What is next on the Great Canadian Entertainment agenda?

We’re going to put out a few great albums this year, as well as some amazing visual projects.  But that is just scratching the surface.  As we continue to grow, the differences between us and other companies will become clearer.  I don’t treat GCE like a standard music company – we’re trying to do something different.  I look to more innovative brands like Tesla and Virgin for inspiration.  We have fresh ideas and we approach each project with intense passion.