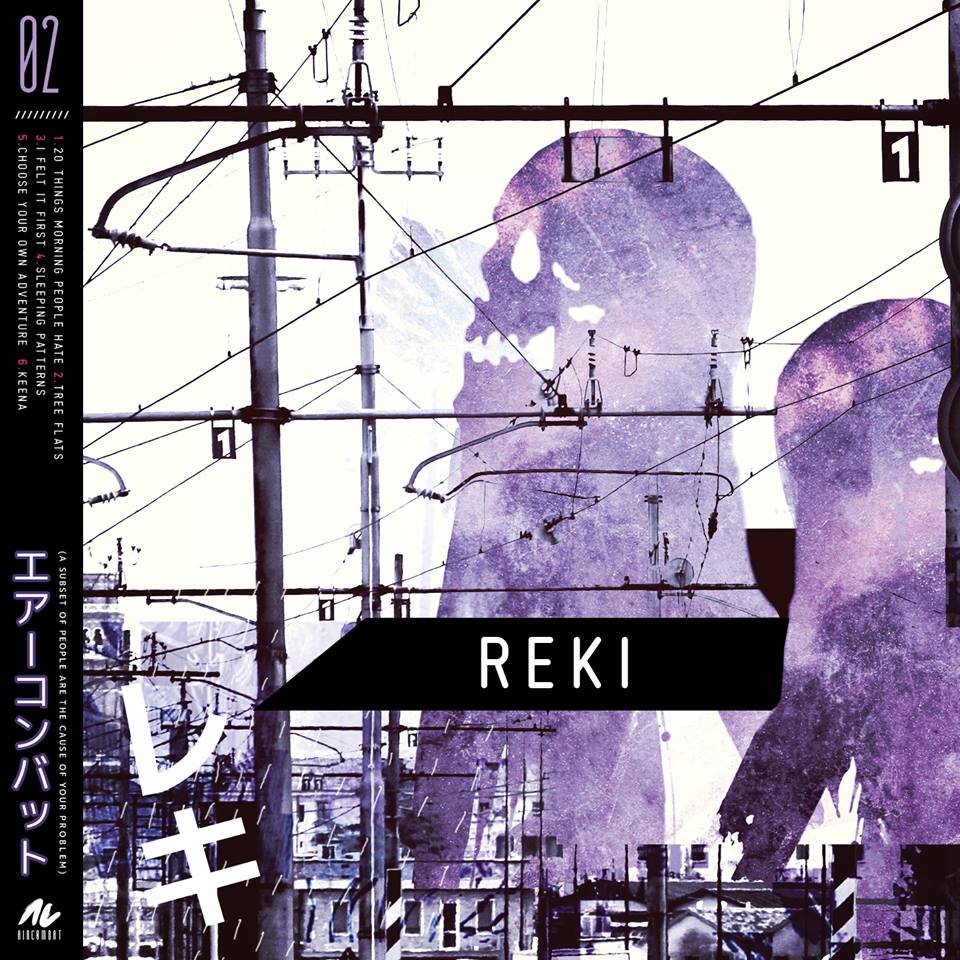 Album – Reki (A Subset of People are The Cause Of Your Problem)
Release Date – January 22, 2016
ITunes Link – Coming Soon
Genre – Emo/Alternative

Air Combat are a Vancouver based band who consist of Sheldon Stenning – Vocals, Synth, William Langlais – Guitar, Backup Vox, Tommy Phoenix – Bass, Backup Screams, Tyler Zanon – Drums, Backup Vox.  Sheldon and Tommy both hailed from other bands in 2014 and decided to join and go on the hunt for more members to make the band that they had always wanted to be.

Upon listening to this album, I can most definitely hear the punk influences throughout their music.  With quick tempo, and the classic screams thrown in, they have some compelling songs.  The band also did release a short EP earlier in 2015.

On the opening track there is a voice stating “There is no such thing as forever, sooner or later everything ends, just like it should.  Because now is only meant to be now, and this moment is so precious”.  I quite like that, and perhaps it’s something we should all remember.  This voice appears throughout the album.

“Tree Flats” is a track to take a listen too, I enjoyed the lyrics of this one.  “Choose your own adventure” was a song that caught my attention.  I enjoyed the melody and guitar riffs in this one.  If you enjoy the punkish / emo style of music give this one a listen.

I can see the art for this album is also going to be interesting, so this might be one of those albums you may want to purchase a hard copy of !  They are also doing some shows in BC coming up in February and March so keep an eye out for those dates.