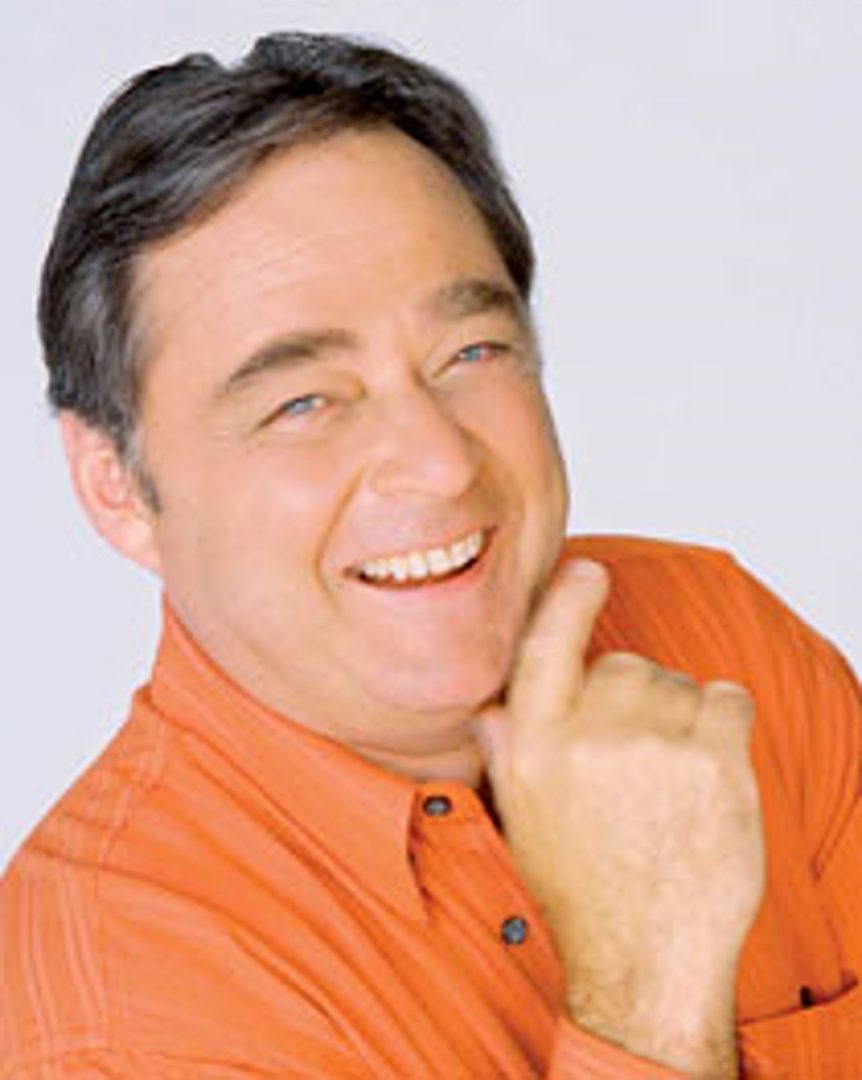 This past Friday, January 8th, 2016, long time radio personality, Mike Cooper, announced that his final day as co-host, on the CHFI Morning Show, will be Friday January, 29, 2016. I’m sure this came as a shock to many of the station’s loyal listeners. For this writer, it filled me with many good memories. Without realizing it, Mike Cooper has touched the last four decades of my life.

Radio began for Mike at Mohawk College in Hamilton, Ontario. Fresh out of school, he landed his first radio job at CKAT-FM in North Bay, then a short gig in Ottawa, before rocking the airwaves of Toronto at 1050 CHUM AM in the mid-1970’s. This would be where I first crossed paths with Mike.

I was in my mid-teens, with a passion for The Osmonds and the Bay City Rollers. (Yes, I’m admitting this. Don’t judge.) 1050 CHUM was THE station to listen to for contests, news and the music of the era. It was Summer 1975, at the beginning of the Canadian National Exhibition (CNE). Somehow, Mike got himself on board to set a Guinness World Record for the longest stay on a Ferris Wheel. For the better part of August, the station would have regular check-ins to see how Mike was doing. It seemed the whole city was behind him! I was at the CNE on August 25 that year, to see my beloved Osmonds at the Grandstand. One of the stops I had to make while I was there, was to see Mike Cooper riding the Ferris Wheel. As luck would have it, he was having one of his mini breaks. I remember getting to say hello to him, wishing him well for his remain days to go and giving him a hug. Meeting one of your favourite radio personalities was a big deal! Mike ended the summer by breaking the record at 21 days, 10 hours and 10 minutes! The record has since been broken but, what a ride (literally and figuratively) it was to see it happen.

If you are interested in hearing any of these highlights, they can be found at: http://ondemand.streamtheworld.com/1050chum/ . Scroll down under “Classic Audio” till you find the heading “Mike Cooper at the CNE 1975. 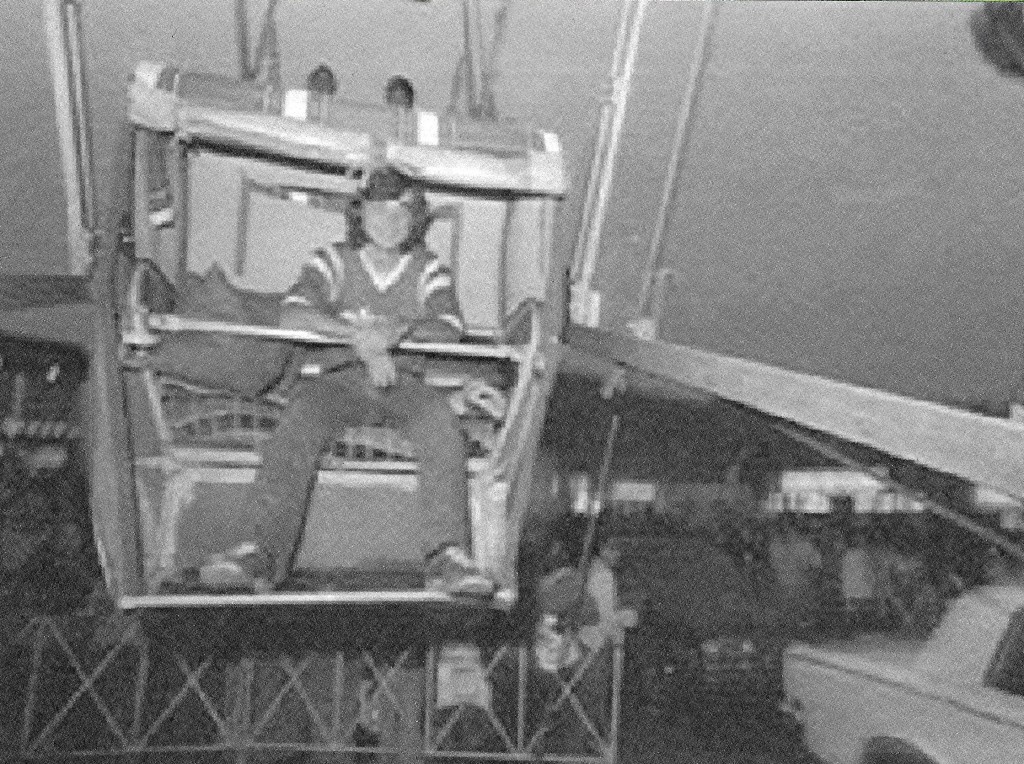 Mike Cooper’s time at CHUM ended rather abruptly following, what is now, one of the best April Fool’s pranks in radio history. It was April 1st, 1976. Mike was on air and at several breaks, mentioned about getting calls from a guy making threats to him. Finally, during a commercial, as Mike was wrapping up the advertising dialogue, a guy walks into the studio, an argument and struggle occurs and ends with gun shots, screams and dead air. Several seconds later, Mike returns to the microphone and says “April Fools!”

Well, local police, who were also listeners to the show, heard all this ruckus in progress and bee-lined it down to the radio station, with back up, thinking it was for real. They did not hear the disclaimer at the end of the prank. It didn’t end well for the station or Mike. He was dismissed from his regular on-air spot, only filling in as needed, till eventually leaving CHUM all-together.

Again, if you would like to hear the original broadcast, it can be found at: http://ondemand.streamtheworld.com/1050chum/. Scroll down under “Classic Audio” and look for the heading “Mike Cooper 1976”.

Mike found himself on radio, at CKGM, in Montreal for awhile before finding his way back to Toronto at 680 CFTR AM (Now 680 News). Mike had a good run at this station. It was good to have him back on Toronto airwaves. His afternoon drive was a hit and helped with the ever important ratings. He had a special feature, “The 5:10 Stoopid Joke of the Day”, which over time, lead to a published book of compiled submissions over the years. While writing the article, I tried to find my copy. It must still be packed in a box somewhere. Hazards of too many moves.

During the mid-1990’s, Mike was at 97.3 EZ Rock. He co-hosted the morning show along with Christine Cardoso. When Christine went on Maternity Leave, in came Erin Davis. Erin had been terminated from CHFI after some personnel changes to on-air talent had taken place. Mike, in his announcement speech on Friday, joked about not wanting to like Erin at first. She had been the competition over at CHFI for ten years but, you couldn’t hide the chemistry between them on the air. When, Erin’s contract was up, she had been made an offer to return to CHFI. She agreed, with one condition; that Mike Cooper would become her morning co-host. The power on-air couple brought CHFI back to the top of the Toronto ratings charts and have had an incredible ten year run at the station.

One of my favourite events that CHFI used to run, was the annual CHFI Oldies Dance at the Toronto Sheraton Centre. It was always a great event and all for a good cause, The Children’s Wish Foundation of Canada. It was always good to see and chat with all the station’s on-air personalities and staff. It was themed and it was encouraged for people to dress up in their favourite era costumes. I was there with camera in hand, doing what I do best, capturing the moments. It was 2006, Erin had returned to the station and Mike was with her. It really felt like a reunion! I remember well that Erin dressed as Elton John and Mike Cooper was wearing a slightly tight fitting, powder blue tuxedo. When I asked about the tuxedo, Mike mentioned that it was the one he wore on his wedding day many years earlier. His beautiful wife, Debbie, joined him. She was wearing her wedding dress. Hers still fit perfectly! A few photos were snapped of the happy couple. You could tell these two have one of those almost fairy tale romances. They have been together since they were 15 years old. Debbie has been by his side throughout his entire radio career. They have created a beautiful family and wonderful life together. 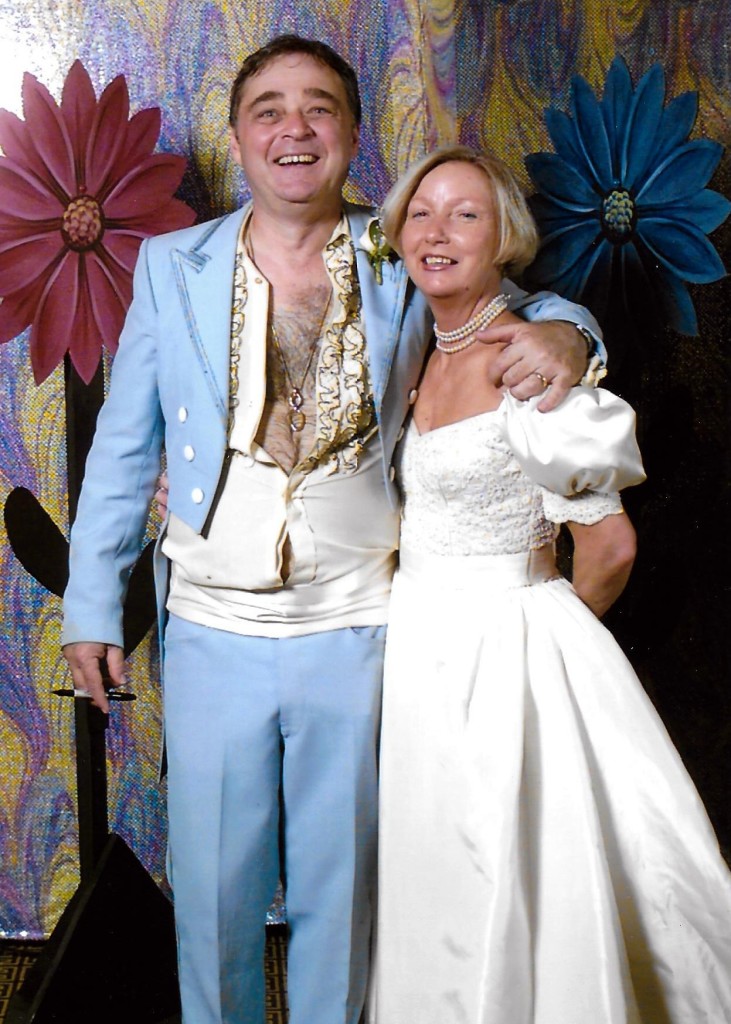 In Friday’s message, Mike referred to Debbie as his tender morsel of passionfruit and his first love. He will continue to host Coop’s Classics Saturday evenings on CHFI but, the bulk of his time will be spent continuing to make memories with his sweet bride.

Thank you, Mike, for 45 amazing and unforgettable years in radio! You will be missed.