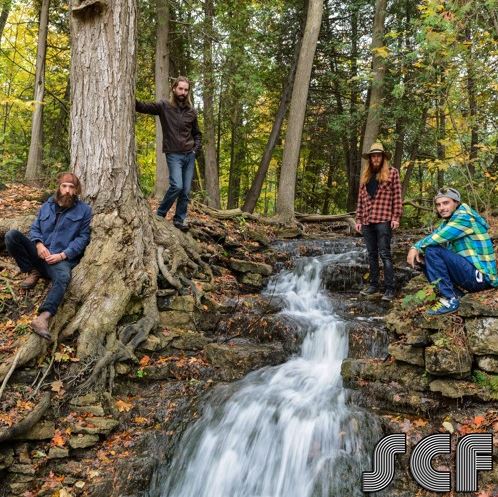 Silver Creek Folk is a five person rock band from Georgetown, Ontario. Silver Creek Folk was formed back in 2012 and since then have been growing with new members, as well as creating a name for themselves. The band has been playing sold out shows in Toronto, as well as some music festivals. They even opened up for Tom Cochrane in Midland.

Silver Creek Folk recently released their brand new EP entitled ‘EP 1’, on December 11, 2015.  The EP features five full length tracks. The band has also released the first single off of the EP called ‘Don’t Go Alone’ (track four). I listened to Silver Creek Folk’s EP 1 and can honestly say I enjoyed it, although it isn’t something I normally listen to. That being said, it was a good change. I like their style of rock and enjoyed listening to all the songs to get a feel of what Silver Creek Folk is about. The two songs I decided to talk about off of EP 1 are ‘Dirty Laundry’ (track two) and ‘Footsteps In My Heart’ (track three). ‘Dirty Laundry’ is one of the faster songs on the EP and really showcases the band’s style whereas ‘Footsteps In My Heart’ is the slowest song and was an easy listen that pleased the ears.