Interview – Luther Wright and the Wrongs

By Remington Fioraso on January 11, 2016@https://twitter.com/RemingtonFD 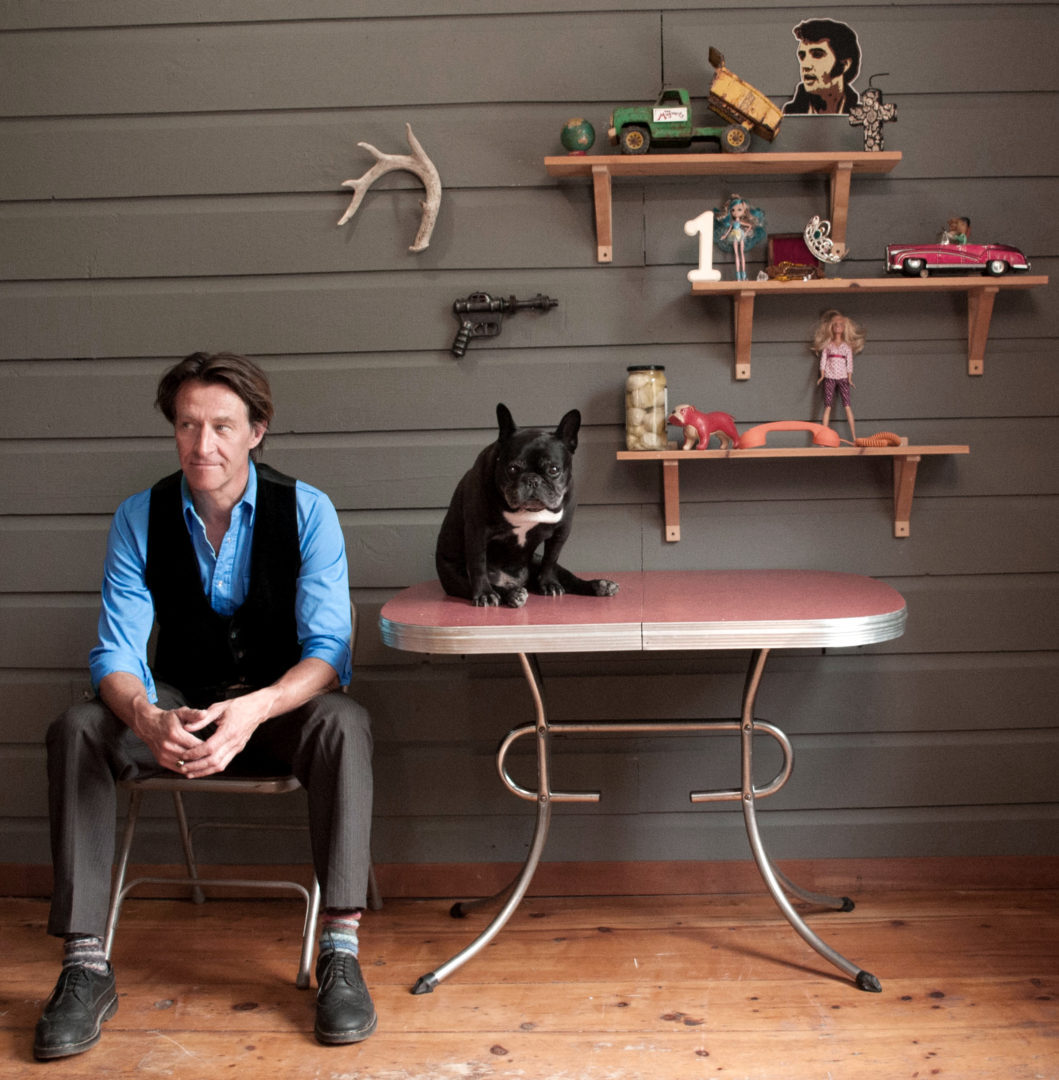 Luther Wright and the Wrongs are an alternative country group hailing from Kingston, Ontario.  On January 15, 2016, the group released their seventh album entitled Hearts and Lonely Hunters via Snakeye Muzak.

First off, can you tell Canadian Beats readers more about you?

Luther Wright has been writing, recording and performing music for over 20 years now. He started out in a band with his talented songwriter brother Geordie in the garage/punk, vigilante vegetarian outfit The Mugworts who honed their chops while traveling in Mexico and playing to gringos and locals alike. In 1994 he joined up with his friends Sarah and Mary Harmer to play lead guitar in the Canadian, pop-rock band, “Weeping Tile” (WEA/Atlantic).

It was during the next 5 years of full-on touring and recording with that band that Luther, Weeping Tile drummer Cam Giroux and his roots compadres Sean Kelly and Dan Curtis formed the now-renowned, country/punkgrass road daemons, “Luther Wright & The Wrongs”. Known on one hand for their brilliantly executed, country/bluegrass reworking of Pink Floyd’s classic The Wall, Luther and the band have also recorded and released five all-original albums, Hurtin’ For Certain (1997), Rogers Waltz (1999), the valentine gone awry, Guitar Pickin’ Martyrs (2003), Instrumentality(2005), Man of Your Dreams (2008). Also to boot, they made two cds of original children’s music under the guise of Butterfingers.

From its release internationally in 2001, Rebuild the Wall (Universal/Backporch), opened up doors for ‘the Wrongs to play over 500 shows of old-country, inspired music across the continent. Luther’s music is used in the CTV television show, “Robson Arms”, and his song “Tumbler Ridge” is part of the soundtrack in Ron Mann’s documentary film about Woody Harrleson entitled, “Go Further”. At the request of the Goodman family Luther contributed a version of “The City Of New Orleans”, to a wonderful album that pays tribute to folk legend Steve Goodman.

Their new album “Hearts and Lonely Hunters” album was produced by Chris Brown (Bourbon Tabernacle Choir/Chris Brown & Kate Femner) and is available in the store on the site. “Luther Wright and Hugh Christopher Brown reignited a decades long musical relationship on tour in the Yukon and Alaska. The pair had first met touring Canada while Wright was on the road with Weeping Tile; the critically acclaimed band he was in with Sarah Harmer. Their orbits would cross many times between New York City and the Canadian Highways and Brown is a regular feature on Luther’s albums, including the cult classic ‘Rebuild the Wall’, hailed by audiences and Roger Waters alike. Now, with 6 albums of well-crafted original alt-country music under their belts, the upcoming album, ‘Hearts and Lonely Hunters’, takes Luther and the band in a slightly different direction in no small part due to the longstanding collaboration with producer Brown. Luther’s country influence is very much in full effect, this time with lush string arrangements, keys and exquisite backing vocals by Sarah Harmer. His humor and wit are here matched equally with heartfelt crooning; his punk passion shining through as always. Hearts and Lonely Hunters also features appearances by the legendary Holmes Brothers and two of New York City’s rhythm heavyweights, Tony Scherr and Anton Fier.” /Sheena Turcott/The Lowdown.

The Rheostatics, Hank Williams, Louis Armstrong, The Talking Heads, Rage Against the Machine and The Be Good Tanyas

Whom or what have been the most significant inspirations when working on tracks for your upcoming album Hearts and Lonely Hunters?

Chris Brown who produced the album was a big influence to be myself.  When we finished it I heard the David Bowie influences. We recorded the album on Wolfe Island so the natural setting and the quiet were wonderful.  The last day of tracking was during the Wolfe Island Music festival and I saw my friend Haydens set and was really inspired for the final push by that experience.

Are there any particular songs from Hearts and Lonely Hunters that stood out the most during the recording process? Why?

Comeover & Jam was super fun to do as it harkens back to my rocker days a bit more, as did The One Girl.  It was a gas to rip up the electric guitar parts and push the volume.  And I’m fond of the quiter songs like Broken Yesterdays as they were nice to realize.

How would you compare it to your previous releases?  What are the most significant differences?

Having a producer/engineer take a bigger role was a change for me as I have always been pretty hands on in the studio.  And also this album is a blend of country tunes and rockers which I touched on a bit on Man Of Your Dreams but realized more here.

What has the fan reception been like so far?

It has been very positive and encouraging.  We have played a few releasey shows and the crowds were really digging it.  The album is getting good reviews so far and we look forward to getting it out there over the upcoming year.

Prior to its release, you began an Indiegogo campaign for Hearts and Lonely Hunters.  What led you to doing so?  How was your experience with this?  Did you have fun coming up with rewards?

It was a good way to touch base with long time supporters and fans and to engage people in the process.  It is good to raise some money in advance to cover production costs and manufacturing expenses and with social media changing the way people interact with musicians and artsits it’s crazy not to do something like this.  I kept the perks to basic music things although some of my friends have been more ambitious and generous with their time.  The whole process was fun.

In traditional Canadian Beats fashion, here are some questions to help fans get to know more about you.

Musically it was seeing the very last 50 Men show at the Blacksheep Inn.  The packed it in after 15 years or so and put on an amazing farewell show.

What are you looking forward to the most in 2016?

Getting our album released in Europe and touring around places I have never been.  And watching our country change for the better now that we have a new government in place that doesn’t seem like they have total disdain for anyone who disagrees with them.  But I may be naive about that one…

Did you make any New Years resolutions?

Improve my french, think before speaking (any language) and sit up straight at dinner.

Finally, would you like to say anything else to your fans?

Thanks for supporting live and local music wherever you are.  It makes such a difference.