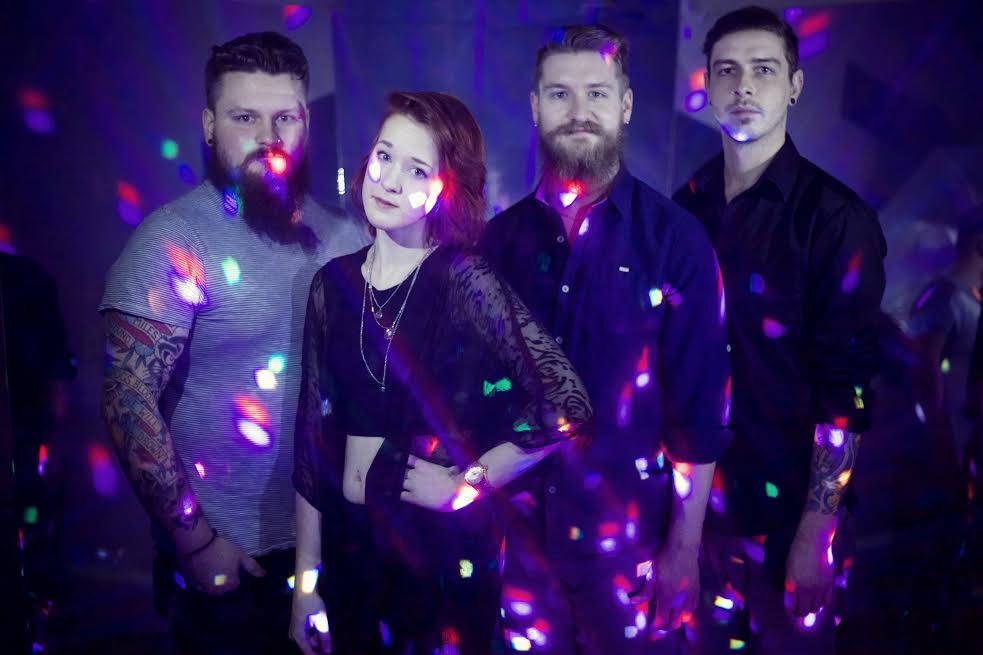 Friends of Foes is a band based in Saskatoon, SK made up of Anthony Nickel, Matt Stinn, Celeste Nicholson and Keegan Stretch. The band released a video for their single, “Faults” on January 4, which you can see below. On top of this, Friends of Foes also has an EP coming out on February 12, 2016 and have released some Western Canadian tour dates (take a look at the bottom of this interview, to see those). I had the chance to ask Keegan Stretch a few questions this past week!

I’m Keegan Stretch and I play drums with Friends Of Foes. I’m from Saskatoon, and I also play in two other local bands, Dreamlogic and Fancy Diamonds. When I’m not performing, I teach drums at the Saskatoon Academy of Music.

You released a brand new single on January 4, what can you tell us about the writing process?

The writing often starts with Matt, our guitarist, and me. He’ll come to me with a guitar riff or an idea for part of a song and we’ll bounce ideas back and forth until we have something we’re happy with. Celeste, our vocalist, and Tony, our bassist, often come in after that point to add their input to the idea. Part of the writing process involves us giving opinions about each others’ instruments and parts. Sometimes Matt will have an idea for a drum beat or I’ll have something to add to his guitar riff. In short, it’s often a very collaborative process.

You released a video to accompany the single, what was the highlight of the video shoot?

We did the video shoot with Morgan Carter, who directed, filmed, and edited our last videos as well. Together, the band members and Morgan brainstormed to come up with the video concept. The best part of the video process was seeing the idea come to life. When we were shooting it, I think we all had an idea of what the video would look like in the end, but seeing it come together was extremely satisfying. Morgan did a fantastic job, and we’re really happy with her work.

On top of the single/ video, on February 12, your EP will be unveiled to the public, what can you tell us about the EP?

Our goal while writing the album was that our fans should be able to listen to it from start to finish and the songs would flow into each other, to create a cohesive listening experience. So although every song has it’s own unique sound, it will feel like the album is a whole.

Will the single give any indication of what is to be expected from the rest of the EP?

The single is a window into the rest of the album. If the album were five different meals at a restaurant that you wanted to try, “Faults” would be a bite from every meal. It references some of the groovier parts of the album and calls back to something a little more folky and alternative from our past recordings.

Throughout February, you will be doing a tour, what can someone that has yet to see you live expect from a Friends of Foes show?

We’ve really put quite a bit of work into our live set. Much like our new EP, we’ve made sure each song is arranged to flow seamlessly into the next. We also play a little bigger and louder than what you might expect from hearing one of our albums.

When can fans in other parts of Canada expect to see you guys?

In February, we’re touring out west again. We’re looking forward to hitting some of the same cities we played last summer, plus a few new places. As far as touring anywhere else, we’re still in the planning stages. We’re currently looking at touring in July of 2016. I wish we could tour for months on end, but that’s often just not feasible for us.

Thanks for being awesome and for coming out to our shows. The support of our fans is what keeps us going. We sincerely hope you enjoy the new music!