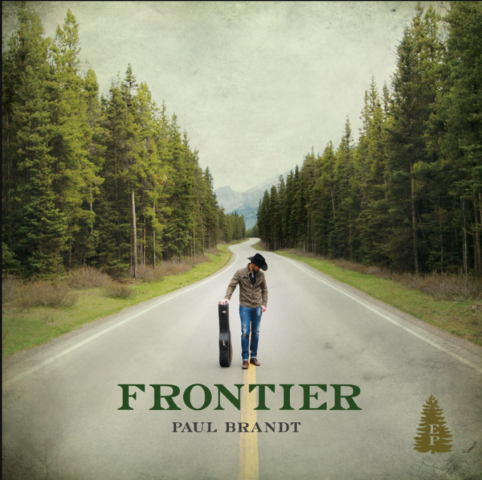 During the Paul Brandt/Dean Brody Road Trip Tour this past Fall, pre-orders were accepted at the Merchandise Table for Paul’s up-coming EP, Frontier. Like many other fans, I had to be one of the first to get this long awaited release. It was mid-December when it finally arrived in the mail. What a thrill to open up this brand new Limited Edition Vinyl EP! (Only 3,000 have been pressed.) This writer is old school and remembers well the days of LP’s, 45’s and all other formats of vinyl. The comeback for this medium is nostalgic, to say the least. There is nothing quite like opening a new record. It has a smell all its own. There is an anticipation of what’s inside (liner notes, photos, etc.). This all took me back to a simpler time. Yet, the music on Frontier is a mix of old and new.

For the past few years, Paul Brandt has released four songs to radio. When asked when a new album would be released, Paul would respond that there was nothing in the works. With music’s ever changing availability to listen, view and purchase on-line, hard copy sales have significantly declined over the last decade. Paul has been an innovator in the Canadian music scene and to not release an album to launch his new music was just another progression.

The EP includes the recent hits to radio, “Forever Summer”, “Nothing”, the much talked about “Get A Bed” (Rapped Version with KMF Artist, Fresh I.E.) and his current chart topper, “I’m An Open Road”, featuring the haunting vocals of MDM Recording Artist, Jess Moskaluke. There are two more songs to the EP, “Calm Before The Storm” and “Waiting”. Both of these are Paul’s original demo recordings from 1993. They are a trip back to the Country Music wave of the early 1990’s. One of Paul’s big musical influences was Garth Brooks. I can definitely hear it in “Calm Before The Storm”. This is also the song that launched Paul’s recording career.

Just like the vinyl EP, there are two sides to this release. I would describe it as Progressive Nostalgia or Nostalgic Progression. A wonderful blend of Paul’s roots and where his music is today.