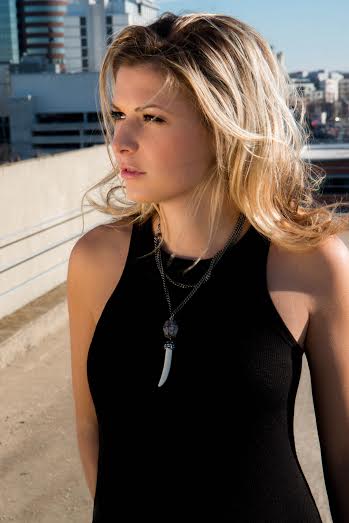 Raquel Cole is a singer/songwriter and multi instrumentalist. Splitting her time between BC and Nashville, the singer has recently received the CCMA Discovery Award. Her other many accomplishments include her song “Catching Fire” debuting at number 63 on Billboard’s Top 200 Album Charts, being selected by SOCAN for their 2015 Faces To Watch, her music has been featured on USA Today, and many more. We had the chance to ask her a few questions about her musical background, her achievements, and her future plans.

Congratulations on winning the CCMA Discovery Award. How did it feel when you won?

Thank you!  I really didn’t know how I was going to react if I won.  As soon as they said my name, it felt like my heart went from beating like crazy to a literal stop.  I was so calm and collected at first, probably from the shock it of it all.  Later on when it all started to sink in, I was on cloud number nine.

You’ve had quite a few achievements in your music career so far. Did you think this would happen when you first started out?

It’s always a surprise.  There’s really no way to know what will happen and even after winning an award or playing a really cool show I still feel like that girl just writing songs hoping someone will listen.

You have very diverse musical influences such as The Guess Who and Shania Twain, how do you combine such different influences into your music?

I grew up learning how to play lots of old rock and roll like BTO, The Doobie Brothers and Boston, mostly so I could jam them with my dad (who is a drummer), which I think influenced a lot of the rhythm and guitar playing in my music.  I’ve always been drawn to pop music, but it wasn’t until my teen years that I started getting into country.  I started listening to Keith Urban and Lady Antebellum and thought, “I love that.”

If someone hadn’t listened to your music before, how would you describe it to them?

This is always such a hard question to answer!  I feel like there are so many sides to my music.  I love pop and country and jazz and really anything with a lot of soul and feel like that all comes out in my sound.  Lately, people keep coming up to me after a show and saying my voice reminds them of Dolly Parton.  That’s an insane compliment, and I would have never thought that about myself.

Is there a song that they should start with? What is your writing process like?

My song “It’s For Real This Time,” is a good place to start.. but I’m more of an album person.  I always feel like I need the whole album to properly understand an artist.

Usually for me the music comes first but then again sometimes the lyrics do too.  I love collaborating with other writers, so often somebody else has an idea that takes my musical idea or lyric somewhere I never would have dreamed up.

You split your time between British Columbia and Nashville. What difference and similarities do you see between the two music scenes?

Something that happens a lot in Nashville are writer’s rounds.  It’s cool because it gives songwriters a chance to share their songs.  There are so many people in Nashville who are amazing writers and have no desire to be artists.  This is a unique outlet for our community to be in an intimate performance setting with the actual person who wrote the song.  It’s a rare treat.   A similarity I’ve noticed is the desire to create original music. B.C. is a really artsy place.

I like for a live show to have a bit of the unexpected, something you wouldn’t expect the artist to do or sing and also have good energy and so I always try to combine that into my shows.  This year I played a lot of shows solo just me, my guitar and mandolin.  But I love getting to play electric guitar when I have a band playing with me!

New music!  Over the past year I’ve been writing so much, I’m so excited to get back into the studio to record a bunch of them.

What is the most ridiculous stereotype you’ve heard about Canadians while in the States?

They think it’s always cold here!  Americans are always so surprised that we get hot summers in Canada.

Apparently Husky’s can talk or at least try to talk?  They’re most popularly searched on youtube for saying “I love you.”  How bizarre!

What are some of your favourite traditions during the holiday season?

We don’t have a ton of extended family to spend Christmas with, so however many years ago I suggested to my family that we go skiing on Christmas Day.  We have a ski resort 20 minutes from my house so it works out pretty perfect.

If you had the chance to interview your favorite band/artist, who would it be and what would your first question be?

How do I choose just one band?!  This might be a cliche answer, but if I could get all the Beatles back in a room together I’d ask them if they could have played in another band of their time what band would they choose.

It’s a toss up.  Adele’s song “Hello” which I had to stop singing along to because I think I almost blew my lungs out (haha!) and “Stay A Little Longer” by Brothers Osborne, that guitar solo is ridiculously amazing!

It’s such an amazing feeling to know there’s people who want to hear my music.  Thank you for listening, I wouldn’t be able to do what I do without all of you.  I’ve received so much encouragement from you guys in person and through mediums like social media, please know how much I appreciate it.