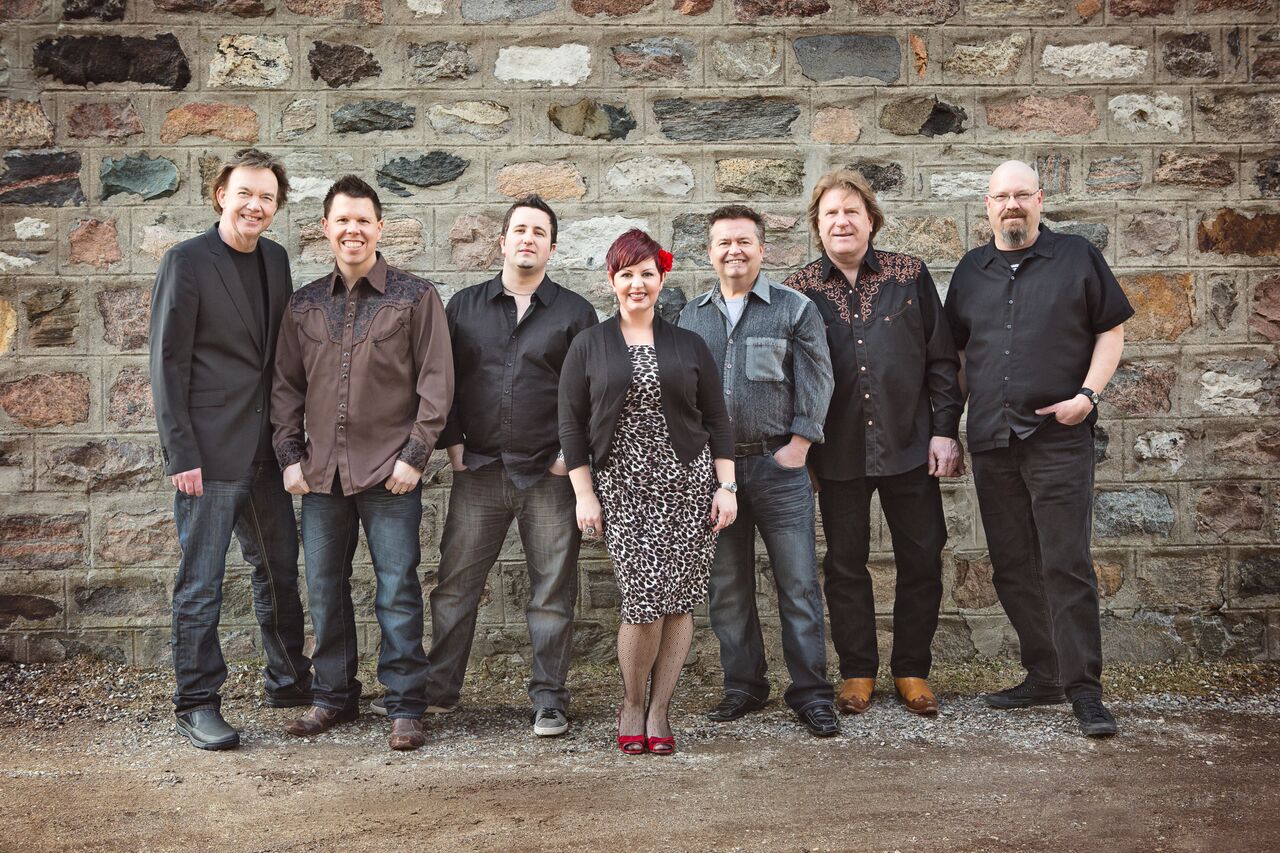 Western Swing Authority is a Western Swing band from Waterloo, Ontario. The band consists of Shane Guse, Stacey Lee Guse, Paul Chapman, Ed Ringwald, Matthew Lima, Dan Howlett, and Jim Boudreau. Signed to eOne Music Canada, the group has wracked up quite the list of nominations and awards over the last few years, including the 2015 Country Music Association of Ontario Group of the Year. Their latest album, ‘Now Playing’ was released in February 2015. We had the chance to ask Shane Guse a few questions about their music, future plans and more.

Why did you all decide to come together and form this collaboration?

I have always loved this kind of music and have always wanted to play in a band like this.  One night after watching a special on Nashville’s Time Jumpers I thought, “why am I not doing this?” So I sent out to all the people close to me that I thought would be into playing in a Western Swing band, and the response was immediate.  We had a band and we were going to play music that we loved simply for the joy of playing it. We never thought of what we would do with it beyond that point.

What is your writing process like with so many of you in the band?

We all write independently or co-write. Stacey and Matthew penned Livin and Dream, Dan and I have a song on this latest album (Cowtown Queen), Ed has an instrumental (Bapadoodle) and I’ve co-written some WSA tunes with Jason Blaine (Old Dance Floor, All Dolled Up) and Jason McCoy (Swing Thing) among others.  When the right song comes along we come together to arrange it.  A great song should be able to stand alone regardless of who is singing it or the arrangement, but the arranging process is what I feel really puts our stamp on a song.  Sometimes we will sit together to come up with arrangement ideas and sometimes the best hooks just happen during a gig.  Everyone in this band listens to one another so when somebody plays a line that works, it usually doesn’t take long for the rest of us to pick up on it and add to it.

If someone hadn’t listened to your music before, how would you describe it and what song should they listen to first?

Tough question.  Western Swing is a fusion of several styles of music.  Traditional Country mixed with Big Band Swing, Blues and Jazz.  Often you have fiddles and steel guitar playing lines like horns. We try to remain true to the genre, but modernize it slightly and give it our own spin.  If you want to hear a song that sounds like WSA  I’d tell you to listen to Sweet Harriet or Livin A Dream.

I think that answer would be different depending on which member of the band you asked.  They are all fun to play for different reasons.  Lately, I’d say one of my favourites (and Stacey’s) is Rocket to the Moon. Jimmy swings hard on this one and Stacey sings the pants off of it.

Do you have plans for new music in the near future?

Definitely!!! We’re just beginning to write in preparation for a new album.  We’re also toying with the idea of a Christmas project.

You have a few coming shows, what can your fans expect from them?

Well, you never know what will happen on stage with this band. I can say that it will include some upbeat music, serious picking and some epic vocals from Stacey. Ultimately we have a lot fun on stage playing and singing together and I think that translates to the audience.

Do you have any advice for someone trying to make it in the music industry?

You were on the Green Carpet at the CCMA Awards in Halifax this past September, how was that experience?

Honestly, it was really amazing to be included in the Green Carpet, but so strange. I have been to CCMA week and have played the show many times as a side man backing other artists.  These past two years are the first time I have come and walked the Green Carpet and done the media row as an artist. It’s a very different experience. I’m not used to that much attention.

What was the highlight of your time in Halifax for Country Music Week?

It’s hard to say, although the food was pretty spectacular!  I love how Country Music Week brings all of us together. It’s like a homecoming, or some kind of crazy adult summer camp.  “This one time, at CCMA’s….”

We have lots of exciting things coming up in 2016, including lots of shows we have yet to announce.  In the immediate future, we’re going to be in Austin TX next month for the Ameripolitan Music Awards.  We’re honoured to have been nominated for Western Swing Group and Western Swing Female (Stacey).  It’s a big deal for us to be recognized as a contender in the birthplace of Western Swing Music, alongside bands I have looked up to for years.

What is the most random fact that you can think of?

We never rehearsed a note before our first gig.  We just all just showed up and what happened happened.

What is the first concert you remember going to?

It was Randy Travis or Poison.  I can’t remember which one came first.

Where would you like to tour that you haven’t yet?

Anywhere we haven’t been yet! I would love to see this band travel to Europe.

What are you looking forward to most in 2016?

Playing more shows, creating some new music and seeing where this journey takes us next.

I have met Ray Benson of Asleep at the Wheel, but I would love to interview him and ask how he has managed to maintain such a tremendous band and remain such a force in the music world for so long, while living outside the mainstream.

THANK YOU! Thank you for supporting us in all the ways you do; buying albums, coming to shows, telling your friends about us.  We can’t wait to come out play!