Sitting on an overcrowded, standing room only city bus at 2 am, several drunken revelers at the back abruptly screaming “We’re the cool kids”; to which I resist the urge to respond with “No, you’re definitely not”; as more passengers continue to board. There are few scenarios in which I can imagine myself in this situation and thinking its ok, even fewer in which I would be happy about it and not willing to trade it for anything. This was New Year’s Eve however; and not only was it ok. Not only were those cool kids allowed to be drunk and yelling in the back of the bus, they were cool damn it, even if they had to say so themselves and no, I would not have wanted to be anywhere else.

I’ve always had a simmering hatred for New Year’s Eve, it’s a holiday laden with pressure to have a good time whether you want to or not, usually amidst a group of complete strangers and involving the consumption of more alcohol than arguably need. This year though my New Year’s Eve was spent at Moncton’s sold out Casino NB in the pit and then side stage for one of the most iconic Canadian rock bands of my generation, Our Lady Peace. From the moment I picked up a camera and shot my first show being in the pit for OLP has been on my bucket list. They have been one of the most influential Canadian bands in my life and I can say in all certainty that I would not have survived my 20s without their music.  Making the night even more special was seeing my friends in Halifax’s Alert the Medic, who along with consummate rockers I Mother Earth opened the night up, getting to share the evening with people I admire so much.

Making my way to the front of the stage a few minutes before Alert the Medic made their way out, the energy from the crowd was palpable. Pushed tight up against the barrier, each person straining to get as close as possible to the front and the energy buzzed through the packed venue like electricity through a live wire. As Matt and Dale made their way on stage the audience began to take note and the noise level began to rise. By the time Ryan and Troy followed and strapped on their guitars the welcoming cheers and applause felt like a wall of sound hitting the me from behind. It took a few moments but I somehow managed to fight down the sheer happiness and pride that hit me seeing such a deserving group of guys up there in front of me on this, of all nights, and get to work.

If there is one thing I have found to be true about these four men since I first came to know them it is that they are, more than any band I’ve seen, experts at consistently making the most of any set and leaving a lasting impression on the audience. New Year’s Eve was no different, filling their thirty minute slot with six of their most beloved songs. Quickly stealing glances behind me at the audience I could see that from the opening bars of Hannah and the Ocean people began dancing and fists started to be thrust in the air. As the third song ended and I left the pit I couldn’t fight the smile that came to my face as I heard Dale and Matt’s all too familiar opening bars to All Better Now which I got to enjoy from the perfect vantage point to see both the action on stage and the response of the crowd who were eating it up. Finishing off their set with a longtime fan favourite Hey Kid, To the Back of the Line the boys wasted no time getting off stage and heading out to the merch table to sign CDs and chat with fans, something which you only have to watch them do once to have them win you over. 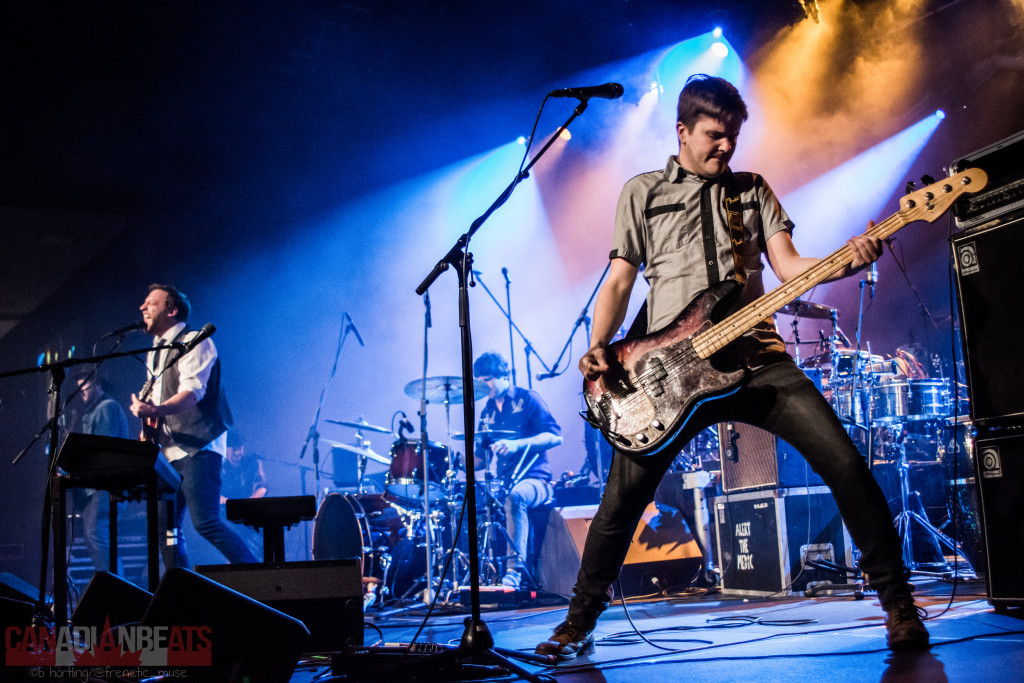 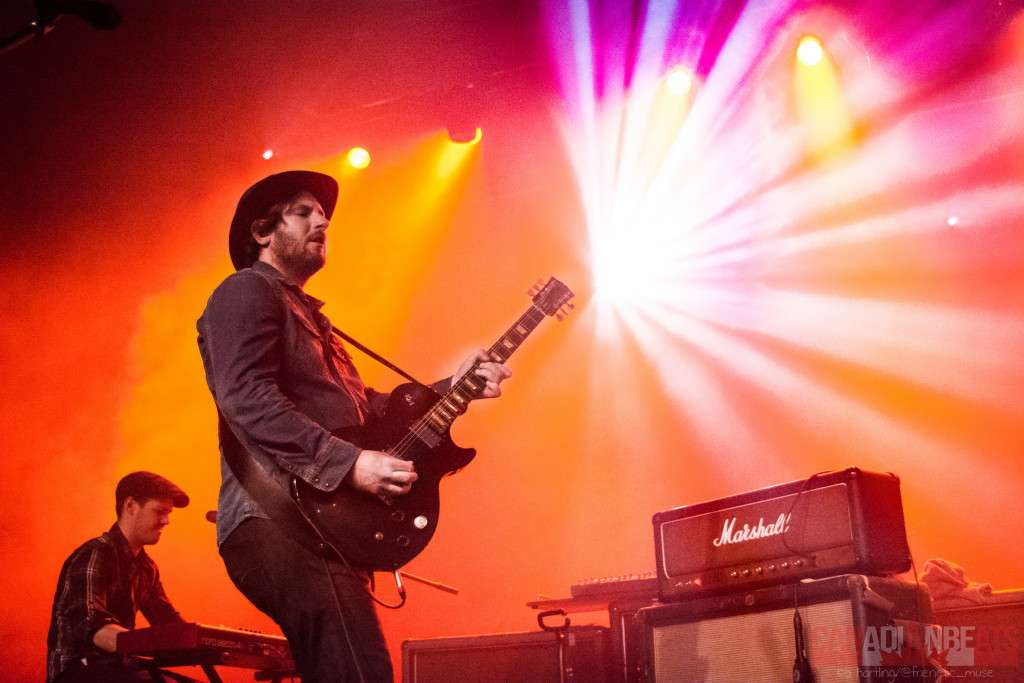 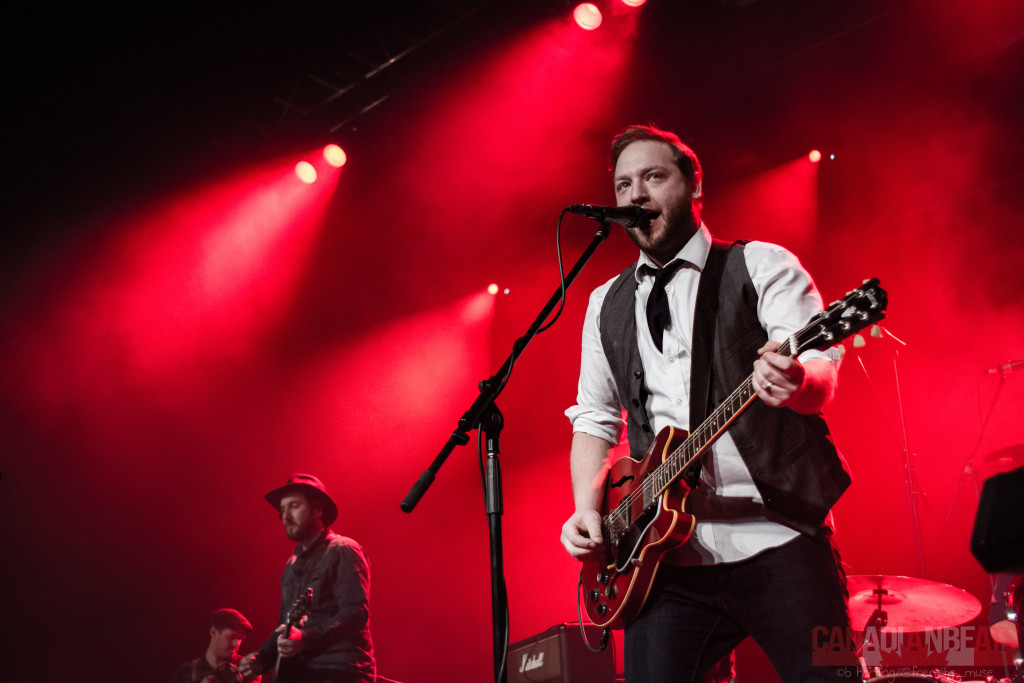 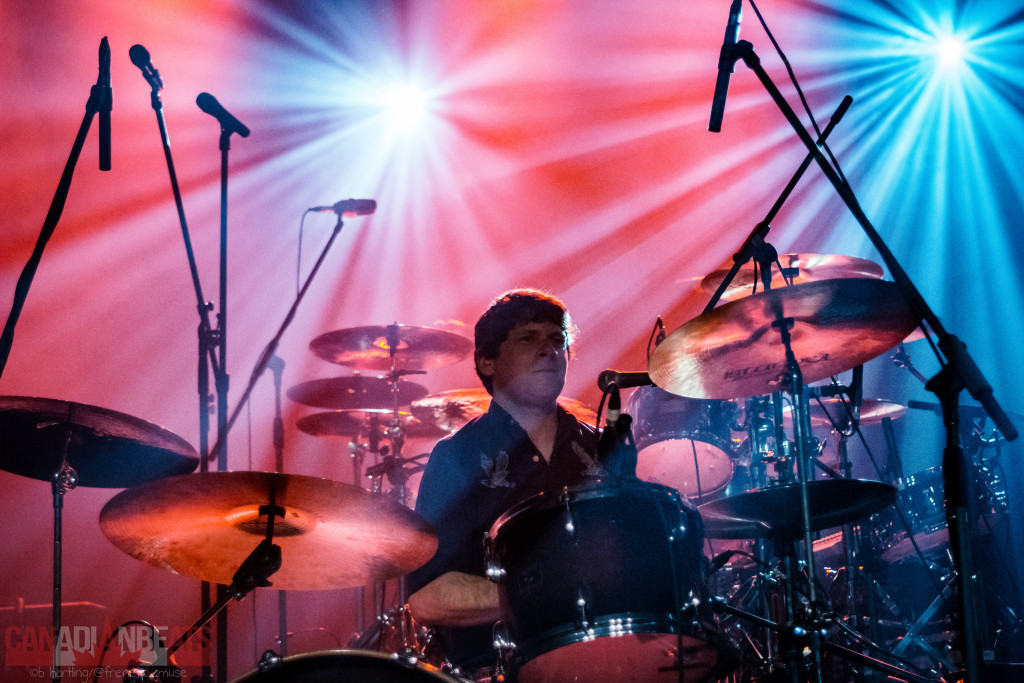 After a short break I was heading back stage front to wait for I Mother Earth to begin their set. As I stood there in the darkness waiting I found myself wondering what the next sixty minutes would hold for me because I’ve never been a hardcore IME fan. Of course I’d heard their stuff on the radio and seen their videos on the Much Music of my younger days, back when they still played primarily music videos, but I’d never gone out of my way to seek them out and I don’t really know any of their songs. Thankfully this is a familiar situation to find myself in and rather than feeling uncomfortable I often find these to be some of my favourite shows as I approach them with no preconceptions or expectations. So was the case with I Mother Earth who put on a highly engaging and energetic show and despite not being familiar with their set list I found myself thoroughly captivated.

It was impossible not to feed of the enthusiasm of the crowd and the sheer showmanship of that band, particularly lead singer Brian Byrne who was a perfect example of a total rock star performance. Ripping up the stage almost effortlessly during the entire set and engaging the audience between songs, I couldn’t take my eyes of him. Aside from the visual aspects Brian and the band also sounded fantastic and, on more than one occasion, I found myself banging my head and shaking my fist along with their biggest fans near the barrier at stage side and I found myself looking forward to exploring their discography on Spotify while editing the night’s photos. If you are unfamiliar with a band an introduction like I had with I Mother Earth is definitely the way to go. 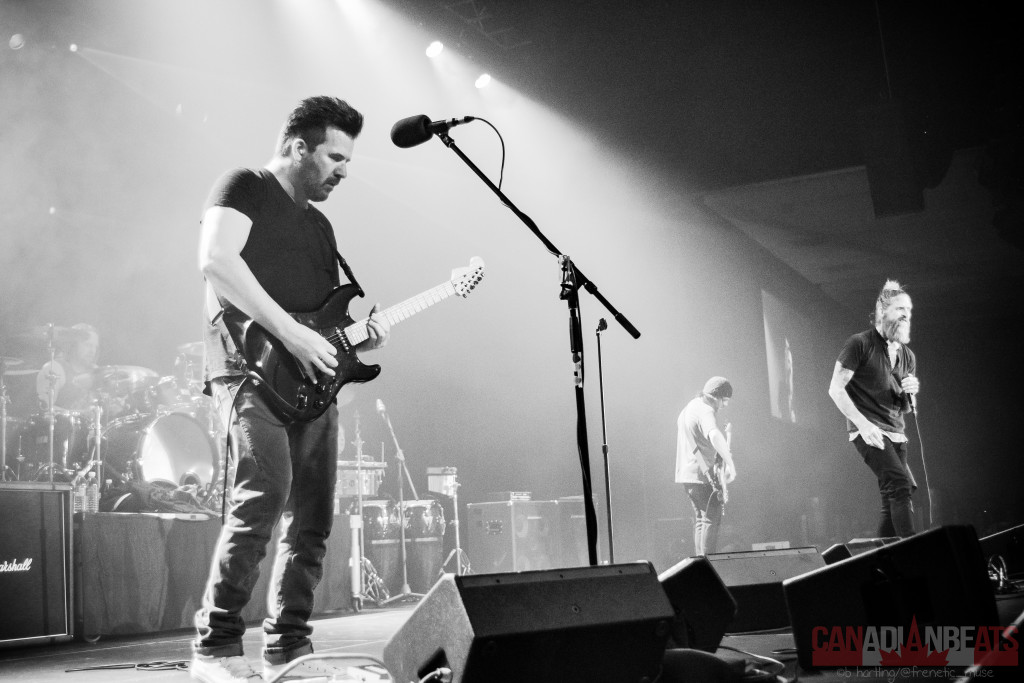 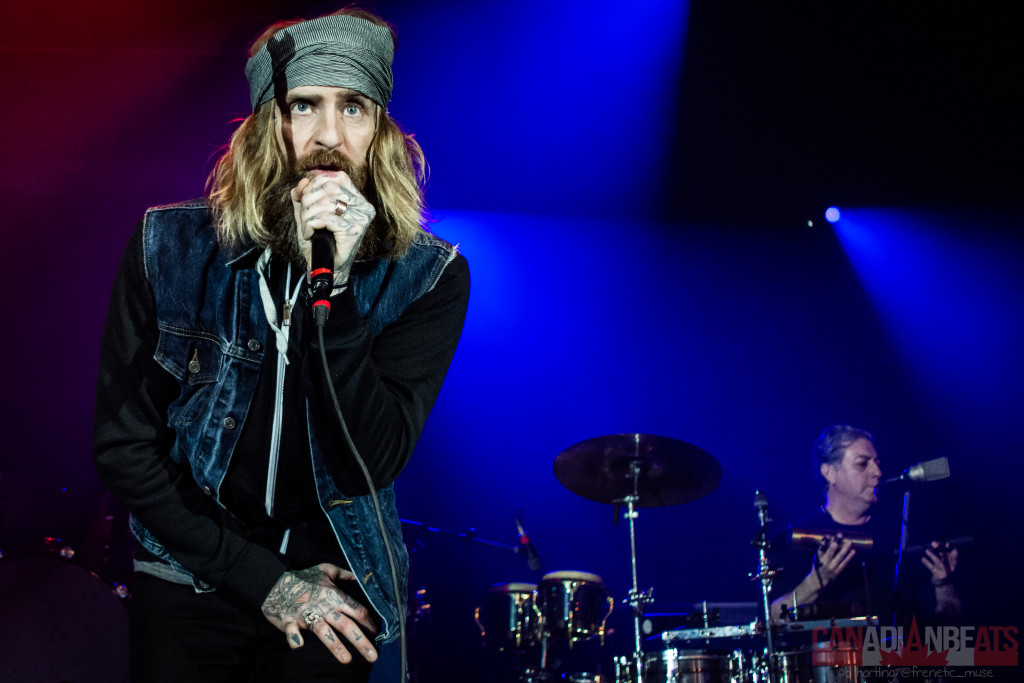 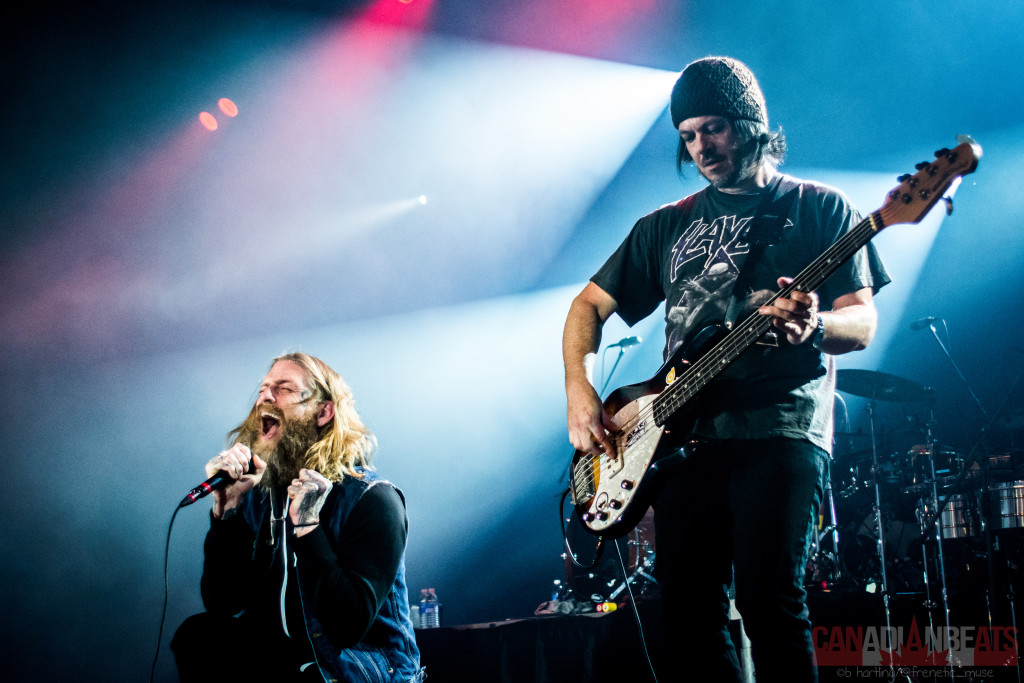 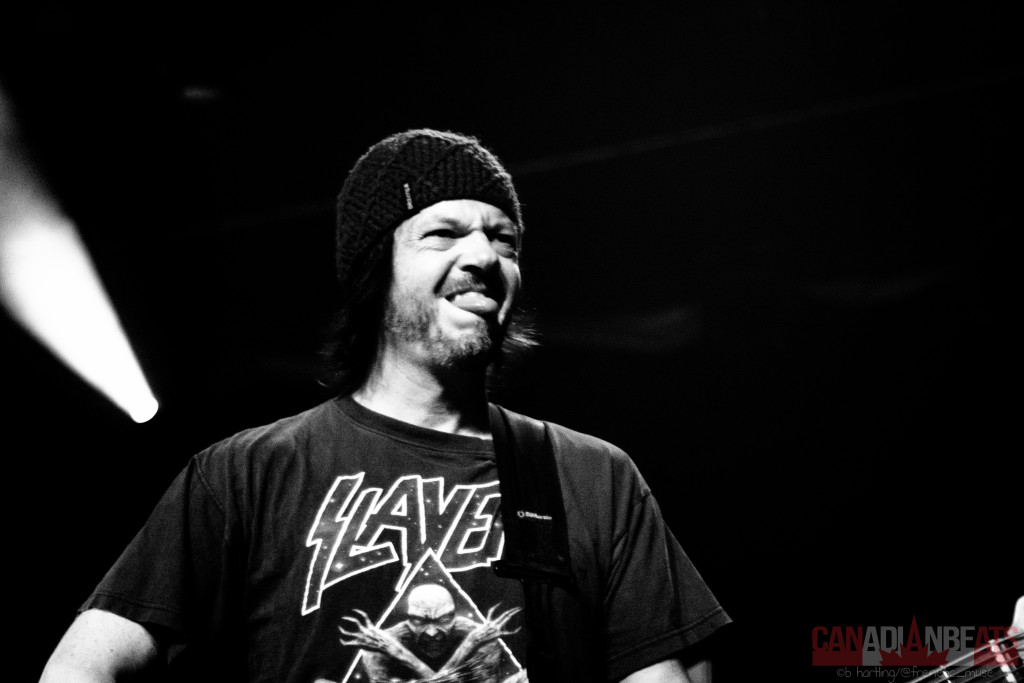 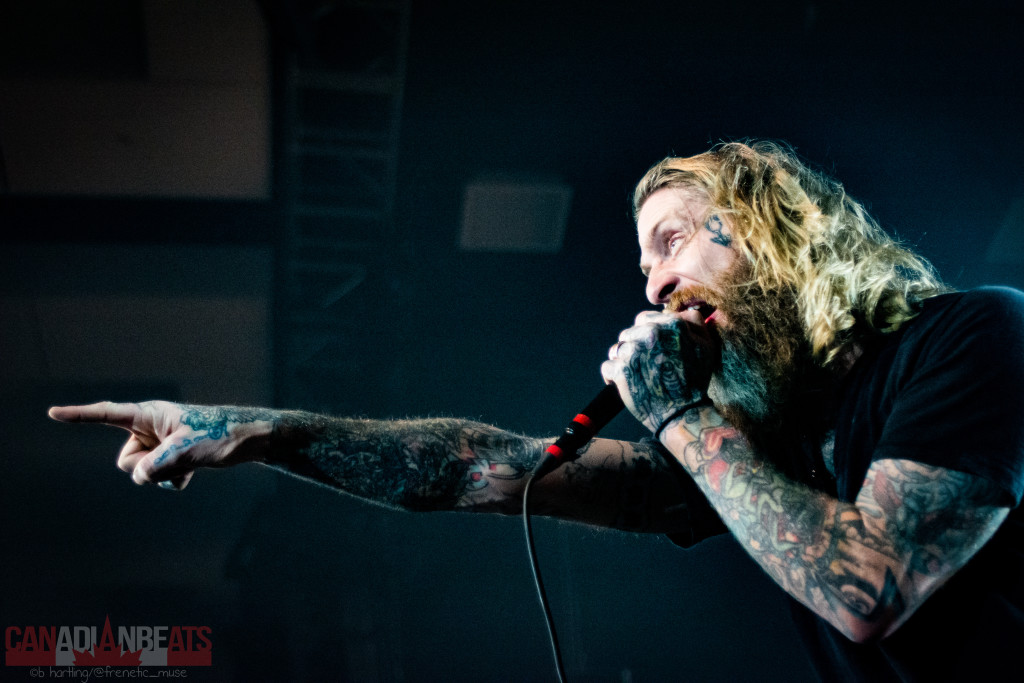 I don’t get star struck. I don’t go rabid fan girl. I just don’t. In this job it gets in the way and goes a long way to ruining your reputation in a world were reputation is everything, but standing in the pit watching Our Lady Peace walk on stage my heart did skip a beat. At the risk of dating myself, and knowingly repeating myself, Our Lady Peace are not only one of the most influential Canadian bands of my generation, but of my life in a very personal way. From the moment I picked up a camera and shot my first show I have always fostered the pipe dream of someday shooting one of there shows and there I was. From the start the sold out room had an air of electricity but when the band started playing Superman’s Dead as their second song the place exploded. 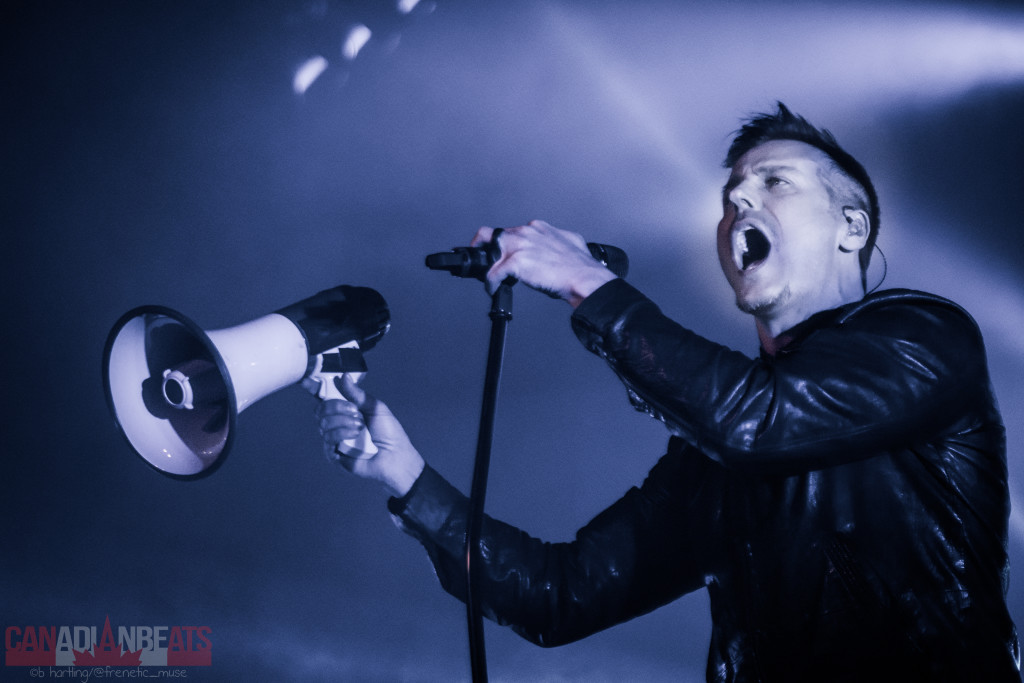 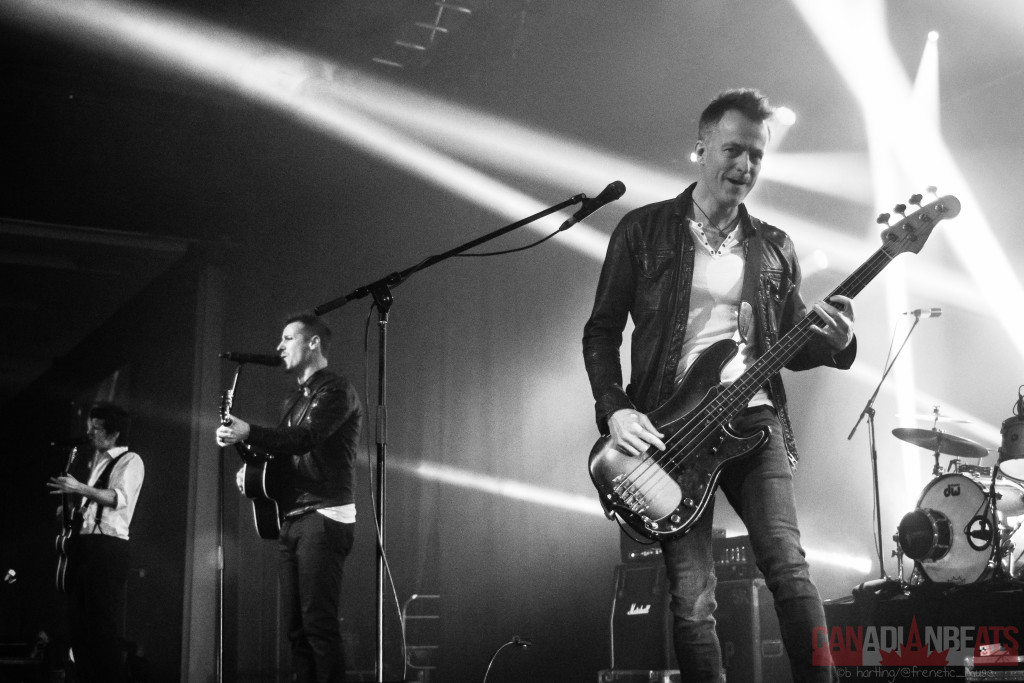 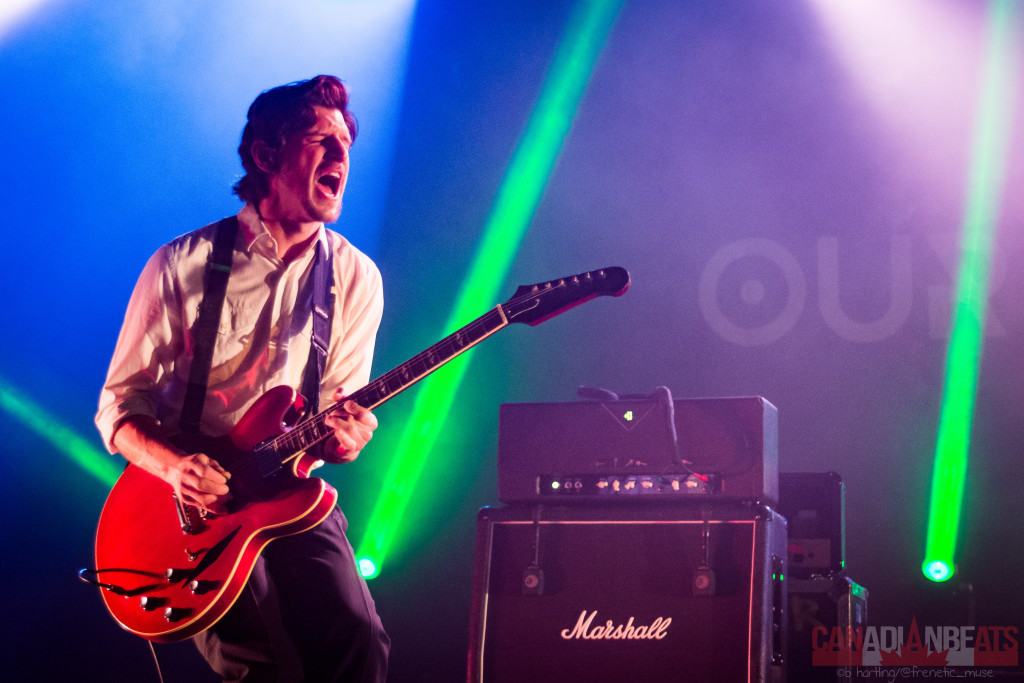 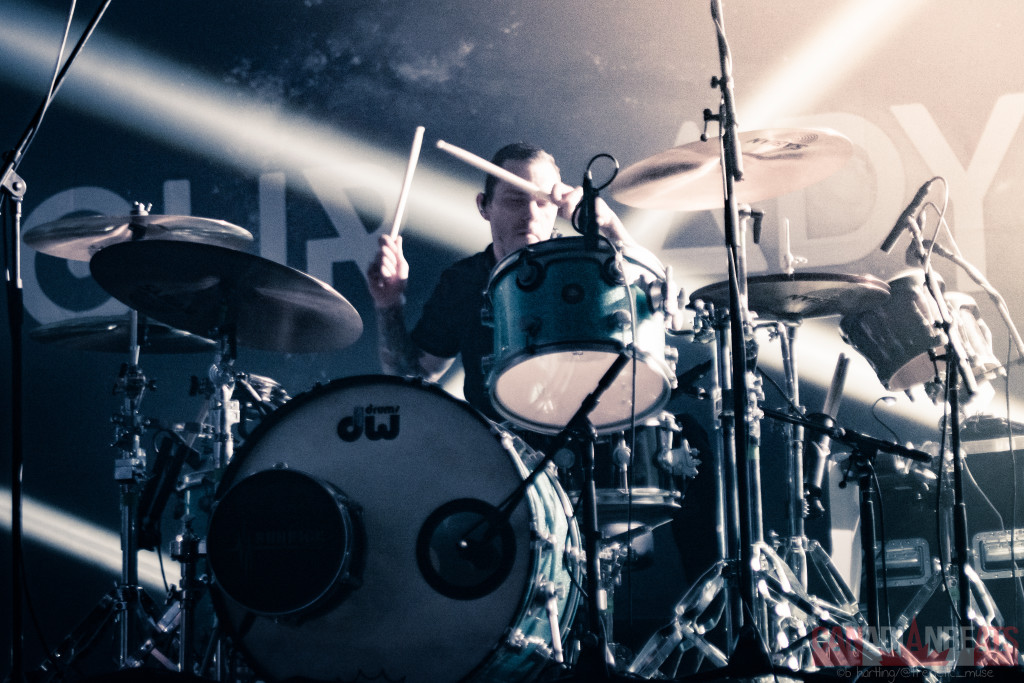 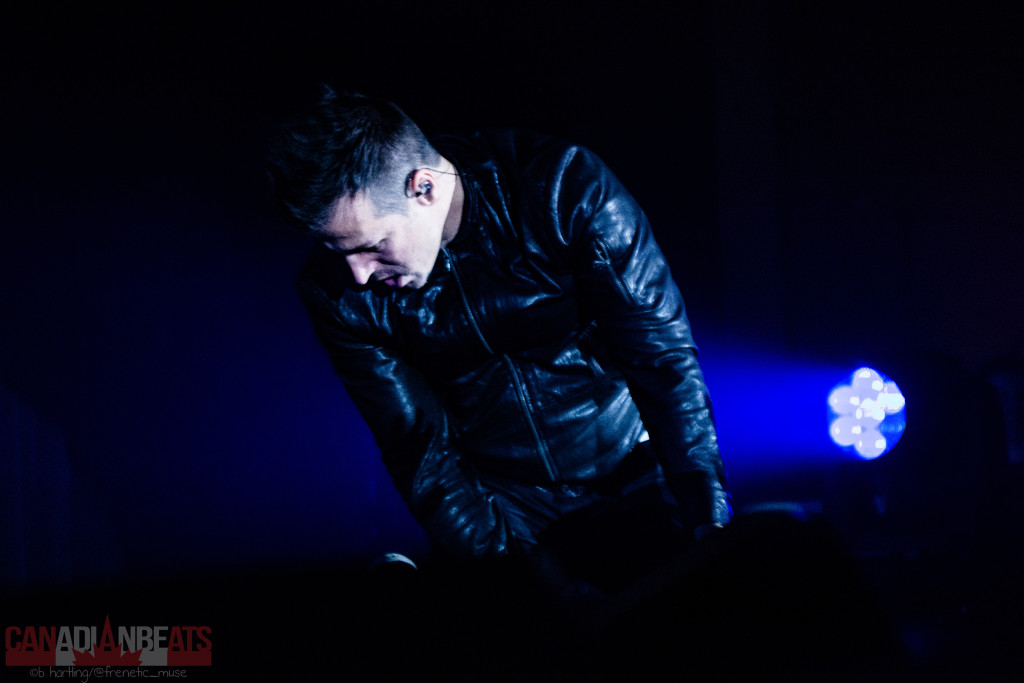 For the first time I can remember since taking up concert photography I was actually eager to get out of the pit and put my camera away. I spent the remainder of the evening stage side with Alert the Medic with a ridiculous grin on my face watching OLP in awe and belting out the lyrics along with Raine. Ringing in the New Year with a set heavy on old favourites like Clumsy, In repair and One Man Army we also got a sneak peek at a brand new song The Fix and were treated to a surprising cover of Lana Del Ray’s hit Summertime Sadness. The night ended when the pay off to a slow work up turned into a blistering performance of Starseed that had the audience erupting into screams and cheers.

And so I found myself gleefully making my way home in the early hours of the morning amidst drunken revelers, half-drunk myself on the sheer wonder of the night having rung in 2016 living out a dream come true. And so to you, faithful readers, I say happy New Year you mad, brilliant, beautiful bastards. My wish for you all is that you spend the year ahead rocking your scene and living the dream.

Want to see more photos from the show? Head to our Facebook page for many more!