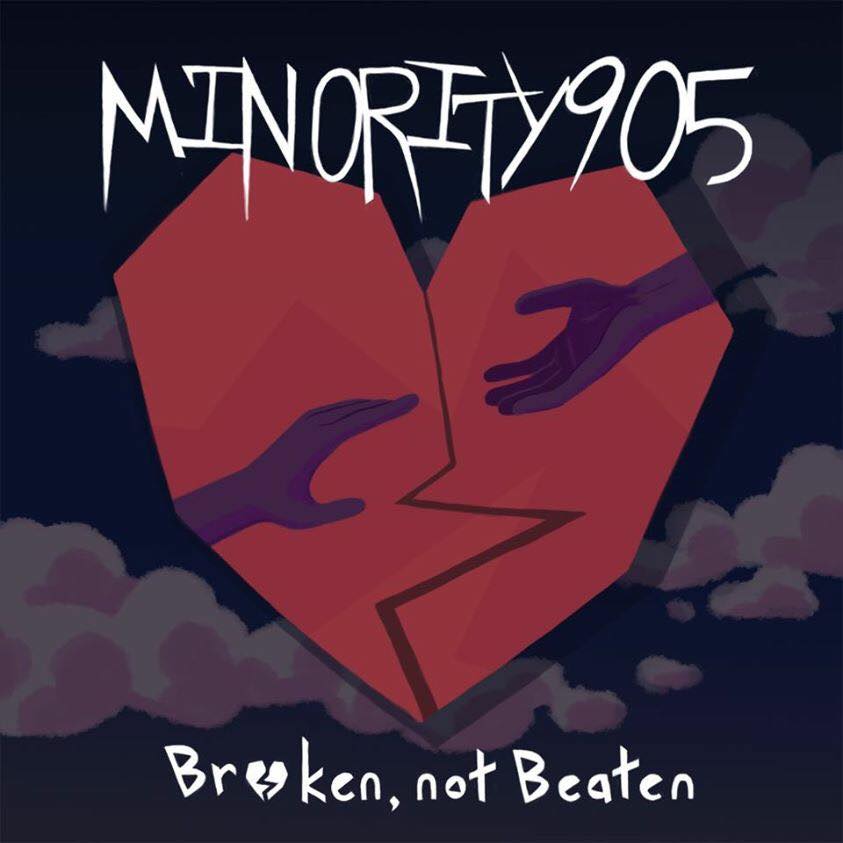 Minority 905 is a four member pop punk band from Mississauga Ontario. The band was formed in 2013 and created their name from the song ‘Minority’ by Green Day and the area code from which they live. Minority 905 has shared the stage with great talent such as Transit, Such Gold, and AMASIC. Minority 905 pull inspiration for their music from Green Day, Taylor Swift and All Time Low.

Minority 905 just released their newest album entitled ‘Broken, Not Beaten’, on December 12th. The album features 10 full length songs that demonstrate the bands core passion for what they love to do. I really enjoyed listening to the album, it was a nice mixture of songs put together to make a great album that I will listen to on repeat. The style of music that the band created for this album will appeal to audiences greatly and will likely have them loving it as much as I did. The top two songs off that album I really liked were ‘Hit and Run’ (Track one) and ‘Moon Walker’ (Track seven). Both songs are great to listen to and give the listener a feel for what the band is going for. Moonwalker is a slower song that highlights the vocals very well. I would highly recommend this album to everyone.