Show Review – From The Ruins

When: December 12, 2015
Venue: The Beach Bar and Grill
Where: Innisfil, Ontario

Two years ago, long-time friends Julien Michaud and Adam Skinner created From the Ruins, a rock band from Barrie, ON.  A few months later, they were joined by .  After several months of song writing and intensive jam practice sessions they felt that their music was polished enough to present it to the world.  They performed their first concert just over a year ago and have enjoyed a year of performing local shows, including opening up for Platinum Blonde a few weeks ago.  Having had the opportunity to catch this band in action several times, including at their most recent show at The Beach Bar and Grill, I can say with confidence that From the Ruins is ready to take their music to the next level.

From the Ruins paired up with Rock 95, The Beach Bar and Grill and 53rd & 3rd Shows to put on a holiday Christmas concert in support of the Rock 95 Toy Drive.  The show consisted of four solid sets of music ranging from solo acoustic performances by Michaud and Skinner and then switching it up to full electric sound for two more sets; one each of original music and cover songs.

While this band does a spectacular job with their cover songs, what sets them apart in my mind is their song writing.  With haunting vocals, thought-provoking lyrics and highly technical instrumentation, they demonstrate their potency in the Canadian music scene.  From the Ruins performed ten original songs, including their opening song, Slave, which features a heavy and aggressive sound with driving riffs, utilizing harsh vocals in the chorus as Skinner with his smooth voice and Michaud with his raspy tenor voice belt out, “I’m just a slave to the rhythm I am”.

The band displayed their softer side in their take of a power ballad, scattered amongst heavier moments of rock as the song ebbs and flows from the more subdued moments to fierce arena rock, with the song, Sorry.  It features a melodic chorus with a thundering performance by Lake on the drums, which is tempered by the seductive grooves of Barnett on bass.

From the Ruins drove home the intensity of their music by finishing their set with two stunning representations of their musical repertoire, Preacher and Thread.  Thread features a lengthy shredding solo from Michaud and has some of the heaviest moments in their set.  In my opinion, this song is also the most accessible and radio-friendly of their songs. 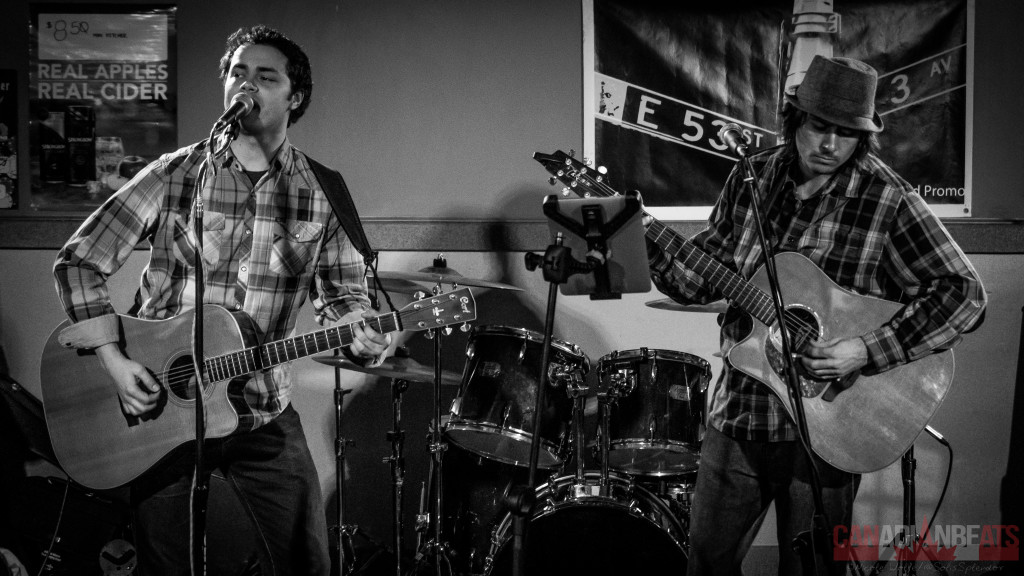 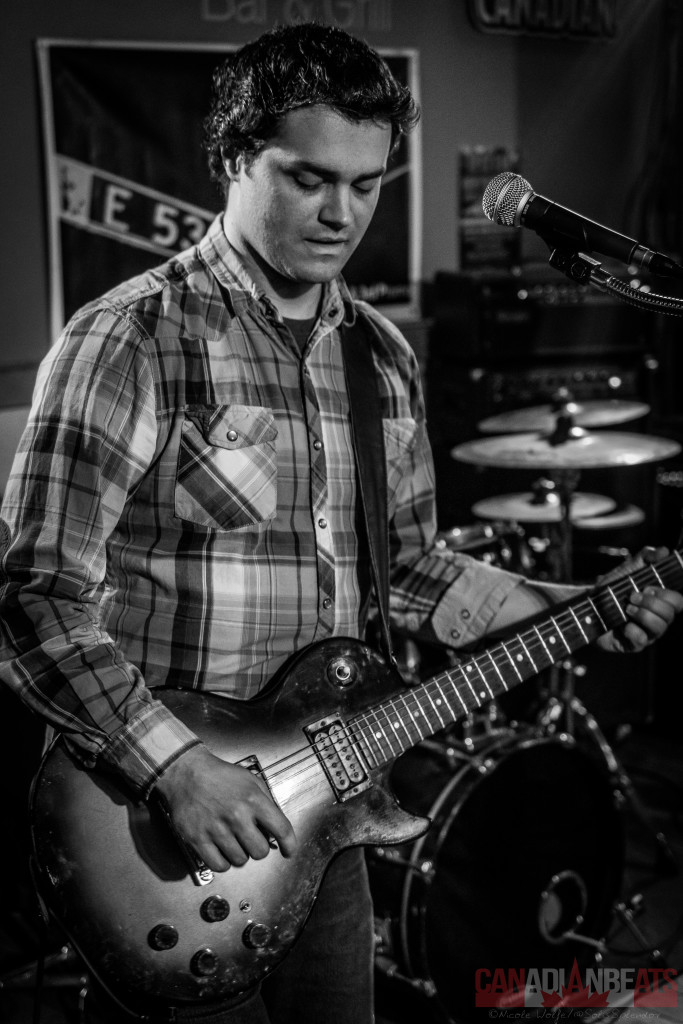 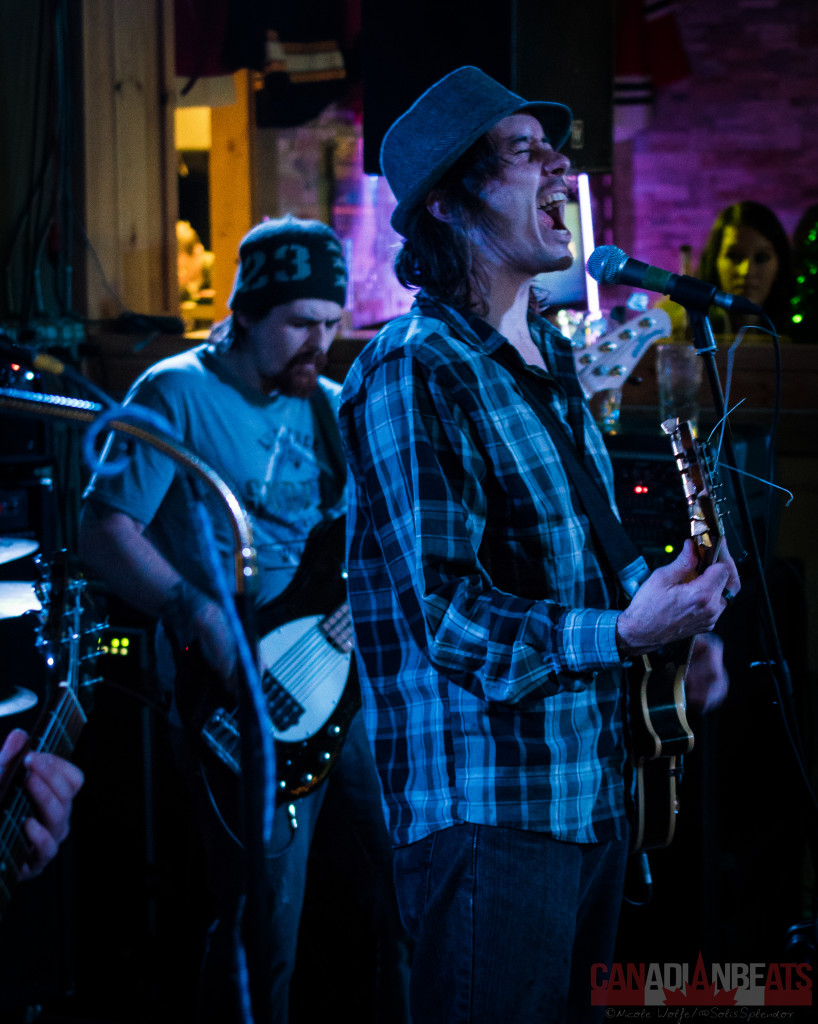 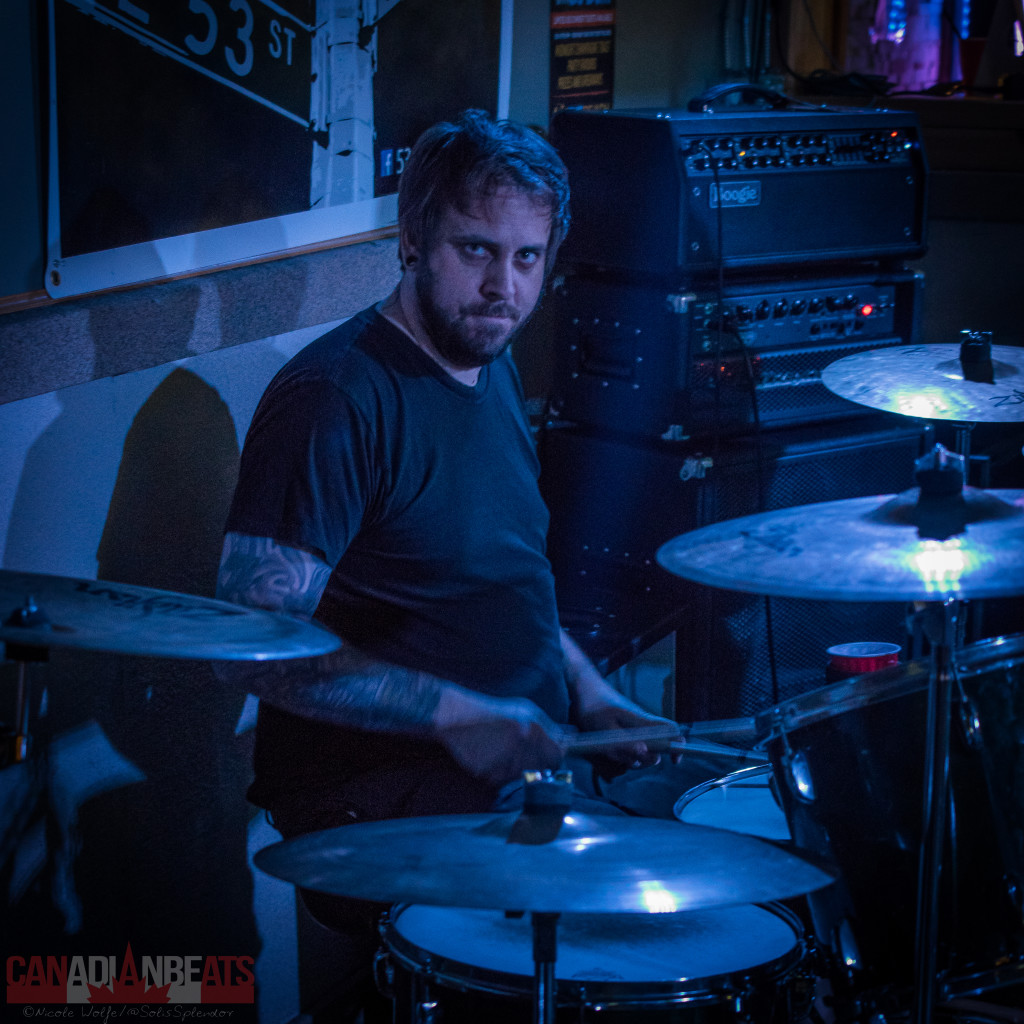 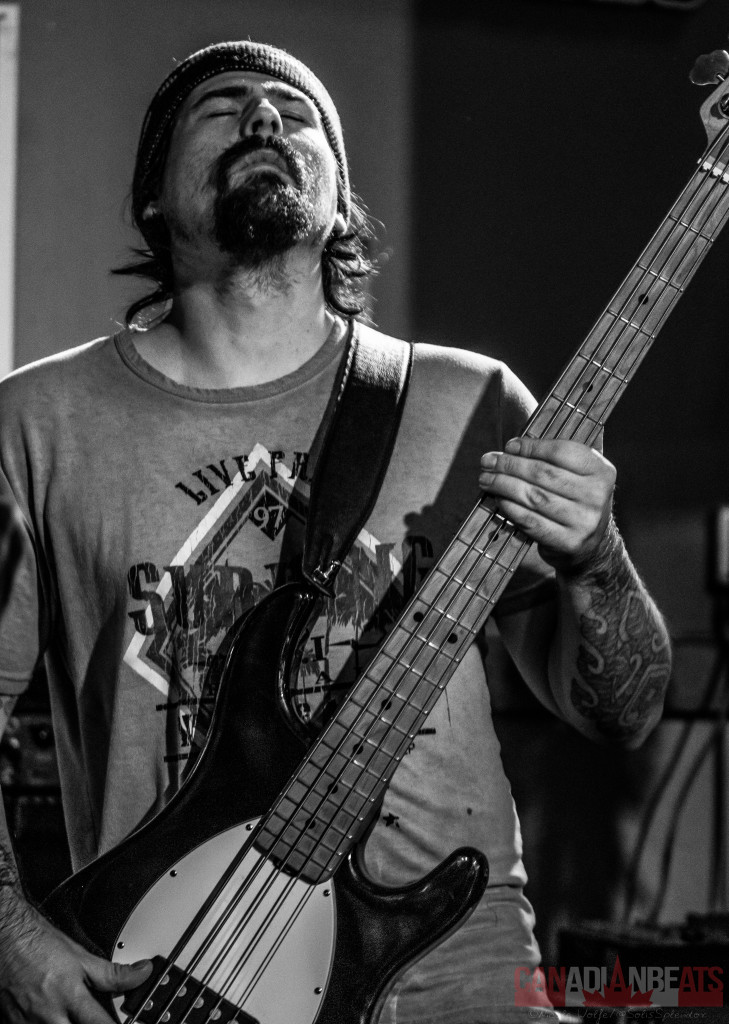 Michaud is no stranger to this venue.  Canadian Beats also caught him in action a few weeks ago as he performed a night of acoustic music, including covers and originals, as part of an Indie Acoustic Music Series. 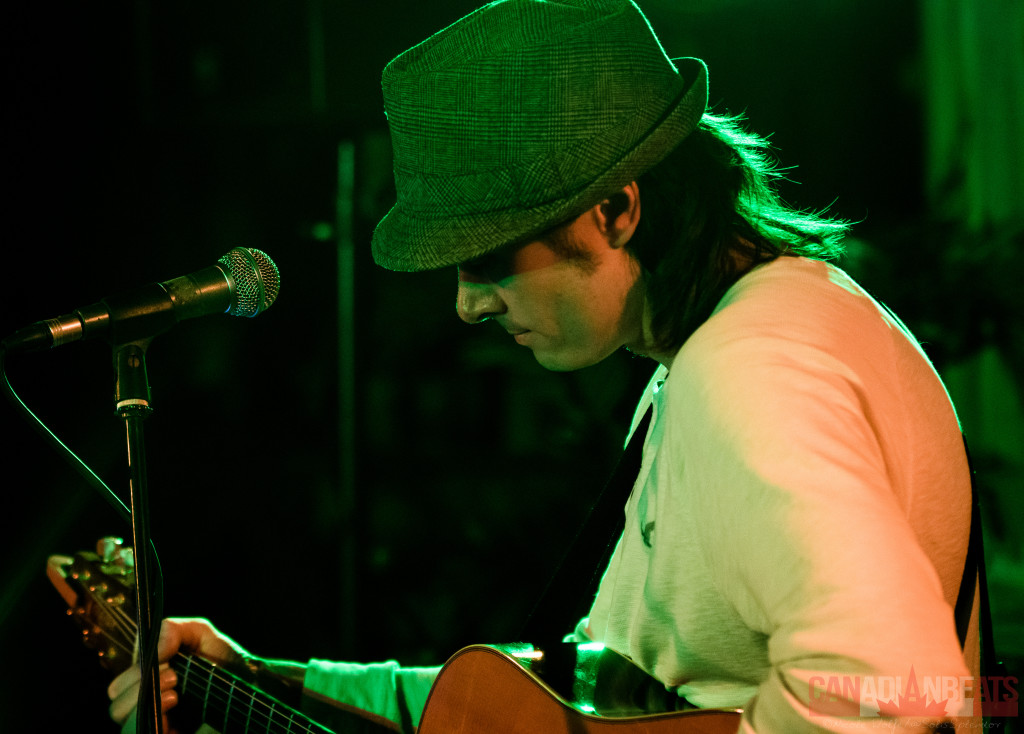 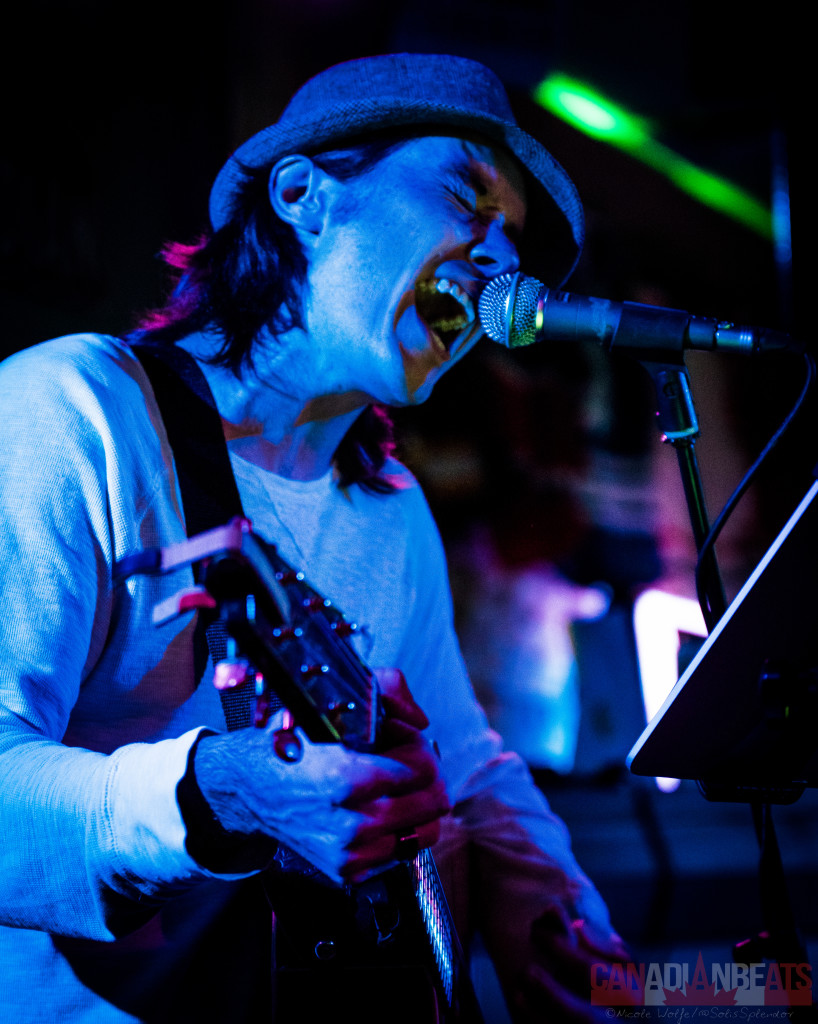 For even more photos of both evenings, be sure to check out our Facebook page!