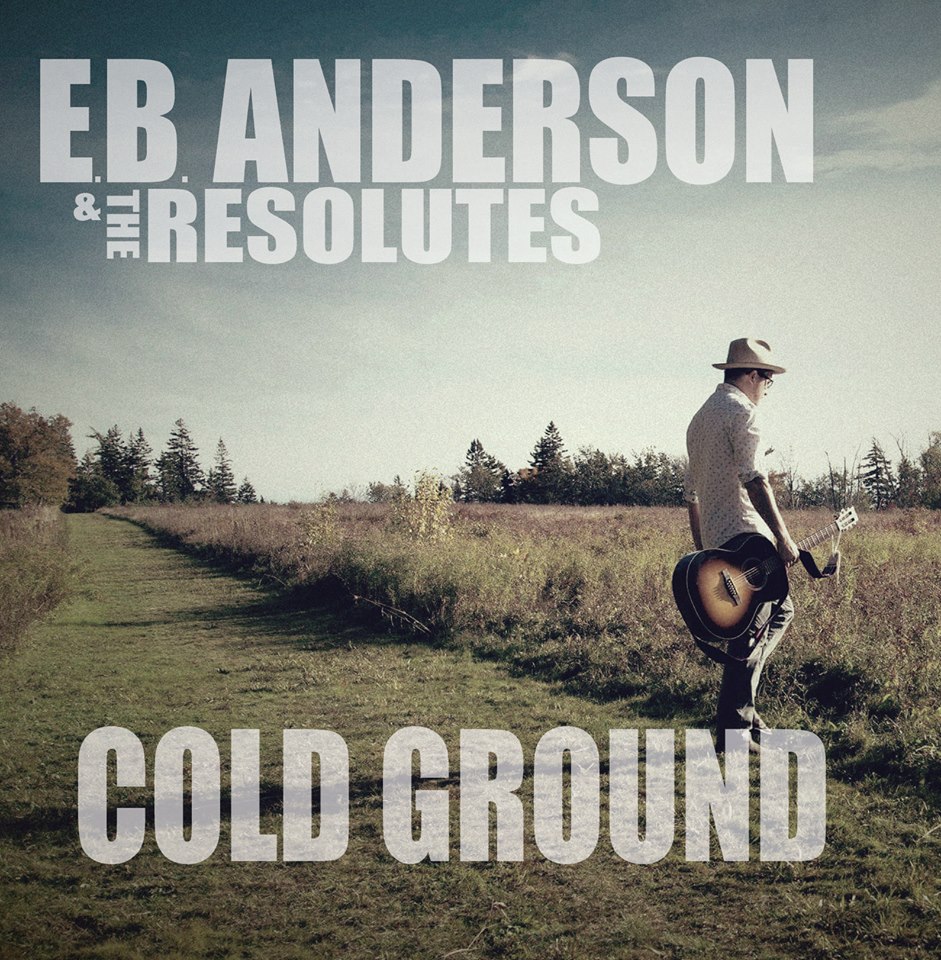 E.B. Anderson & The Resolutes are an Alt-Country band from Halifax, NS. The band released their album “Cold Ground” on December 18th, which was recorded over three nights in the summer at Sade’s Place in Herring Cover, NS.

“Cold Ground” features eleven tracks that completely blew me away. I wasn’t sure what to expect when I listened to it, but I was pleasantly surprised. Their sound is a mixture of country, roots, and folk. When the first song, “She Used To” began to play, I knew I was in for a treat.

As the album played on, I got more and more into the music and fell more and more in love with the vocals that were offered up. The fifth song, “See You Around” is one of my favourites on the album and I found myself singing along and getting pulled in instantly.

The other song that I have to touch on is, “White Knuckle Driving” which is the ninth song. I simply couldn’t get enough of this song, listening to it one time, two times, three times, on and on.

I recommend you all take a listen to this album, especially fans of country or folk. There’s so much personality behind these songs, I can’t see you won’t enjoy it!