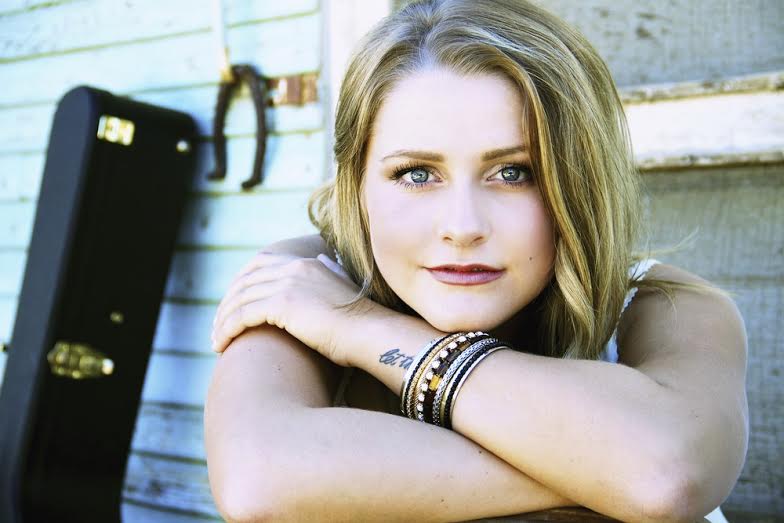 For Danielle Marie 2015 has proved to be a terrific year and the start of a very promising musical career. As the winner of the 2015 CCMA Spotlight Performance Marie earned herself a chance to showcase her talent at theLegends Show: A Tribute to Yesterday and Today during the Canadian Country Music week in Halifax, NS.With the new album Here Right Now, a new holiday single, and a promise of new music to come in 2016 Marie is on her way to becoming one of Canadian Country Music’s brightest rising stars.

Released in June 2015, Here Right Now has been making noise and earning attention within the Canadian country music scene and gaining Marie a whole ton of new fans along the way. Produced by the very talented Tom McKillip, the album includes the handy work of Marie’s strong and powerful vocals, some of Marie’s own original song writing, and the talents of some the best musicians and songwriters in country music. Darren Savard, Britt McKillip, John Ellis, Gord Maxwell, and Darryl Heavers are just some of the extremely talented individuals found on Here Right Now. Marie took some time to speak with Canadian Beats about how 2015 has shaped her as a new artist, and what is to come in 2016.

With the holiday season in full swing, Marie knew it would be exciting to release her own version of an iconic holiday song. Recorded in October 2015, “Santa Baby” has since been released for digital download on iTunes. “We had an amazing group of musicians working on “Santa Baby.” To have Robbie Buchanan, Tom McKillip, Jay Buettner, John Ellis, Pat Steward, and really just the best of the best musicians around was really amazing. I was trying to stay as true to the Eartha Kitt version as possible while turning it into a country song. We set it up to have a jazzy, swing-twist to it, but I really loved the original version. So that was what my focus was when it came to creating my own version.” Marie explains.

With “Santa Baby” available now on iTunes, the digital single has a special surprise for those who get their own download of the holiday treat. Marie went into the studio to record her version of the Carolyn Dawn Johnson hit, “Georgia.” Marie told us how “Georgia” came to be a part of the holiday single. “When it came time to perform at the “Legends” show I didn’t know what I was going to sing, and I only had a few days to get back to the CCMA organization. When “Georgia” came on the radio, I always knew the song. I instantly had goosebumps from the first note and I knew right there, this was the song for the show. Performing at the “Legends” show was such a milestone for me, I wanted to share that with everyone else, and so we went into the studio to record it. So now for those who download “Santa Baby” it’s basically a two-in-one deal because we tagged “Georgia” onto the back of that song.”

“Drive Away” is the newest single from Here Right Now. Set to hit country radio on January 5th, 2016 Marie reveals what is was like to work with country music song writing legend, Byron Hill. “We got in the room together, and I took him the chorus I had written for “Drive Away.” Instantly he loved it and he thought we should turn it into a song. Within 45 minutes we had the entire song written and finished. He was finishing my sentences and I was finishing his. We just bonded so well. My next trip to Nashville will be in January (2016) and he said he really wants to write more if my schedule allows, which would be incredible because Byron Hill is such an amazing person.”

Not only a gifted performer, Marie loves to articulate her words and feelings into her music and she explains a little how her process as a songwriter works. “Some people can just write hits on the fly, and myself I am beginning to get better at that. I really love to be inspired. It can be as simple as overhearing a conversation in the grocery store. I really do love co-writing as well because it almost forces that creativity out of me. It allows me to run ideas by someone else who might think it is a better idea then I might have thought. Sometimes you don’t always think your idea is good, but someone else might say “No that’s awesome, we should roll with it.” As a perfectionist if I don’t think something sounds just right I might push it off to the side, but in a co-write something great can come out of it. I love to write with other people as much as I can and that is one of the reasons I am looking forward to my next trip to Nashville.”

Here Right Now was released earlier this year in June, but true to being a hardworking artist Marie already has her next projects insight. “Sometimes people don’t see, but as the artist the music was recorded over a year ago. So for me the creativity flows and I constantly have new ideas for my music. As a 20 year old now, some of those songs were written when I was 17. I have definitely matured more as an individual and as an artist. So the plan is after my trip to Nashville will be to to have some new songs and to hit the studio with them. Eventually we are hoping for a new single, and possibly an EP.”

Here Right Now is available as a digital download through iTunes or to get your hands on a physical copy you can find one through the store on Danielle Marie’s website. With the song writing talents of Byron Hill, Kathleen Higgins, Phil Lehmann, Connie Harrington, Molly Reed, and even Marie herself the album is packed with great songs. The title track “Here Right Now” kicks of an entire album of fresh country songs. Marie’s vocals are strong and polished. Produced by Canadian country veteran Tom McKillip Here Right Now is a great addition to a country music collection. With 2016 in sight it will be very exciting to see what new adventures Danielle Marie will have in store for us.